Abroad, at home and in Twitter's ether, President Donald Trump unleashed a fusillade of statements over the past week as the Senate impeachment trial unfolded and the Davos economic forum played out in Switzerland. On impeachment, the state of the country, abortion, pollution and more, Trump didn't tell the story straight. A week in review.

Saturday, the defense of President Donald Trump began in his impeachment trial in the Senate. Here's a look at claims and issues raised by the president's lawyers as they lay out their response to the case made by the Democratic House managers prosecuting the articles of impeachment – for abuse of power and obstruction of Congress – against Trump.

Trump’s impeachment defense and the facts

President Donald Trump’s lawyers opened his Senate impeachment defense Saturday with the false assertion that Democrats tried to shut the president’s team out of the congressional inquiry that preceded the charges. Actually, Democrats invited Trump to participate and he declined. Throughout their presentation, Trump’s lawyers accused the Democrats on the prosecution team of giving senators selective facts in the episode. Indeed they did — and Trump’s lawyers did the same as each side made its best case for and against Trump’s removal from office. A look at some of the statements from Trump’s defense.

The former vice president has made inaccurate claims this month about his record on Social Security, race and foreign policy.

President Donald Trump, who last year froze hundreds of millions of dollars in security aid for Ukraine, claimed “they got all” of it “long before schedule.” That’s false.

Biden vs. Sanders on Social Security and Medicare

Sen. Bernie Sanders and former Vice President Joe Biden have been trading barbs over Biden’s record on Social Security and Medicare. Sanders accuses Biden of saying “on many occasions we should cut Social Security,” and Biden accuses Sanders of lying and using a “doctored” video to mislead voters about his position.

At first, President Donald Trump stated inaccurately that no U.S. troops were injured in the Iranian missile attack against them in Iraq. Then he prematurely minimized those injuries as doctors tried to determine how severe they were.

Fact-checking Trump's defense: 'They got their money'

President Donald Trump repeatedly made false claims Wednesday about his handling of Ukraine foreign aid, seeking to publicly defend himself as Democrats began opening statements in the Senate trial on whether to remove him from office.

Multiple social media posts are spreading a bogus conspiracy theory about the deadly Wuhan virus. The posts falsely claim that the virus has been patented and a vaccine is already available. That’s not true; the patents the posts refer to pertain to different viruses.

White House lawyers distorted the facts on the impeachment process and other issues during the Jan. 21 Senate trial.

A review of the Democratic presidential candidate’s reported assets calls into question his claims that he no longer has investments in oil, gas and coal.

President Donald Trump gave a false account Wednesday of some of the circumstances that got him impeached.

Wednesday, the House Democrats began formal arguments in the Senate impeachment trial of President Donald Trump. A number of people involved made not-quite-accurate claims over everything from Trump's phone call July 25 with Ukrainian President Volodymyr Zelensky to the Obama administration's aid to Ukraine.

President Donald Trump gave a false account Wednesday of some of the circumstances that got him impeached.

Democratic Rep. Jerry Nadler went too far when he claimed that President Donald Trump “worked with the Russians to try to rig the 2016 election.” The special counsel investigation found there were “multiple contacts … between Trump Campaign officials and individuals with ties to the Russian government,” but it “did not establish … coordination” between the two.

Is This Lev Parnas at a Family Birthday Party with Donald Trump?

While this photo is nearly 30 years old, the claim that it shows the business associate of Trump attorney Rudy Giuliani has only been around since January 2020. 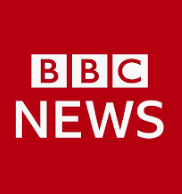 President Trump made a series of claims about his record in office - on the US economy and on the environment - during his speech to the World Economic Forum at the Swiss resort of Davos. We've looked at some of them.

The day before opening statements in the impeachment trial of President Donald Trump, his lawyers submitted a lengthy trial memorandum responding to the charges against him. Here are the facts around three of their main arguments in the President's defense.