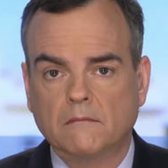 Tim Murtaugh is the communications director for President Donald Trump's reelection campaign. Previously, he did stints as communications director for the U.S. Department of Agriculture, the Republican Governors Association and U.S. Rep. Lou Barletta, R-Pa. Murtaugh worked in Richmond, Va. as a television reporter, a spokesman for the Republican Party of Virginia and for former state Attorney General Jerry Kilgore. He's a graduate of Temple University.