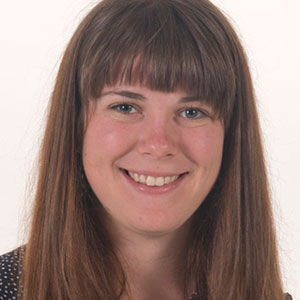 "In the past, we have foolishly released hundreds and hundreds of dangerous terrorists, only to meet them again on the battlefield — including the ISIS leader, al-Baghdadi, who we captured, who we had, who we released."

One ranking, not the only one

Says of Georgia, "for four years in a row, we are the No. 1 state to do business in."

Minimal, but not 'nothing'

Says Barack Obama found out about Russia "in August. Now, the election was in November. That's a lot of time. He did nothing about it."

"It's a longstanding policy of the Department of Justice not to comment on conversations that the attorney general has had with the president of the United States."

In 2008, "candidate Obama, he's not even president-elect, sends William Miller over to Iran to establish a back channel and let the Iranians know that should he win the election, they will have friendlier terms."

"Rubio: ‘Rape victims should be in custody if there is suspicion that they’re planning abortion.’ "

The investigator they cite recanted his story

Plenty of proof it was Russia

Democratic National Committee staffer Seth Rich "apparently was assassinated at 4 in the morning, having given WikiLeaks something like 53,000 emails and 17,000 attachments. ... It turns out, it wasn’t the Russians."

"What Trump is alleged to have done is actually no different than what Barack Obama did in April last year when he made it known that he didn’t want Hillary prosecuted."

What costs more, soldiers' Viagra or transgender health care? What about Mar-a-Lago trips?

Trump's announcement barring transgender service members brought out the examples of things that cost more than military spending on those troops' coverage.
By Joshua Gillin. Published on Thursday, July 27th, 2017 at 5:12 p.m.

President Donald Trump, speaking in Poland July 6, downplayed the strength of the intelligence community’s conclusion that Russia meddled in the election to his benefit because some news organizations recently corrected stories to clarify that four agencies, rather than 17, were directly involved in the January intelligence assessment.
By Lauren Carroll. Published on Thursday, July 6th, 2017 at 4:26 p.m.

His June 21, 2017, rally speech in Cedar Rapids ranged from health care to jobs to immigration to the Paris climate agreement.
By Joshua Gillin, Miriam Valverde. Published on Thursday, June 22nd, 2017 at 4:01 p.m.

In between tweets about typical presidential fare — jobs, the Army, the state of Wisconsin — President Donald Trump has been ranting in 140-character spurts about the Russia investigation and his former opponent Hillary Clinton.
By Lauren Carroll. Published on Friday, June 16th, 2017 at 2:25 p.m.

A graphic circulating on right-wing websites and social media titled the "Top 10 things we learned today" claims to tell you everything you need to know about James Comey’s June 8 Senate appearance. We sort our the facts.
By Lauren Carroll. Published on Friday, June 16th, 2017 at 12:03 p.m.

It seems like everyone in Washington tuned in for ousted FBI Director James Comey’s June 8 Capitol Hill hearing. But watching pundits, reading hot-takes and browsing Twitter afterward can make you wonder: Did we all watch the same hearing?
By Lauren Carroll, Allison Graves. Published on Friday, June 9th, 2017 at 3:56 p.m.

Ousted FBI Director James Comey was so concerned President Donald Trump "might lie" about their conversations that he wrote memos describing their meetings in detail. Several comments in Comey’s testimony contradicted statements by Trump and his White House staff.
By Lauren Carroll. Published on Thursday, June 8th, 2017 at 4:27 p.m.

Fired FBI Director James Comey corroborated several anonymous accounts published in media reports, as well as a claim by President Donald Trump, in congressional testimony he is expected to deliver at a June 8 hearing before the Senate Intelligence Committee.
By Lauren Carroll, John Kruzel. Published on Wednesday, June 7th, 2017 at 3:59 p.m.