PolitiFact has examined nearly 90 statements by Democratic presidential candidate Bernie Sanders but it hasn’t rated a single one Pants On Fire — a label reserved for only the wildest fabrications. He’s the only White House hopeful this year who has not felt that PolitiFact burn.

PolitiFact California is highlighting how the presidential hopefuls have fared with the truth as the Golden State’s June 7th primary draws near.

Our look at Sanders is part of our PolitiFact ‘Report Card’ series, which examines how accurate the people vying to be commander-in-chief have been. We’ve already profiled the records of Hillary Clinton and Ted Cruz.

All candidates focused this week on the New York presidential primary. But they’re also keeping an eye on California’s upcoming election, which could cement party nominations for Clinton and GOP frontrunner Donald Trump or result in contested conventions this summer.

For each person it examines, PolitiFact tracks how many and what percentage of their claims are rated True, Mostly True, Half True, Mostly False, False and Pants On Fire.

Sanders' PolitiFact report card is below. Click here for a dynamic look at the results.

Overall, the share of ratings on the true and false sides of the meter are similar for Sanders and Clinton. The former New York senator, however, has been fact-checked about twice as often. She’s also received three of the toasty Pants On Fire designations. Sanders has none.

As the Democratic race has intensified in recent weeks, PolitiFact has examined several claims by Sanders about Clinton. It checked Sanders’ April 10th statement on Meet the Press that Clinton supported and continues "to support fracking." The national fact-checking website found what it described as a "well-documented" record of Clinton’s support for fracking in the past. But that wasn’t the end of the story. It ruled "As secretary of state, Clinton supported and promoted fracking around the world. As a 2016 candidate, her support comes with conditions such as local choice, stronger environmental regulation and chemicals. Sanders’ claim is accurate but needs additional information. We rate it Mostly True."

Clinton was pointing to a 2005 vote by Sanders in favor of a law granting the gun industry certain immunity from lawsuits. PolitiFact found there’s no consensus among scholars about whether that law made the gun industry less liable than other industries, including the toy gun industry. It rated the claim Half True, meaning it’s partially accurate but leaves out important details or takes things out of context. 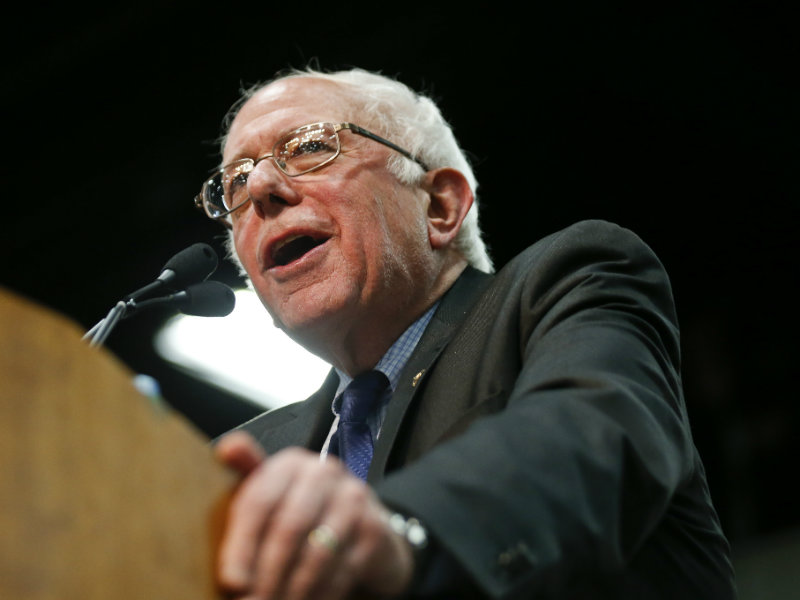 During his recent visit to California and throughout his campaign, Sanders has made voter turnout a key talking point. Stumping in San Diego last month, PolitiFact California labeled Mostly True his claim that "Today, the United States has, sadly, one of the lowest voter turnouts of any major country on earth." The statement is accurate, but we noted that voting is compulsory in several developed countries, a point Sanders left out.

The national PolitiFact team recently slapped Sanders with a Mostly False, however, for his April 12th claim that "We win when voter turnout is high, we lose when it is low." It found that "Sanders did notch a few notable victories in high-turnout primaries, but it would be cherry-picking to focus only on primaries. Sanders has mostly won caucuses, which have produced the lowest turnout rates of 2016 across the board." It continued: "The statement contains some element of truth but ignores critical facts that would give a different impression."

Clinton and Sanders have earned far fewer false ratings than either of the leading GOP candidates for president.

As of this week, PolitiFact had rated about two-thirds of Cruz’ claims either Mostly False, False or Pants On Fire. Meanwhile, it’s rated closer to three-quarters of Trump’s statements on the false side of PolitiFact’s Truth-O-Meter.

Contact PolitiFact California on Twitter @CAPolitiFact with interesting or provocative claims made by presidential candidates while they’re stumping in California. We’ll review them for a possible fact check.

PolitiFact, "Sanders largely off-base in saying he wins when voter turnout is high and loses when it's low," April 19, 2016