Sarah Sanders and the history of press secretary falsehoods

Back in May 2017, Sanders told reporters that "countless" FBI agents expressed their support for former FBI Director James Comey’s firing. She subsequently repeated the talking point.

But the redacted Mueller report says her remarks were "not founded on anything." When investigators questioned Sanders, she admitted there was no basis for her statement, blaming the falsehoods on a "slip of the tongue" and "the heat of the moment."

White House correspondents have criticized Sanders’ credibility, with one reporter, April Ryan, calling for her firing.

We decided to look into past press secretaries’ falsehoods to understand the significance of Sanders’ actions.

Past untruths from the press secretary’s podium

Former presidents — from Woodrow Wilson to Richard Nixon — famously have had strained relationships with the press. But what does it mean for the president’s official spokesperson to tell untruths?

But in most instances we tracked down, press secretaries have lied in order to protect American security or military interests abroad. In 1971, when asked if American and South Vietnamese forces were preparing to invade Laos, Nixon’s Ron Ziegler replied, "The president is aware of what is going on in Southeast Asia. … That is not to say anything is going on in Southeast Asia."

Jody Powell, Jimmy Carter’s press secretary, garnered criticism over his handling of the botched attempt to save hostages from the American embassy in Tehran. In the weeks leading up to the rescue mission, Powell assured the press that the idea had been abandoned.

During George W. Bush’s presidency, Ari Fleischer suggested there were weapons of mass destruction in Iraq; that proved false. Both Fleischer, as the face of the war effort, and the press have been accused of marshalling the American people into war. He has since attributed his statements to a "major intelligence failure."

Mike McCurry, Bill Clinton’s press secretary, told PolitiFact last year, "These questions about national security are the most sensitive and create the dilemma. You tap dance, but never lie."

Those who study political communications and public relations draw a bright line between spinning and lying, according to Northwestern University political science professor Larry Stuelpnagel. While it’s common for press secretaries to present facts that help justify the president’s actions or demonstrate widespread support for a policy, lying is frowned upon because it damages the credibility of the entire administration.

Sanders’ mistakes are not an isolated case within the Trump administration. Her predecessor, Sean Spicer, told falsehoods about voter fraud, surveillance of Trump Tower, and the crowd size at Trump’s inauguration. Hope Hicks, Trump’s former communications director, testified to Congress that she told "white lies" while representing the president.

The Mueller report says that Sanders spoke with the president after the Comey briefing and that Trump "told her she did a good job and did not point out any inaccuracies in her comments."

Perhaps the most pertinent historical example of a press secretary lying to protect their boss came from Ziegler, who dismissed Watergate as a "third-rate alleged burglary attempt." When Washington Post reporters Bob Woodward and Carl Bernstein kept digging, Ziegler accused them of "shabby journalism" and "character assassination."

In a piece for Politico Magazine, John Farrell, who authored the biography "Richard Nixon: The Life," wrote that the president "viewed Ziegler as a tool and a mouthpiece, not a trusted confidant."

Sanders has yet to acknowledge that she gave reporters false information about FBI agents expressing support for Comey’s firing. Instead, she’s on the offensive.

On ABC’s Good Morning America, George Stephanopoulos told Sanders, "The report exposes a culture of lying at the White House — the president lying, telling others to lie, and it calls your personal credibility into question."

In response, Sanders doubled down on her earlier comment, explaining that current and former members of the FBI "continue to speak out and send notice to the White House of their agreement with the president’s decision."

Stephanopoulos, who served as Clinton’s communications director, pressed her, "Why can’t you acknowledge that what you said then was not true?"

"I said that the word I used, 'countless,' and I also said — if you look at what's in quotations from me — it's that, and it's that it was 'in the heat of moment,' meaning that it wasn't a scripted talking point. I'm sorry that I wasn't a robot like the Democrat Party," Sanders replied. 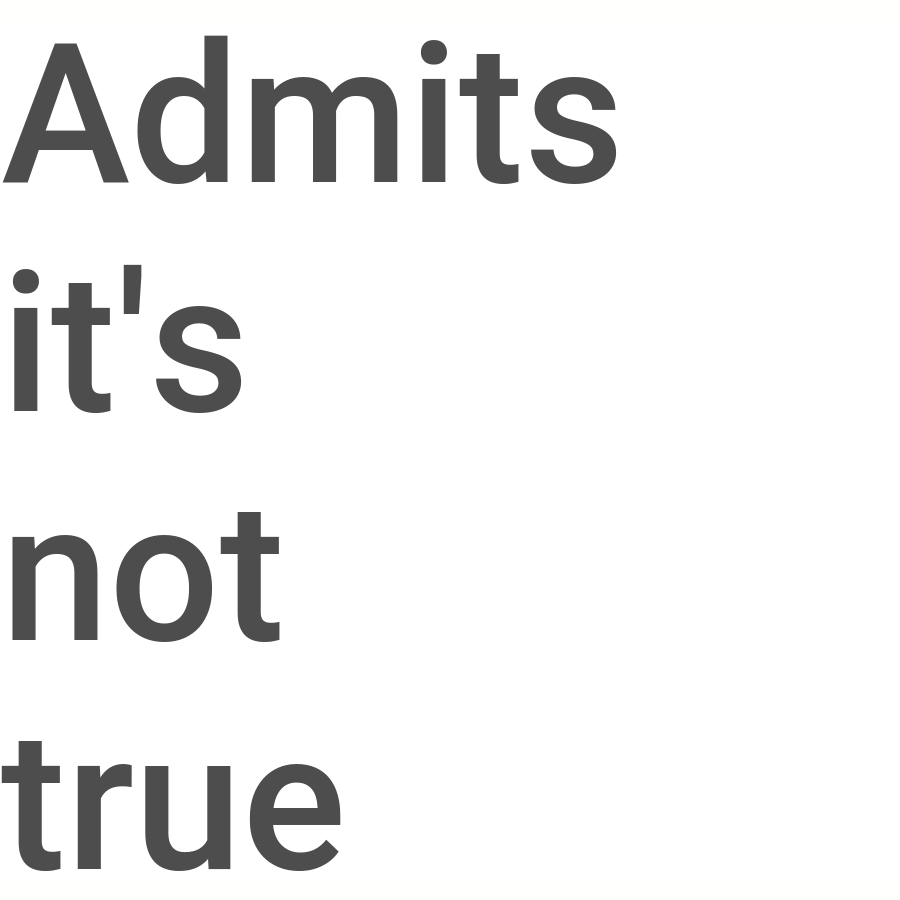 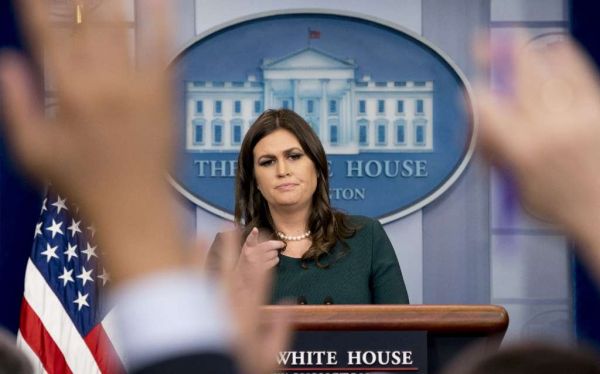 Department of Justice, "Report on the Investigation into Russian Interference in the 2016 Presidential Election," March 2019

Politico Magazine, "The Most Abused Press Secretary in History," March 19, 2017

Washington Post, "What to do about Sarah Sanders? White House reporters have a few ideas," April 22, 2019

History.com, "Presidential Feuds With the Media Are Nothing New," September 3, 2018

Democratic Senatorial Campaign Committee
stated on September 29, 2019 a tweet:
Says Thom Tillis voted to support Trump’s emergency declaration to fund the border wall even though it would "raid $80 million from North Carolina."

Michelle Malkin
stated on September 10, 2019 an appearance on The Ingraham Angle:
Says Pat McCrory "shepherded in driver’s licenses for illegal aliens in the aftermath of the 9/11 terrorist attacks."

Dan McCready
stated on August 28, 2019 a debate on WBTV:
Says Dan Bishop "took the only vote from either party — the only vote — against pharmacists being able to tell people about lower-cost drugs."

Eric Swalwell
stated on April 14, 2019 a campaign rally:
In 2017, the first piece of legislation that Republicans passed "made it easier for the mentally ill to purchase guns."

John Hickenlooper
stated on March 31, 2019 in an interview on MSNBC:
"We got to almost universal coverage in health care in Colorado."