Tweets
stated on October 27, 2021 in a tweet:
Says Marjorie Taylor Greene tweeted: “People can’t really be convicted on such flimsy circumstantial evidence as ‘having a similar gait’ or ‘owning the identical shoes’ or ‘being in DC and not having any alibi for that time’ can they?! I don’t recognize this America.”

As the special House committee investigating the Jan. 6 attack ramps up its examination into the riot, people are sharing a tweet attributed to Rep. Marjorie Taylor Greene, R-Ga., that appears to show her nervously responding to reports that members of Congress may have been in contact with organizers of the protest that led to the riot.

"People can’t really be convicted on such flimsy circumstantial evidence as ‘having a similar gait’ or ‘owning the identical shoes’ or ‘being in DC and not having any alibi for that time’ can they?! I don’t recognize this America." 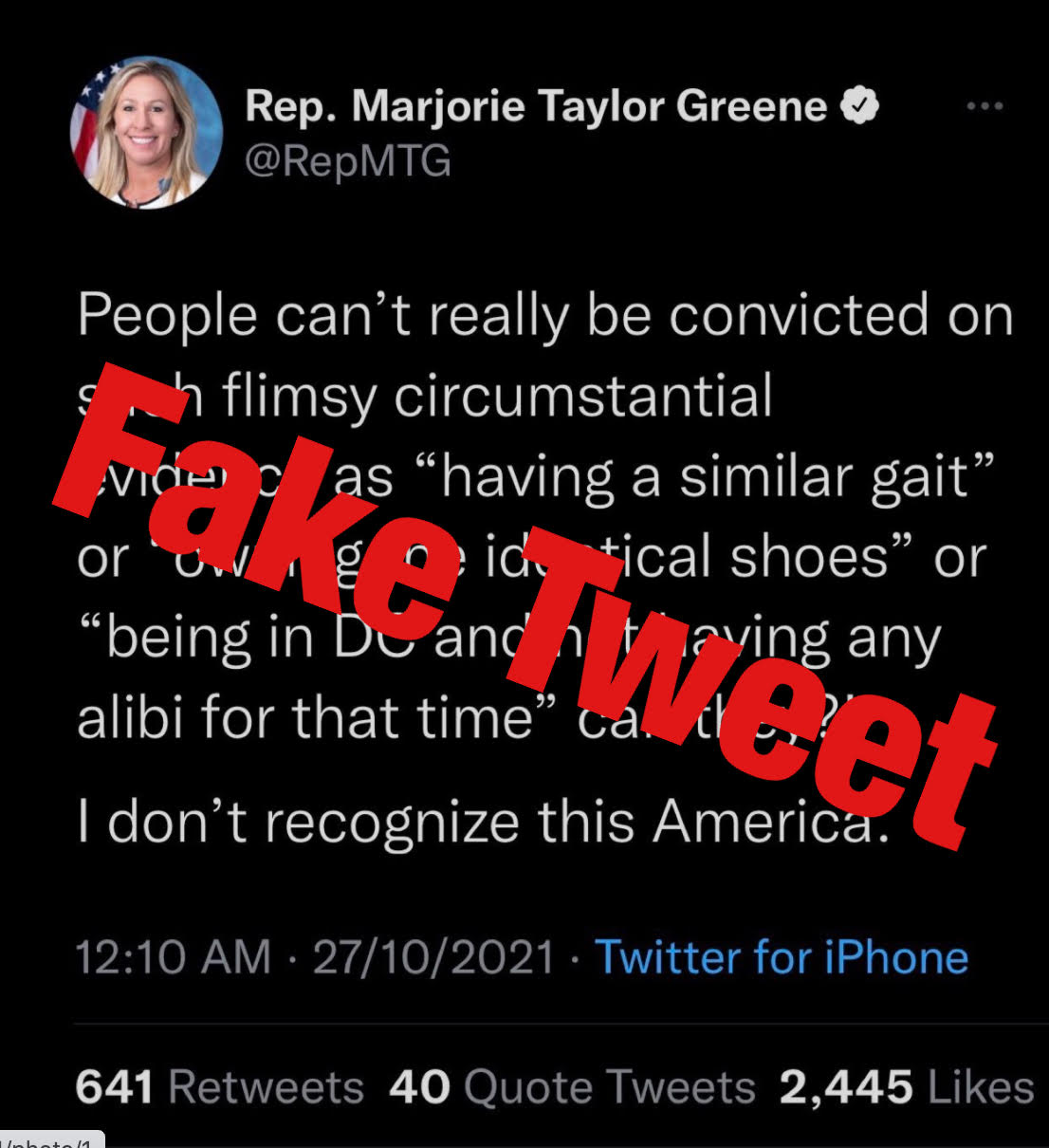 But Greene never wrote or posted this.

The fabricated tweet comes days after Rolling Stone published a story that reported some Jan. 6 protest organizers are in communication with congressional investigators regarding what they claim was the involvement of multiple members of Congress, including Greene or members of her staff, as well as Trump White House staff, in planning the day’s activities. Responding to the story, Greene has maintained she had no involvement in protest planning.

The message also doesn’t show up in the PolitWoops database, which keeps track of politicians' deleted tweets.

Greene’s spokesperson, Nick Dyer, confirmed to PolitiFact that the tweet is a "fake, doctored image."

We rate it Pants on Fire!