An old photo of an Indian Air Force helicopter hauling a tractor has been recontextualized online amid Russia’s invasion of Ukraine. Thousands of Facebook users are sharing a post that falsely claims the image shows NATO assistance in Ukraine.

The widespread image, shared March 10 on Facebook and with at least 29,000 likes, is the latest in the flurry of out-of-context photos and videos that have gone viral since the start of the war. 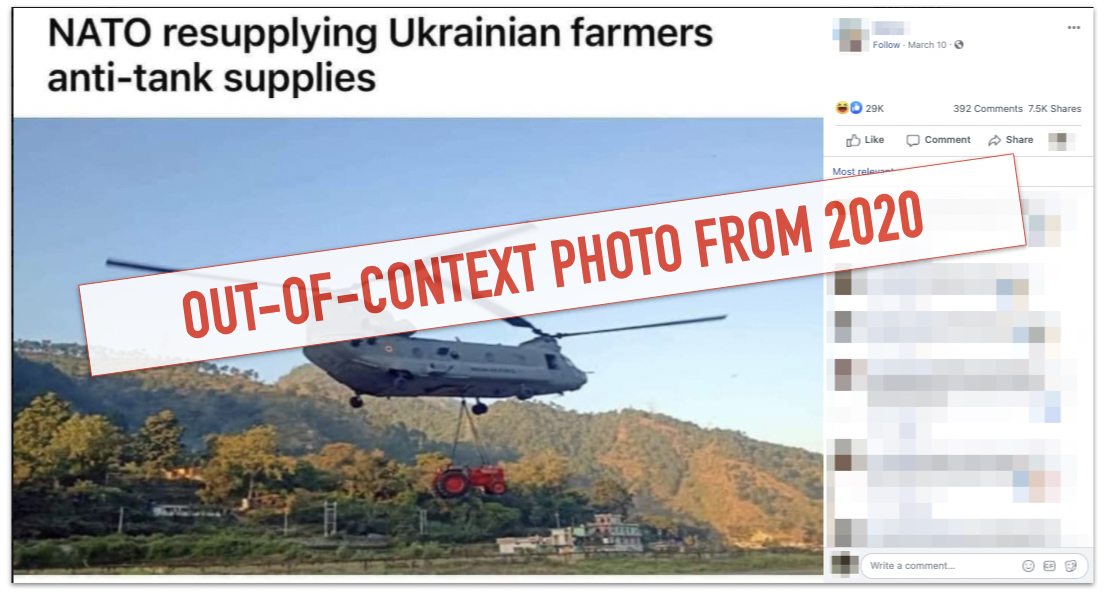 Tucker Carlson
stated on October 27, 2022 in a TV segment
The United States is "about to run out of diesel fuel ... by the Monday of Thanksgiving week."

The picture in the post dates back to at least 2020. PolitiFact found an earlier version of the same photo via reverse image searching. Mahindra Tractors, an Indian tractor manufacturer, posted it on Twitter in November 2020. It then appeared in some articles online.

But it is clear that the photo predates Russia’s 2022 assault on Ukraine and does not show NATO airlifting anti-tank supplies to farmers in the country, as the viral Facebook post claimed. The chopper in the 2020 photo is labeled, "Indian Air Force." India is not a member of NATO.