What you need to know about Hillary Clinton, Russia, and uranium

A 2016 campaign attack involving former Democratic nominee Hillary Clinton and her role in a uranium sale that involved Russia is back in the news.

With new revelations, increased media attention and reader requests, we decided to take another look. Because the details of the story are murky and based in part on anonymous sources, we won’t put any claims to the Truth-O-Meter.

Instead, we’ll explain what we knew previously, what new information has come to light, and what we still don’t know.

What we knew before

This complex tale involves a company with significant U.S. uranium assets, the Clinton Foundation, and a decision by several federal agencies to allow greater Russian influence in the United States’ uranium market.

It first emerged in the book Clinton Cash, a 2015 investigation by Breitbart News senior editor-at-large Peter Schweizer. The book looked into donations to the Clinton Foundation; an April 2015 New York Times article also documented the connections.

In 2007, Frank Giustra, a donor to the Clinton Foundation, sold his company, UrAsia, to another company, Uranium One, and unloaded his personal stake in it. The combined company kept Uranium One as its name but Toronto as its base. Under the terms of the deal, the shareholders of UrAsia retained a 60 percent stake in the new company.

Uranium One had mines, mills and tracts of land in Wyoming, Utah and other U.S. states equal to about 20 percent of U.S. uranium production capacity. Its actual production is a smaller portion of uranium produced in the United States, at 11 percent in 2014, according to Oilprice.com.

In 2009, Russia’s nuclear energy agency, Rosatom, bought a 17 percent share of Uranium One. In 2010, Rosatom sought to secure enough shares to give it a 51 percent stake.

On the one hand, Russia doesn’t have a license to export uranium outside the United States, so, as Oilprice.com noted, "it’s somewhat disingenuous to say this uranium is now Russia’s, to do with what it pleases."

That said, the possibility that a foreign entity would take a majority stake in the uranium operation meant that the Committee on Foreign Investment in the United States, or CFIUS, had to approve the deal. So did the U.S. Nuclear Regulatory Commission and Utah’s nuclear regulator.

The membership of CFIUS includes the State Department, meaning that the Secretary of State would have had a voice. The panel also includes the attorney general and the secretaries of the Treasury (who chairs the committee), Defense, Commerce, Energy and Homeland Security, as well as the heads of the Office of the U.S. Trade Representative and the Office of Science and Technology Policy.

CFIUS did approve the proposal, and in 2013, Russia assumed 100 percent ownership of Uranium One and renamed the company Uranium One Holding.

Why would the United States allow the transfer of a uranium company?

As others, including a New York Times’ investigation, have suggested, the United States was still seeking to "reset" its relationship with Russia and trying to get the Kremlin on board with its Iran nuclear deal. But another factor may have been that, at the end of the day, the Russian deal wasn’t that big.

Russia’s purchase of the company "had as much of an impact on national security as it would have if they set the money on fire," said Jeffrey Lewis, a nuclear nonproliferation expert at the Middlebury Institute and former director at the New America Foundation, in an interview with PolitiFact last year. "That’s probably why (CFIUS and the NRC) approved it."

In June 2016, we fact-checked a statement by then-candidate Donald Trump -- who was running against Clinton for president -- that Clinton’s State Department "approved the transfer of 20 percent of America’s uranium holdings to Russia, while nine investors in the deal funneled $145 million to the Clinton Foundation."

We gave the statement a rating of Mostly False. While the connections between the Clinton Foundation and the Russian deal may appear fishy, there was simply no proof of any quid pro quo.

One, Trump seemed to say that Clinton bears all of the responsibility for the deal’s approval. That is incorrect.

Clinton told a New Hampshire TV station in June 2015 that "I was not personally involved because that wasn’t something the secretary of state did." And Jose Fernandez, who served as assistant secretary of state for economic, energy and business affairs under Clinton and represented the department on the panel, told the Times that Clinton "never intervened with me on any CFIUS matter."

But even if you don’t take either Clinton or Fernandez at their word, the reality is that the State Department was just one of nine government agencies that signed off on the transaction.

Second, while we concluded that nine people related to the company did at some point donate to the Clinton Foundation, we found that the bulk of the $145 million came from Giustra. Guistra said he sold all of his stakes in Uranium One in the fall of 2007, "at least 18 months before Hillary Clinton became secretary of state" and three years before the Russian deal.

We couldn’t independently verify Giustra’s claim, but if he is telling the truth, the donation amount to the Clinton Foundation from confirmed Uranium One investors drops from more than $145 million to $4 million.

The main exception is Ian Telfer, an investor who the New York Times found donated between $1.3 million and $5.6 million to the Clinton Foundation during and after the review process for the Russian deal.

So while Trump was within his right to question links between foundation donors and their ties to Uranium one, his specific charge was exaggerated.

Meanwhile, the Washington Post Fact Checker subsequently looked at a similar Trump statement: "Remember that Hillary Clinton gave Russia 20 percent of American uranium and, you know, she was paid a fortune. You know, they got a tremendous amount of money." 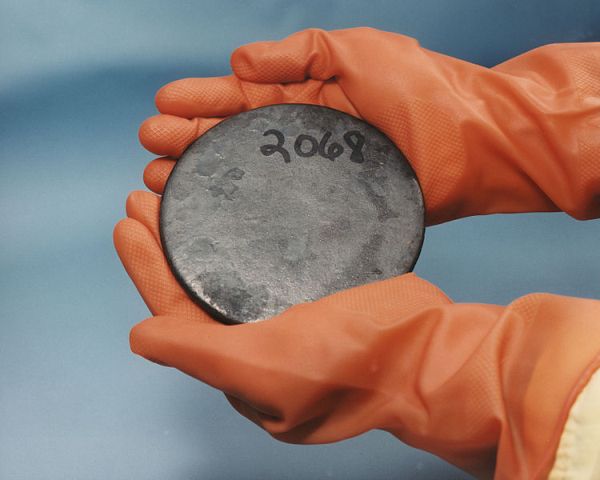 Why this story is coming up again

After Trump won the presidency, the Uranium One story received relatively little attention -- perhaps because Clinton is now a private citizen rather than serving as president. But that changed in the wake of a report published in the Hill newspaper on Oct. 17, 2017.

The article’s key finding was that by the time CFIUS was weighing the deal, the FBI had been investigating whether Russia was trying to gain influence in the U.S. nuclear industry. The report said that the FBI has already "gathered substantial evidence that Russian nuclear industry officials were engaged in bribery, kickbacks, extortion and money laundering designed to grow Vladimir Putin’s atomic energy business inside the United States."

The implication of the Hill article is that Clinton either did know, or should have known, about problems with the Russian bid for Uranium One before deciding whether to let it go forward. (Clinton, the FBI and the Justice Department did not provide a comment on this story.)

The article cited FBI, Energy Department and court documents showing that the FBI had gathered "substantial evidence well before the committee’s decision that Vadim Mikerin — the main Russian overseeing Putin’s nuclear expansion inside the United States — was engaged in wrongdoing starting in 2009."

However, rather than bringing immediate charges in 2010, the article said, the Justice Department "continued investigating the matter for nearly four more years, essentially leaving the American public and Congress in the dark about Russian nuclear corruption on U.S. soil during a period when the Obama administration made two major decisions benefiting Putin’s commercial nuclear ambitions."

What remains unclear after the newest report?

The relevance of the Hill report  for Clinton’s role would be whether she knew anything about this investigation at a time when she could have used her role in CFIUS to block the Russian deal. (It could also be relevant for the actions by then-Attorney General Eric Holder, whose department has a seat on CFIUS.)

For now at least, we aren’t aware of any evidence that Clinton knew anything about the FBI investigation. If anything, the Hill’s reporting suggests the opposite.

The Hill article quoted Ronald Hosko, who served as the assistant FBI director in charge of criminal cases when the investigation was underway, saying that he did not recall ever being briefed about Mikerin’s case.

" ‘I had no idea this case was being conducted,’ a surprised Hosko said in an interview," the Hill article reported.

At least one key lawmaker -- then-Rep. Mike Rogers, R-Mich., who chaired the House Intelligence Committee at the time -- also said he did not know about the investigation.

If the assistant FBI director at the time knew nothing of the investigation, then Clinton -- someone in a different department and several rungs higher in the organizational chart -- might not have known about it.

Stewart A. Baker, a partner at the law firm Steptoe & Johnson, was skeptical that such information would have reached the Secretary of State -- "at least not until she was asked to weigh in on the transaction, and that would only happen if it were deeply controversial, which it was not. In my experience, the State Department was always one of the quickest agencies to urge approval of a deal, and they did that without checking with the Secretary."

The vast majority of cases that CFIUS reviews are handled by lower-ranking staffers and appointees, added Stephen Heifetz, a partner at the law firm Steptoe & Johnson who specializes in CFIUS law.

"Even though the heads of the CFIUS agencies comprise CFIUS as a matter of law," he said, "it is relatively rare to have a cabinet secretary directly involved in a CFIUS case."

That said, several experts said they were surprised that word had not filtered up from the FBI.

The FBI "is well represented as part of the Justice Department’s CFIUS team," Baker said. "It would be somewhat surprising to me if a company was under scrutiny as a buyer in CFIUS and simultaneously under investigation for criminal behavior by the FBI, but the criminal investigation was not known to the FBI’s representatives on CFIUS."

In addition, it’s Justice Department policy to consolidate all Foreign Corrupt Practices Act inquiries within department headquarters in Washington, said Michael Koehler, a professor at Southern Illinois University School of Law and an expert on the Foreign Corrupt Practices Act. This makes word of those cases more likely to reach top officials than other types of investigations.

And the fact that the Mikerin case included a confidential informant makes it "more likely than not that top Justice Department or FBI officials either knew of the inquiry or should have known of the inquiry," Koehler said.

Even if word had filtered up to CFIUS this way, it might not have been enough to scuttle the deal, Heifetz added.

"CFIUS often has cleared transactions when there is adverse information about foreign investors but no apparent risk to national security," he said.

Ultimately, we don’t know enough to be able to say whether the apparent lack of information about the FBI investigation among higher ups was due to internal reporting failures or the more mundane reality that ground-level FBI investigations take time to mature and solidify.

But for now, there isn’t enough evidence to suggest that Clinton’s actions -- ill-advised as they might have been -- were any more problematic than it seemed they were a year ago. 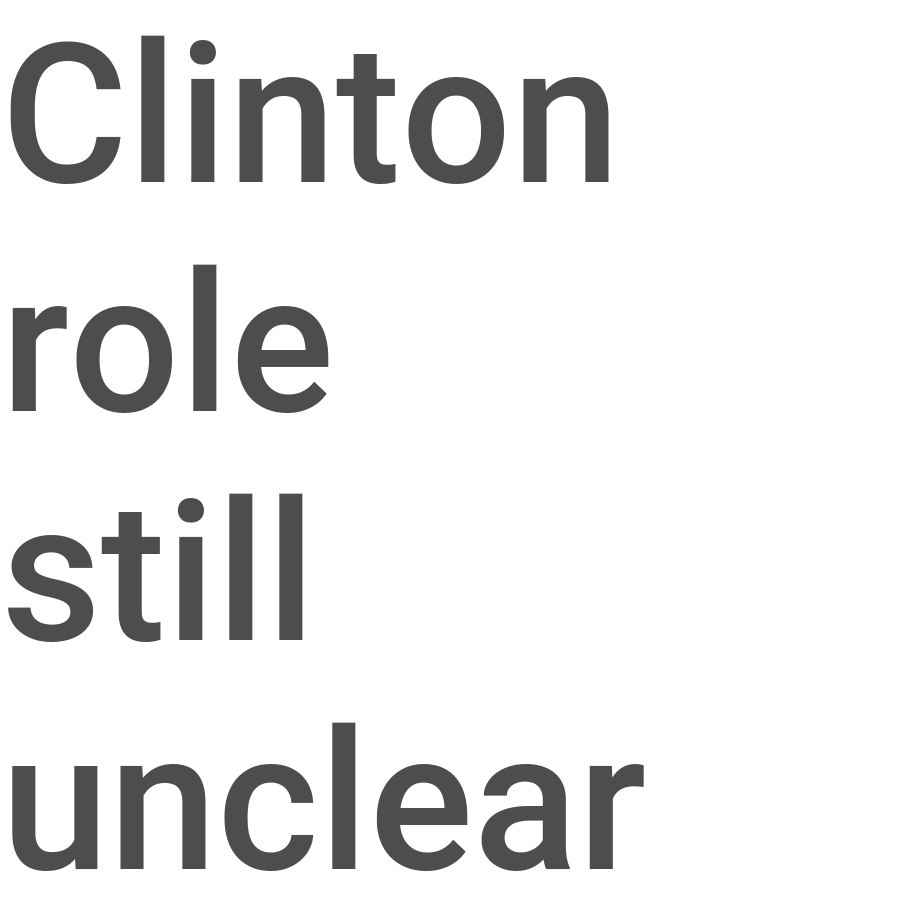 Names in this article: Hillary Clinton