Donald Trump says he doesn’t know his accusers. Does he?
By Jon Greenberg December 15, 2017

President Donald Trump is again being forced to address questions about uninvited sexual dealings with women, the same reports that surfaced during the presidential campaign. Trump continues to receive criticism when there are new reports about the transgressions of other politicians, entertainers and journalists.

Four women who shared their accounts of Trump in 2016 held a press conference Dec. 11 to call for an investigation. Trump responded on Twitter the next day.

"Despite thousands of hours wasted and many millions of dollars spent, the Democrats have been unable to show any collusion with Russia," he tweeted Dec. 12. "So now they are moving on to the false accusations and fabricated stories of women who I don’t know and/or have never met. FAKE NEWS!"

White House press secretary Sarah Huckabee Sanders said he was referring only to the women who were part of the preceding day’s press conference.

Here, we’ll review the 17 women who have reported at least some type of unsavory activity by Trump -- in some cases, behavior that is worse than unsavory. During the campaign, Trump denied all of it.

There are several accusers who dealt with Trump in the course of business. Other encounters occurred more through happenstance. Others Trump met while he ran beauty pageants around the world.

The women he knew through business

Summer Zervos: Zervos was a contestant on the fifth season of The Apprentice, the reality show Trump hosted and where he served as executive producer. Zervos said that when she met Trump at Trump Tower in hopes of working for his company, he kissed her on the mouth and asked for her phone number.

A short time later, she said Trump asked her to meet him at a hotel in Los Angeles. When she arrived, she was taken to his room, where he grabbed her breast and attempted to pull her into the bedroom. Zervos said she resisted, that Trump stopped at some point and she went on to have dinner with him. She continued, unsuccessfully, to seek work with the Trump Organization.

Zervos has filed a defamation suit against Trump based on his denial in the campaign when he called all his accusers liars.

Jennifer Murphy: Another Apprentice contestant, but from the fourth season, Murphy said that Trump kissed her on the lips after a 2005 job interview. Murphy said she was a "little taken aback." Murphy told her story during the campaign but was a Trump backer.

Natasha Stoynoff: In 2005, People magazine sent Stoynoff, a journalist, to Mar-a-Lago to interview Trump and his wife, Melania. Stoynoff said that at a moment when she and Trump were alone, he "shut the door behind us. I turned around, and within seconds he was pushing me against the wall and forcing his tongue down my throat."

Stoynoff wrote the article, making no mention of the incident.

Jill Harth: Harth settled a 1997 sexual harassment lawsuit against Trump. In her complaint, she said she and her business partner, who was also her boyfriend, were at Mar-a-Lago to close a business deal with Trump. Harth said he pulled her into one of the children’s bedrooms.

"He pushed me up against the wall, and had his hands all over me and tried to get up my dress again," Harth said. "I had to physically say, ‘What are you doing? Stop it.’ "

A 1993 photograph of Harth (left) and Trump has circulated on Twitter.

In 2015, Harth emailed the Trump campaign, saying "I am definitely Team Trump." However, she told her story during the 2016 campaign after hearing Trump’s global denial of any misconduct.

Juliet Huddy: Huddy is a former Fox News Host who had a business lunch with Trump at Trump Tower in 2005 or 2006. There was some discussion involving work with The Apprentice. In an elevator, as they were parting, Huddy said Trump leaned over a kissed her on the lips. After she told her story in 2017, Huddy tweeted that she "was neither threatened nor offended."

Jessica Drake: Drake acts in and directs pornographic films. She met Trump at a golf tournament in Lake Tahoe where he asked for and got her phone number. Trump later invited her to his hotel room. She went with two friends; she said Trump kissed each of them without permission. She said she left soon after. Drake then related how Trump called and offered her $10,000 to have dinner with him. Drake has a photo of her and Trump.

Jessica Leeds: Leeds said she was seated next to Trump on a flight in the 1980s when he suddenly groped her breasts and tried to put his hand up her skirt.

Rachel Crooks: Crooks worked in a real estate development office in Trump Tower. Crooks said she introduced herself to Trump as they stood outside an elevator, whereupon he kissed her on the mouth.

Lisa Boyne: Boyne said a friend invited her to dinner with Trump at a restaurant in the mid 1990s. During the evening, Boyne said, several models were called over, and Trump looked up their skirts and commented on whether they were wearing underwear.

Mindy McGillivray: McGillivray was helping a friend as he photographed a Ray Charles concert at Mar-a-Lago in 2003. McGillivray said she felt a hand on her rear end, turned and saw Trump right behind her. McGillivray’s friend told reporters he remembered the incident.

Karena Virginia: While waiting for a ride at the U.S. Open Tennis Tournament in Queens, N.Y., Virginia said Trump, whom she’d never met, came over to her. She said he pulled her close and touched her right breast.

Kristin Anderson: Anderson said that at a New York club in the early 1990s, Trump put his hand up her skirt and touched her vagina through her underwear.

Cathy Heller: Heller said she met Trump at a Mother’s Day brunch at Mar-a-Lago. In an interview with the Guardian, she said Trump grabbed her firmly, and even though she twisted away, he planted a kiss on her lips. A relative recalled the incident.

Temple Taggart McDowell: The former Miss Utah in 1997 said Trump kissed her on the lips when they were introduced at a rehearsal for the event.

Ninni Laaksonen: Laaksonen was Miss Finland in 2006 and appeared with Trump on Late Show with David Letterman. During a photoshoot with other contestants, Laaksonen said Trump squeezed her rear end. There is a photo from the show.

Samantha Holvey and others: Holvey competed in Trump’s Miss USA pageant in 2006. Holvey said Trump came into the dressing room and looked "me over like I was a piece of meat."

Her account is consistent with how Trump himself described his habits at such contests. In a radio interview with Howard Stern, Trump talked about walking into the dressing room where women were at least partially undressed .

"You know, they're standing there with no clothes," Trump said in an April 2005 show. "And you see these incredible looking women, and so, I sort of get away with things like that."

A total of five contestants in a Miss Teen USA competition also told Buzzfeed that Trump came into their large shared dressing room when they were undressed.

On a Facebook post of the Miss USA 2013 participants, that year’s Miss Washington Cassandra Searles wrote that Trump "continually grabbed my ass and invited me to his hotel room."

If someone appeared on The Apprentice, had their picture taken with Trump, interviewed him, or had a relative confirm their story, it seems likely that at the very least Trump had met them. By that yardstick, Trump verifiably knew or met eight of the 16 accusers. It’s likely that all of the beauty pageant contestants also meet that standard, but we haven’t seen pictures of them standing side-by-side with Trump.

By no means can Trump claim to not know or have met all of the women who have talked about his sexual transgressions. 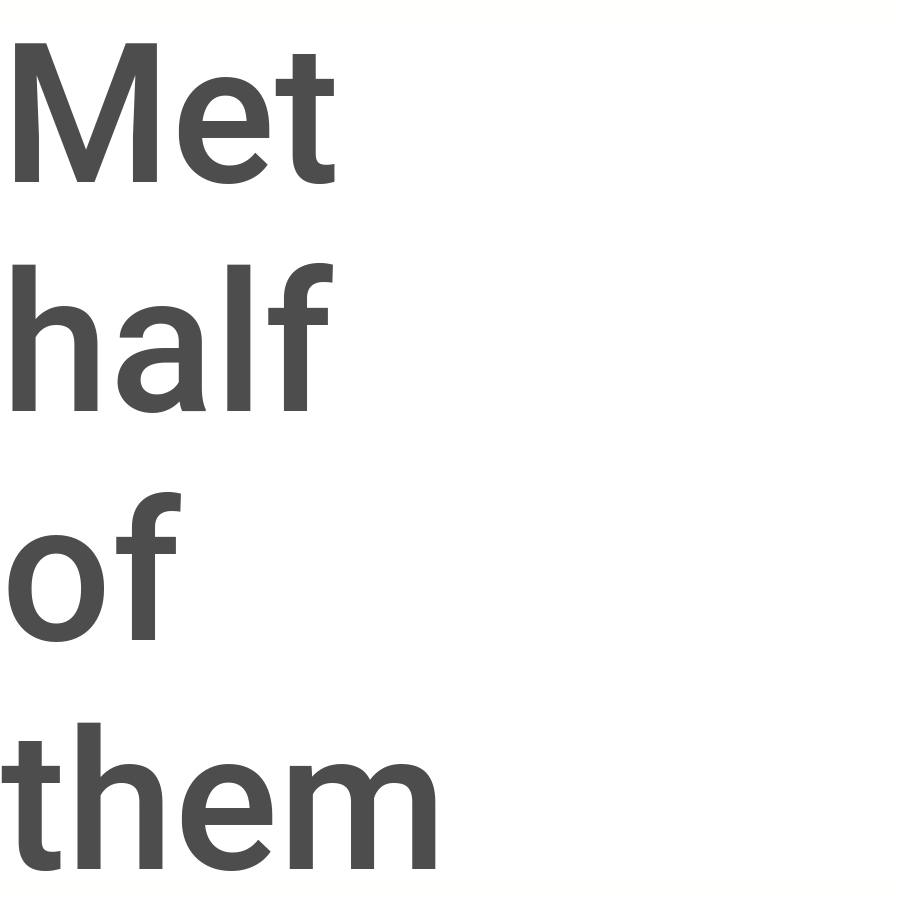 PolitiFact Rating:
Met half of them
Says he never met women who accuse him of inappropriate sexual behavior
Donald Trump
President of the United States
https://twitter.com/realDonaldTrump/status/940554567414091776

Washington Post, The growing list of women who have stepped forward to accuse Trump of touching them inappropriately, Oct. 22, 2016

New York Magazine, What Happened to the 19 Women Who Accused Trump of Sexual Misconduct, Dec. 12, 2017