What's in the final version of the tax bill?
By Louis Jacobson December 18, 2017

Sometime this week, the House and Senate are planning to vote on a tax bill that includes elements of legislation passed by each chamber in recent weeks. What’s in the final version of the bill? Here’s a rundown.

Tax brackets and rates for individuals

The number of tax brackets remains the same, but most income ranges will see decreases in rates and, in many cases, overall tax burden. Notably, the top tax rate is reduced from 39.6 percent to 37 percent.

And here’s the breakdown under the new bill:

Standard deduction and exemptions for individuals

The standard deduction nearly doubles under the bill -- from $6,500 for individuals to $12,000, and from $13,000 to to $24,000 for joint returns. This will mean that fewer taxpayers will have to itemize in order to reduce their tax burden. However, the personal and dependent exemption -- which had been $4,150 and indexed for inflation -- is repealed, shrinking the benefit of the higher standard deduction for many taxpayers. These provisions sunset after 2025.

Families will get additional child tax credits, and a portion will be refundable for households that do not earn enough to pay taxes. The tax credit for each child under 17 will double from $1,000 to $2,000, plus $500 for non-child dependents. It also applies to more affluent families than previously, phasing out at $400,000 rather than the current $110,000 for joint filers. These provisions sunset after 2025.

Fewer households will face the alternative minimum tax -- a separate tax calculation that ensures that individuals with extensive deductions still pay a minimum amount of tax. Currently, the tax kicks in at $164,000 for joint filers. That will go up to $1 million. The provision sunsets after 2025.

Residents in higher-tax states will be hurt by changes to the state and local tax deduction. The amount that can be deducted previously had been unlimited, but it will now be capped at $10,000. The provision sunsets after 2025.

Residents of jurisdictions with more expensive real estate will be hurt by changes to the mortgage-interest deduction. Previously, interest on mortgages with up to $1.1 million in debt were allowable. That cutoff will shrink to $750,000 for new mortgages. The provision sunsets after 2025.

Affordable Care Act penalty for not having health insurance

The measure ends the penalty for not having health insurance.

The estate tax will remain in place, but the amount shielded from the tax will be doubled, meaning that even fewer estates will be hit by the tax. It will affect estates of at least $11.2 million, or $22.4 million for couples. The provision sunsets after 2025.

The on-the-books corporate tax rate will come down significantly. (The tax that companies have been paying after deductions and credits are taken into account has often been lower than the on-the-books rate.) The top corporate rate will fall from 35 percent to 21 percent, and the business version of the alternative minimum tax will be repealed.

Taxpayers who have some or all of their business income taxed on their individual return stand to benefit. Such "pass-through" income -- which includes S corporations, LLCs, partnerships and sole proprietorships -- could qualify for a 20 percent tax-free deduction, with the top rate dropping from 39.6 percent to 29.6 percent. This provision sunsets after 2025.

Some companies store income overseas -- rather than bringing it home -- for fear of incurring relatively high U.S. tax rates. Under the bill, such companies will get a tax break that nudges them to bring those funds home. Specifically, U.S. businesses that are holding assets overseas would be allowed to "repatriate" those assets at 8 percent, or 15.5 percent for liquid assets.

What does not change significantly

After some white knuckles during earlier deliberations, students and those with family members who have significant medical bills won’t see major changes with targeted deductions. Education tax provisions -- such as the American opportunity tax credit, the lifetime learning credit, and the student loan interest deduction -- remain in place. So does the medical expense deduction; it has even been made more accessible for taxpayers in 2017 and 2018. 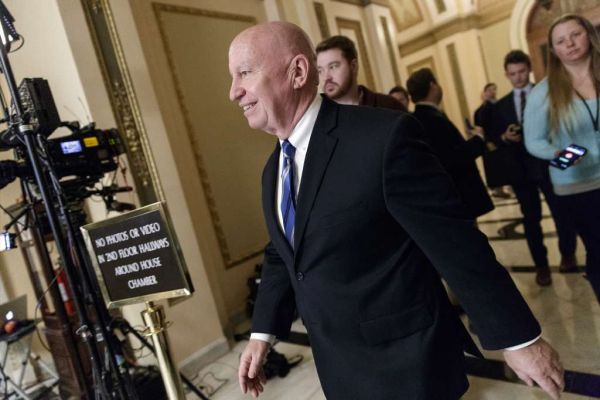