After the health care bill failure, what's next for Congress and the Affordable Care Act?
By Louis Jacobson July 28, 2017

In a dramatic, late-night vote, the Senate narrowly rejected an effort to repeal portions of the Affordable Care Act. Does that mean the effort to repeal and replace the law -- a cornerstone of the Republican agenda for seven years -- is over?

"Every time we thought it was over, he thought of a different legislative maneuver and, except for one shocking vote by Sen. John McCain, it would have worked," Ryan said. "I don't think it's likely, but I wouldn't count McConnell out just yet."

That said, key senators have not given early indications that they plan to pursue that approach, and experts, including Ryan, agreed that there are likelier scenarios than a full repeal-and-replace bill.

What are the possible options?

• Do nothing and wait for health markets to deteriorate enough that lawmakers are pressured to act.

"Congress and the administration could do as little as possible to help support the marketplaces, or even take active steps to destabilize them, such as not funding cost-sharing reductions or not actively enforcing the individual mandate," said Christine Eibner, a senior economist at the RAND Corp. "They could then attempt to pass a bill hoping that — if the marketplaces are in dire straits, more senators will be willing to vote to repeal and replace."

Eibner noted that President Donald Trump seems to be advocating for this approach on Twitter, where he wrote "let ObamaCare implode, then deal!"

3 Republicans and 48 Democrats let the American people down. As I said from the beginning, let ObamaCare implode, then deal. Watch!

• Look for common ground where a bipartisan approach could work.

Senate Minority Leader Charles Schumer, D-N.Y., said after the vote that he is open to working with the Republicans on a plan.

"Nobody has said Obamacare is perfect. Nobody has said our health care system doesn't need fixing. The problem was when they started, when they tried to just pull the rug out from under the existing health care system," Schumer said at a July 28 press conference. "So, change it, improve it, but don't just take a knife and try to destroy it and put nothing in its place. And so, we can work together." 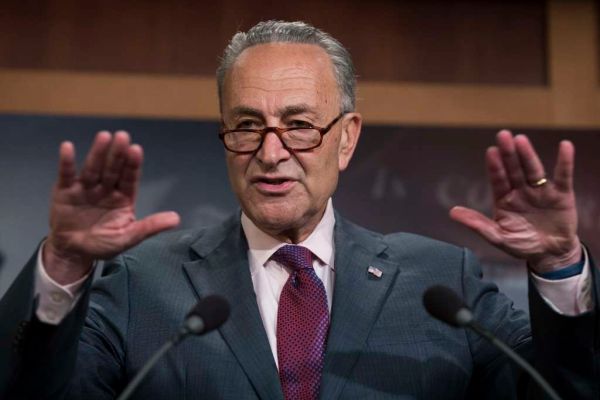 Joseph R. Antos, a health policy specialist at the conservative American Enterprise Institute, said he doesn’t see much likelihood of changes beyond well-established political and financial boundaries. "Don’t look for any significant changes from what is now in place," he said. "Any attempt to do more will only reopen the fresh political wounds on both sides."

Here are some areas that might fit this description.

• Shore up cost-sharing reductions under the Affordable Care Act.

Insurers are on the hook for these subsidies, which are given to eligible Affordable Care Act enrollees, regardless of whether the federal government reimburses them. But they have been a bone of contention between Republicans and Democrats, leading to uncertainty about whether the federal spigot will remain on.

"The single reason most insurers cite for withdrawing from marketplaces, or for requesting higher premiums to continue participating in marketplaces, is the uncertainty over whether the federal government will reimburse them for cost-sharing subsidies," said Linda Blumberg, who studies health care policy at the Urban Institute.

There is evidence that both parties could find common ground here, Antos said. A two-year extension of payments was in the Senate Republican health care proposal known as BCRA.

Reinsurance helps protect private, non-group insurers so they can pay off unusually high claims from their enrollees, thus enabling them to stay in business. Reinsurance was part of the Affordable Care Act for its first three years but no longer is.

Blumberg said making reinsurance a permanent part of the law could bring down premiums and help insurer confidence and participation.

Reinsurance could be funded either through direct public support or through a tax levied on insurers, which was the method used during the first few years of the Affordable Care Act, Eibner said. She added that Alaska recently reduced premiums through a state-funded reinsurance program.

• Find a way to lower premiums for young, healthy Americans.

There is widespread agreement that, if more young and healthy people were to join the marketplaces, premiums would fall. Eibner suggested a few options for doing that. Congress could allow insurers to charge older people five times as much as younger people, rather than three times as much, or it could enhance tax credits for young people, she said.

• Do more to encourage the use of catastrophic coverage.

Such plans don’t kick in until an enrollee has a very expensive condition. The downside is that if someone signs up for these plans and gets seriously ill, they would have to pay a significant amount from their own pocket. The upside is that premiums would be lower, and it might open new opportunities for insurers in certain markets.

Currently, such plans are only available in the Affordable Care Act marketplaces for younger adults and individuals who can demonstrate financial need. But one of the provisions pursued by Senate Republicans would have widened access to these plans. "It’s possible that this provision could be revived as part of bipartisan legislation," Eibner said.

PolitiFact, "If the Senate passes a health care bill, what happens next?" July 26, 2017