Florida voters got their first side-by-side look at the state’s top two candidates for governor Sunday. The differences between Republican Ron DeSantis and Democrat Andrew Gillum were abundant and stark.

The political attacks during the hour-long CNN debate, however, were not always accurate.

Florida’s race for governor is, in many ways, a stand-in for the partisan battle playing out in Washington. On one side sits DeSantis, a former congressman who was one of President Donald Trump’s earliest supporters and who aired an ad teaching his toddler to "build the wall" with toy blocks.

On the other is Gillum, the mayor of Florida’s capital city who backs Sen. Bernie Sanders’ Medicare for All health care plan, has said Trump should be impeached and wants to replace U.S. Immigration and Customs Enforcement.

The debate, moderated by CNN’s Jake Tapper, touched on the national health care and immigration debate, and also on local issues including Florida environmental policy and crime in the city Gillum leads. We fact-checked several claims made by both candidates.

DeSantis repeatedly attacked Gillum for the city of Tallahassee’s record on crime while Gillum defended it. Both candidates emphasized statistics that made their points, while omitting the full context.

"Under Mayor Gillum's leadership, Tallahassee is the most crime-ridden city in the entire state of Florida,’ DeSantis said. "Last year, Tallahassee had the highest number of murders in the history of the city."

A city mayor has relatively little control over the characteristics most often identified as the strongest predictors of local crime rates, such as poverty and the age of residents.

But Gillum took credit for what he said were low crime rates.

Gillum has said the downward trend in crime has continued so far in 2018. In September, city Police Chief Michael DeLeo shared data with the city commission showing that during the first six months of 2018 overall crime was down 10.3 percent and violent crime was down 24 percent.

Experts caution against highlighting the murder statistics without context.

While citizens are often quite concerned about the murder rate because it is such a serious form of victimization, the likelihood of being murdered in Tallahassee is extremely low, said Brian Stults, a criminologist at Florida State University.

Experts also generally warn against blaming a mayor for the crime rate (or the inverse, giving a mayor credit for a drop in crime). Crime is influenced by local characteristics beyond a mayor’s control, such as poverty rates and the concentration of the youth population.

On health care, the candidates traded shots on whose ideas represented the greatest threat to the public. Gillum accused DeSantis of voting repeatedly to get rid of Obamacare and along with it, its protections for people with pre-existing conditions.

DeSantis targeted Gillum’s endorsement of the Medicare for All plan.

Based on the text of the Senate bill, DeSantis is way off base about it ending Medicare for seniors. The bill explicitly retains Medicare and extends it to every resident to "provide comprehensive protection against the costs of health care and health-related services."

It is a proposal for national health insurance and is actually more comprehensive than the current Medicare program, including dental, vision and long-term care. Under that plan, seniors would see better coverage than they have today. 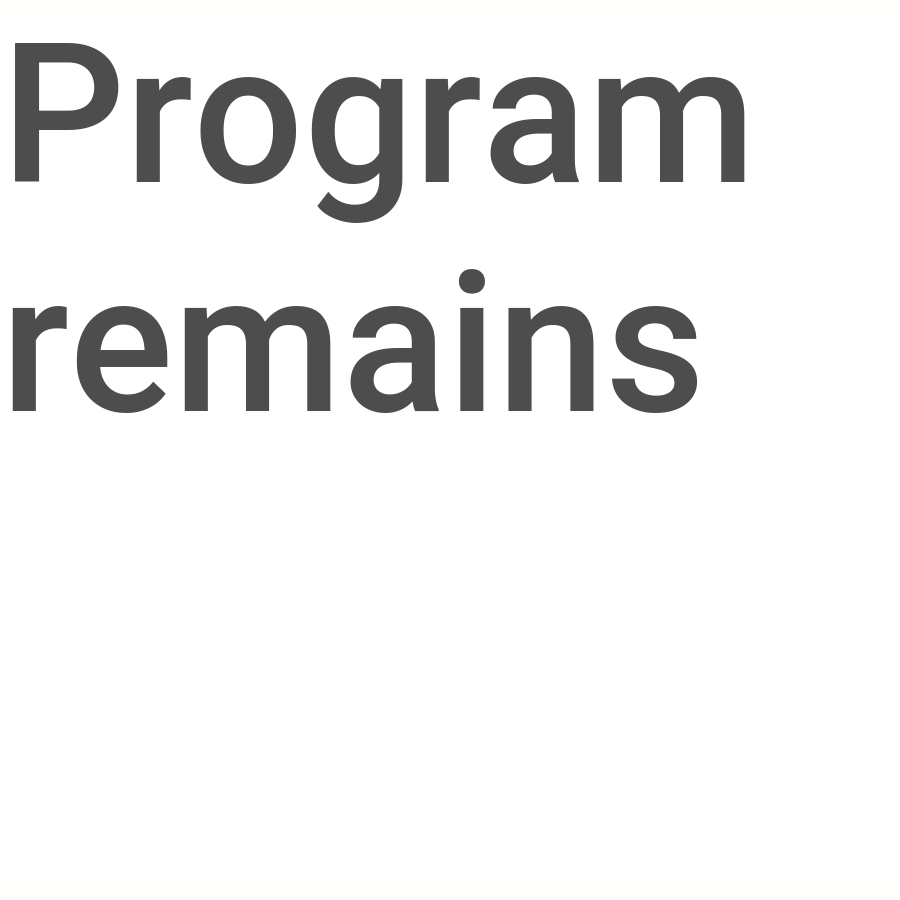 Gillum went after DeSantis’ history of voting for repeals of the Affordable Care Act, pulling a soundbite from his opponent’s stable of cable hits.

"He told a cancer patient who wanted to know without insurance coverage, how would they get access to health care, he said, 'you could always go to the emergency room,’" Gillum said.

What DeSantis really said in a March 2017 interview on CNN was not that cut and dried.

Host Erin Burnett asked DeSantis what he would say to a Republican woman who said she could only afford chemotherapy as a result of her state’s Medicaid expansion. He started talking about people not being able to keep their plans under Obamacare.

"I would say though, and people who supported Obamacare used to make this point a lot before it passed, there really is no lack of health care," DeSantis said. "If people really need it, if they show up to the emergency room, they do get care, it just gets passed on --"

Burnett replied: "But not, I mean, she had $1 million in cancer treatments. You're not going to get that by showing up in an emergency room."

The subject of the ER didn’t come up again.

DeSantis addressed his emergency room comment at a town hall a few days later, saying "he had conflated two ideas" and that going to the emergency room "was not the way to handle that situation," according to the Daytona Beach News-Journal.

Both candidates harped on the other’s ties to controversial or "radical" groups. DeSantis criticized Gillum’s connection to the social justice group Dream Defenders, and Gillum pointed to racist views and comments from some DeSantis supporters.

DeSantis said the Dream Defenders’ main goal is "to boycott, divest and sanction the state of Israel."

"They say Israel is a genocidal apartheid state. They attack law enforcement and the police. So that to me is very divisive," DeSantis continued. "I don't think he should have signed the Dream Defenders pledge. … If you want to unify Florida, taking positions about Israel like that, that may be unifying if you're running for the mayor of the Gaza strip. It ain't unifying here."

Gillum’s support for the Dream Defenders goes back to the group’s formation following the death of Trayvon Martin in 2012, the unarmed African-American teenager shot by a neighborhood watch volunteer.

This two-page pledge calls on those who sign it to pledge not to take a penny from the NRA or the Geo Group, a private prison operator. The pledge does not mention Israel.

Gillum said he had "no idea" what pledge DeSantis was talking about. But Gillum’s spokesman Geoff Burgan previously told the Miami Herald that Gillum did not agree with several of the group’s positions, including its stance in the Israeli-Palestinian conflict.

At the debate, Gillum reiterated his support for Israel while pointing out that DeSantis "used to moderate a xenophobic, racist Facebook page."

DeSantis did, but he left the controversial Tea Party Facebook group in August 2018, saying he was unaware that he was a member.

DeSantis was listed as an administrator on the page, as were Kelli Ward, an Arizona Republican who lost the primary for Arizona's U.S. Senate seat, and Florida Republican Mike McCalister.

A Facebook user does not have to approve to be added as an administrator in a group, as DeSantis said.

DeSantis attacked Gillum over an ongoing FBI corruption probe related to development in his city. Gillum fired back: "I am not under investigation and neither is my city government."

We don’t know for certain who is the target of the FBI investigation because no one has been charged. Gillum has said that the FBI told him he wasn’t the target when he met with them at his home without a lawyer in 2017.

The investigation started in 2015, when FBI agents posed as businessmen and  spent months schmoozing city officials and those around them under the guise of wanting to invest in properties if they could get public funding.

In June 2017, FBI agents delivered a subpoena to Tallahassee City Hall requesting thousands of pages of records from key players in city government. The records related to top local developers behind projects subsidized by the city’s Community Redevelopment Agency. The FBI issued more subpoenas through May 2018, and the city has turned over about 200,000 records.

Among those named in the subpoenas is Adam Corey, a lobbyist-restaurateur whom the city officials voted to give more than $2.1 million in public funds to renovate a restaurant project Corey co-owns.

During a meeting, Gillum asked the city attorney if he had any conflict voting on the item since Corey, a friend since college, had been his volunteer campaign treasurer. He proceeded with the vote after the attorney said he had no conflict. .

In 2017, Gillum cut off ties with Corey when he found out about Corey’s involvement in the FBI probe.

Speaking of the NRA, Gillum said "they sued me, they drug me through court for two years, all because we said we would not allow guns to be shot in a city park."

This needs context. It wasn’t the NRA that sued Gillum. However, the NRA did support a lawsuit filed by gun rights advocates Florida Carry, Inc. and the Second Amendment Foundation against Gillum and other Tallahassee officials. They were sued for not repealing a decades-old ordinance prohibiting the discharge of firearms in public parks.

The local ordinance had been deemed null and void by a state law and not enforced. Courts sided with Gillum and the other Tallahassee officials. Courts said that while the ordinance may still be on the books, they are unenforceable and invalid, and that it was the city’s prerogative to remove them if they wanted to do so.

DeSantis hit Gillum for supporting a tax increase of 40 percent, though he left out context about the number.

Gillum’s plan would raise the corporate tax rate from 5.5 to 7.75 percent, a 40 percent increase. Gillum says that will generate an extra $1 billion to put toward education, including a minimum teacher salary of $50,000 and raising pay for veteran teachers to the national average.

The state corporate tax currently generates about $2.5 billion a year. Most businesses, however, are exempt from paying any tax because the state exempts the first $50,000 in taxable income.

It’s important to note Gillum could not do it alone; the Florida Constitution requires a three-fifths vote of each house of the Legislature to raise the corporate income tax.

Dream Defenders, "On BDS and Solidarity With Palestine," accessed Oct. 21, 2018