What job could be next for the Democratic presidential candidates?

Running for president isn’t easy. And it’s especially tricky if you have to decide in the middle of the campaign whether it’s better to leave the race to run for another office.

That’s the situation that faced former Colorado Gov. John Hickenlooper, who quit the presidential field on Aug. 15 and is keeping his options open about a 2020 run for Senate, where he could challenge GOP Sen. Cory Gardner. An early exit also enabled U.S. Rep. Eric Swalwell time to defend his California congressional seat in 2020.

What about the other candidates?

The most attention has focused on Montana Gov. Steve Bullock and former Texas Rep. Beto O’Rourke. Democrats around the country have urged both candidates to shift from the presidential race — where they haven’t progressed very far in the polls — to potentially competitive races for Senate in their home states. Another presidential candidate, Julian Castro, would also be able to enter the Texas Senate race if he wished. And several current House members need to decide whether to stay in the presidential race or run again for their current congressional seat.

It’s not unheard of for a presidential candidate to leave the race and file to run for another office. Since 2000, Republican Sens. Marco Rubio of Florida, Rand Paul of Kentucky and Orrin Hatch of Utah have all done it, as have Republican Reps. Michele Bachmann of Minnesota, Ron Paul of Texas, and John Kasich of Ohio, plus Democratic Rep. Dennis Kucinich of Ohio.

We decided to run down each of the Democratic presidential candidates and whether they face a choice about what to run for in 2020, or whether they are blessed with a "free shot" for the presidency by keeping their current offices beyond 2020. We did not include the three non-elected officials in the field: Tom Steyer, Marianne Williamson and Andrew Yang.

Elected officials with re-elections after 2020

Some candidates are in a sweet spot: Their re-elections aren’t scheduled until after 2020, giving them the option to stay in the race until the end. If they lose, they can still ask voters to send them back to their current job. 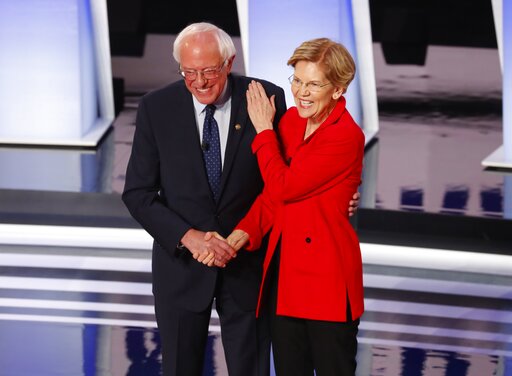 Elizabeth Warren: Next up for re-election as senator from Massachusetts in 2024.

Bernie Sanders: Next up for re-election as senator from Vermont in 2024.

Kamala Harris: Next up for re-election as senator from California in 2022.

Amy Klobuchar: Next up for re-election as senator from Minnesota in 2024.

Michael Bennet: Next up for re-election as senator from Colorado in 2022.

Kirsten Gillibrand: Next up for re-election as senator from New York in 2024.

All members of the U.S. House of Representatives have to run every two years, and one governor is up for re-election in 2020. Filing deadlines vary by state. 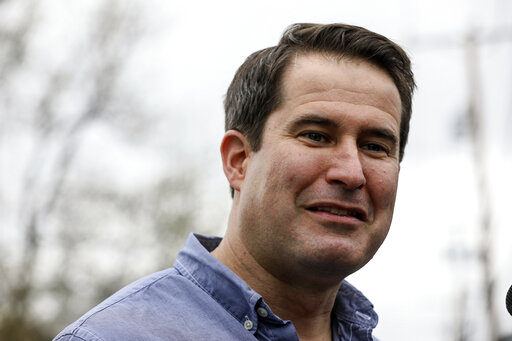 Tulsi Gabbard: Next up for re-election as the member for Hawaii’s 2nd district in 2020. The filing deadline is June 2, 2020.

Seth Moulton: Next up for re-election as the member for Massachusetts’ 6th district in 2020. The filing deadline is May 5, 2020.

Those not seeking re-election 2020 but with other options 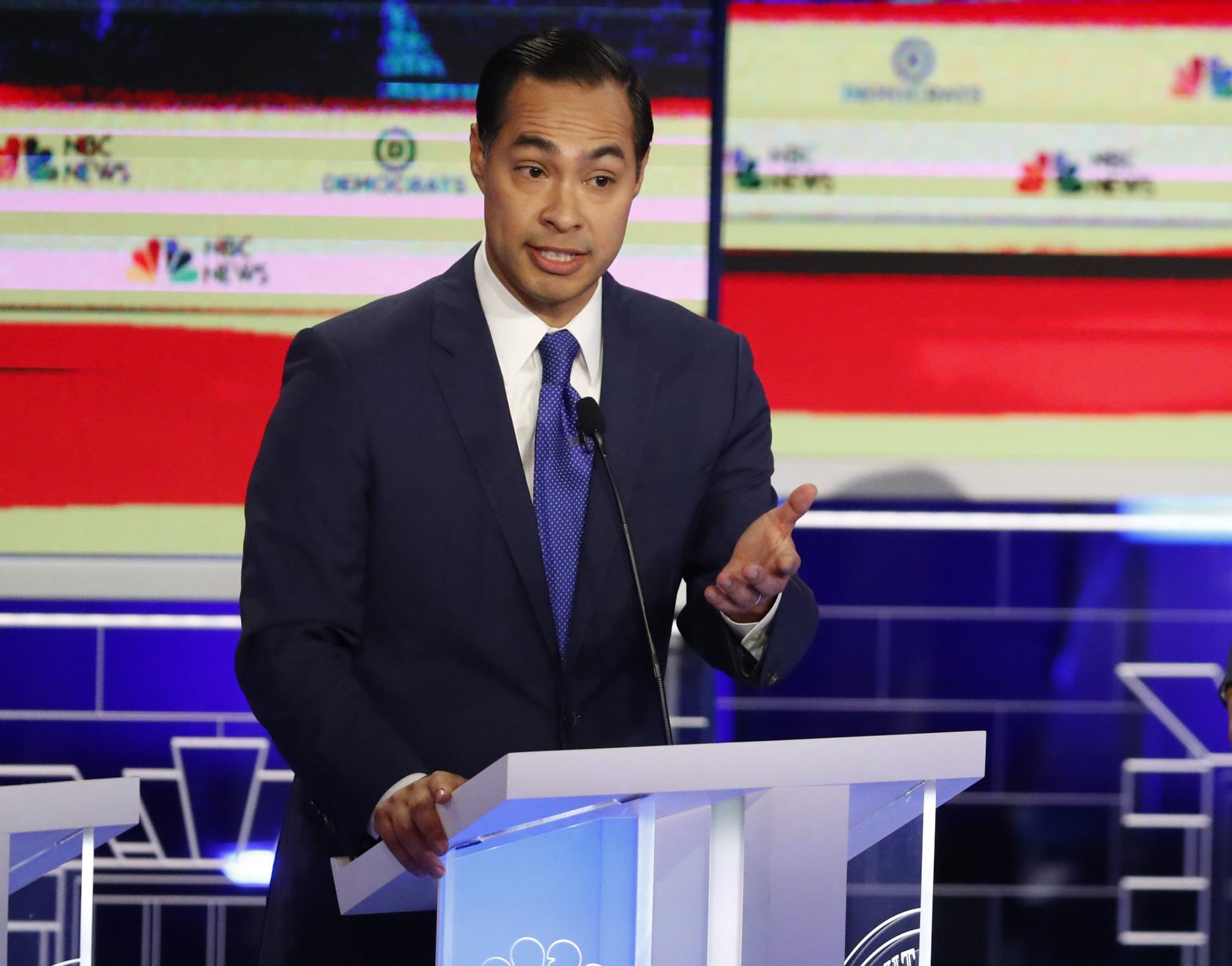 Steve Bullock: Not seeking re-election as governor of Montana because of term limits. Democrats have speculated he could run in 2020 for the Montana Senate seat currently held by Republican Steve Daines. For that race, the filing deadline is March 9, 2020.

Julian Castro: the former Secretary of Housing and Urban Development, as well as the former mayor of San Antonio.

Beto O’Rourke: a former member of the U.S. House of Representatives from Texas’ 16th district.

Either Castro or O’Rourke could challenge Republican John Cornyn for the U.S. Senate, a race with a filing deadline of Dec. 9, 2019. Or either could run for Texas governor in 2022. Cornyn has already drawn Democratic opponents, including military veteran M.J. Hegar and Houston City Councilwoman Amanda Edwards.

Bill De Blasio: De Blasio is term limited as mayor of New York, but he isn't scheduled to leave office until January 2022. 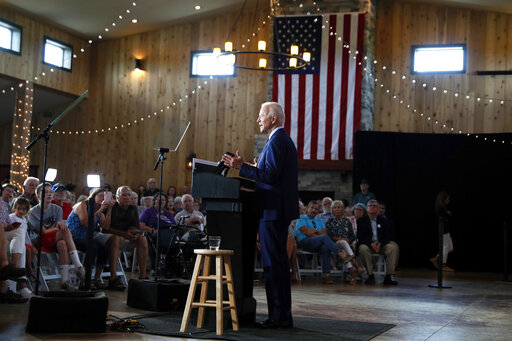 Joe Biden: We were unable to find any suggestions that Biden, a former vice president and longtime U.S. senator, would run for another office if he did not win the Democratic presidential nomination.

Pete Buttigieg: Buttigieg announced he would not run for a third term as mayor of South Bend, Ind., and another Democrat has already been selected in a primary for the mayoral race in November. No one thinks Buttigieg’s career in politics will be over if he loses the presidency, but since he is a Democrat in a generally red state, there are no obvious openings for his next move.

John Delaney: Former congressman from Maryland’s 6th district. We found no indication he will run for another office in 2020.

Joe Sestak: Former congressman from Pennsylvania’s 6th district. We found no indication he will run for another office in 2020.

Correction: Bill de Blasio holds office until 2022, but he cannot seek re-election in 2021 to a third term, as this article originally stated. The law was changed to allow New York Mayor Michael Bloomberg to run for a third term in 2008, but it was changed again to restrict future mayors to two terms.

CQ Congress at Your Fingertips