Fact-checking night one of the 2020 DNC

Gov. Andrew Cuomo recreated a coronavirus press briefing complete with PowerPoint, Sen. Bernie Sanders spoke in front of an impressive amount of firewood, and a guy only identified as Eric from Illinois recorded a message from his phone holding what looked like a glass of whiskey.

The first night of the first-ever virtual Democratic National Convention was different.

As for the facts? Nothing jumped out as Pants on Fire false (email us if you heard differently). Some claims were in the category of interestingly accurate — like Michelle Obama’s reminder that Hillary Clinton lost the state of Michigan by just 2 votes per precinct. Others could have used more context or overstated the harm that comes from Postal Service cuts.

Here is our rundown from the DNC’s first night.

"In one of the states that determined the outcome" of the 2016 presidential race, "the winning margin averaged out to just two votes per precinct — two votes." — Former first lady Michelle Obama

That’s true for some beneficiaries, but not for most. We rated her claim Half True.

Around half a million people still receive paper checks in the mail. The vast majority — more than 63 million — get their payments electronically. The transition to electronic deposits started more than 10 years ago during the Obama administration to cut back on paper waste. 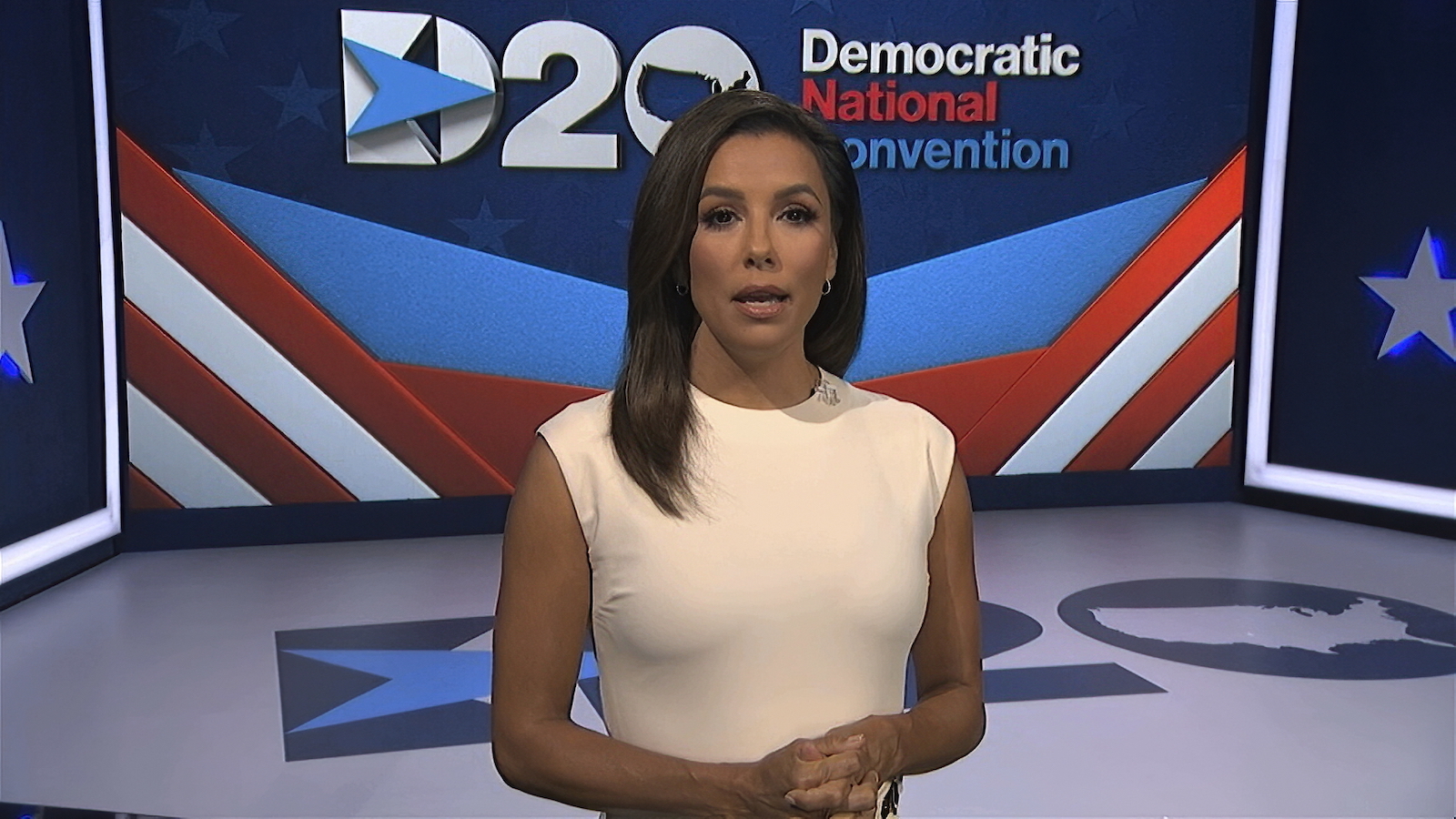 Eva Longoria, serving as moderator, speaks during the first night of the Democratic National Convention. (DNC via AP)

"Vice President Biden and President Obama assembled a pandemic playbook to make sure that America was prepared and protected. The Trump administration disbanded the pandemic response team that was given to them." — Eva Longoria Bastón

Longoria is largely correct on both points.

The National Security Council developed the guidebook in 2016 with the goal of assisting leaders "in coordinating a complex U.S. Government response to a high-consequence emerging disease threat anywhere in the world." It outlined questions to ask, who should be asked to get the answers and what key decisions should be made.

Politico reported on the document in March, but White House press secretary Kayleigh McEnany dismissed the playbook’s usefulness when asked about it in May.

As for the pandemic response team, the Trump White House reorganized the team that oversaw global health security issues under former National Security Adviser John Bolton. Tom Bossert, a homeland security adviser who recommended strong defenses against disease and biological warfare, was pushed out by Bolton in April 2018, the Washington Post reported. In May 2018, the top White House official in charge of the U.S. response to pandemics, Rear Adm. Timothy Ziemer, left the administration and was not replaced.

Neither White House official nor their teams, which were responsible for coordinating the U.S. response to pandemic outbreaks across agencies, were replaced before the coronavirus arrived.

In November 2019, a bipartisan group of lawmakers and experts brought together by the Center for Strategic and International Studies to focus on U.S. global health security formally recommended that health security leadership on the NSC should be restored.

Says President Donald Trump "threatened to delay the election and suggested that he will not leave office if he loses." — Sen. Bernie Sanders, I-Vt.

Sanders has evidence to back up his claim, but Trump’s public remarks have also been confusing and contradictory.

Trump raised the possibility of delaying the election in a tweet complaining about mail-in voting, but then he said he didn’t want to delay the election.

"With Universal Mail-In Voting (not Absentee Voting, which is good), 2020 will be the most INACCURATE & FRAUDULENT Election in history. It will be a great embarrassment to the USA. Delay the Election until people can properly, securely and safely vote???" Trump tweeted July 30.

That evening when asked by reporters if he really wanted to delay the election, Trump said he didn’t want a delay, but he also didn’t want to "wait for three months and then find out that the ballots are all missing and the election doesn’t mean anything."

Trump can’t change the date of the election. Congress would have to pass a law first.

Trump has made multiple comments about staying in office beyond two terms but often indicates he is joking. Some of his remarks indicate he’s serious about at least questioning the results of the 2020 election.

In July, Fox News’ Chris Wallace asked Trump, "Are you suggesting that you might not accept the results of the election?"

Trump replied, "No. I have to see. Look, Hillary Clinton asked me the same thing."

Wallace replied that he had asked Trump the same question during a 2016 debate. When pressed by Wallace to give a direct answer as to whether he will accept the election, Trump replied: "I have to see. Look, you – I have to see. No, I’m not going to just say yes. I’m not going to say no, and I didn’t last time either." 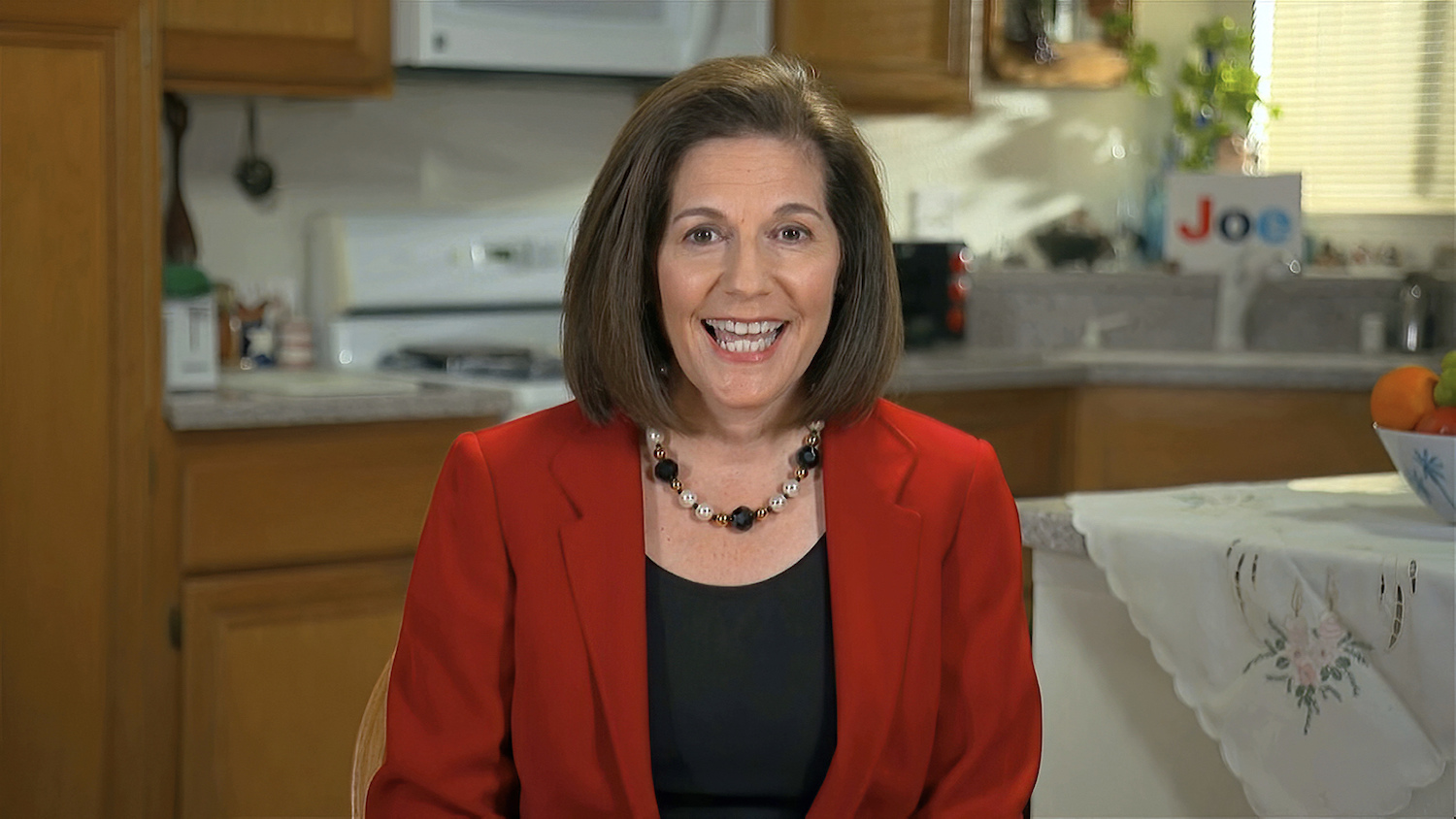 "Despite what the president says, voting by mail has been a secure, proven option for decades. In 2016, 33 million Americans voted by mail. Even Donald Trump has requested an absentee ballot twice this year." — Sen. Catherine Cortez Masto, D-Nev.

Nearly one in four ballots were cast by mail during the 2016 general election, according to the U.S. Election Assistance Commission. About 140 million citizens voted using any method, which means that about 33 million cast their ballot by mail.

President Donald Trump and his wife Melania registered to vote using his Mar-A-Lago property in Palm Beach County as his address last year. County election documents show a designee who lives in Palm Beach picked up the ballots for Trump and the first lady before the March 17 presidential preference primary. Florida law allows a designee to pick up ballots for two other voters per election. The Trumps requested ballots for the Aug. 18 Florida primary, records show. They were returned to the elections office on Monday, the Sun Sentinel reported.

Voting by mail has existed for decades. Oregon was the first state to use voting at home for all elections, when voters approved a ballot measure in 1998, according to the National Vote at Home Institute. Even before the pandemic, a handful of states conducted elections that were by mail while other states offered it as an option. Voting by mail has become a more popular option this year due to efforts by many voters to avoid infection by the novel coronavirus. 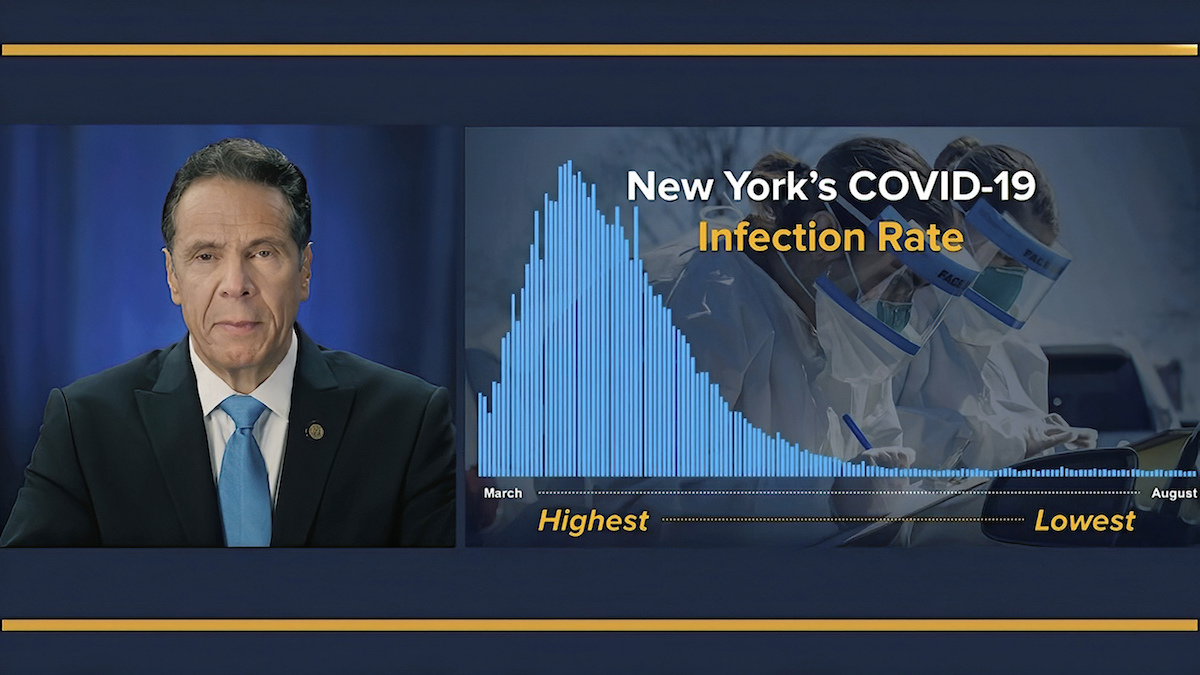 "And our current federal government is dysfunctional and incompetent. It couldn't fight off the virus. In fact, it didn't even see it coming. The European virus infected the Northeast while the White House was still fixated on China." — New York Gov. Andrew Cuomo

There is evidence that suggests Cuomo is right. The disease most likely arrived in Europe from China, but it was travel from Europe to the United States that brought the disease to New York.

Researchers from the Icahn School of Medicine at Mount Sinai traced the strains of the COVID-19 virus, which was circulating in late January and responsible for the New York City COVID-19 outbreak, back to Europe.

The study, published in July, examined the genomic sequences of the COVID-19 virus based on samples taken from confirmed COVID-19 cases in the Mount Sinai Health System. The cases were traced through March and represented a large number of New York City neighborhoods. Only one strain was closely related to COVID-19 strains that were circulating in Asia.

"These results show that SARS-CoV-2 came to the New York City area predominantly via Europe through untracked transmissions," said Dr. Viviana Simon, professor of microbiology and infectious diseases at Mount Sinai’s Icahn School of Medicine, in a press release.

Cuomo’s charge that the Trump administration was fixated only on spread from China has some merit as well. Beginning in mid-January, the U.S. started screening travelers from Wuhan, China, where the COVID-19 outbreak started, when they entered the U.S. Then on January 31, Trump banned non-U.S. citizens from traveling from China into the United States. But U.S. citizens could still travel back from China, as long as they observed a 14-day quarantine upon their arrival. No such travel limits were put in place for Europe until mid March.

Says President Donald Trump "blames the prime minister of Canada for cutting him out of the Canadian version of ‘Home Alone 2.’" — Sen. Amy Klobuchar, D-Minn.

There’s some truth to this.

Trump attacked Canadian Prime Minister Justin Trudeau over a cameo of the then-businessman that was cut from the Canadian broadcast of "Home Alone 2: Lost in New York," a 1992 film about a child left alone around the holidays (again).

Trump has tweeted about his brief cameo often, according to Factba.se, an interactive transcript website that tracks his public comments. On Dec. 26, 2019, Trump took aim at Trudeau over a report that the cameo was cut from broadcasts of the movie in Canada.

"I guess Justin T doesn’t much like my making him pay up on NATO or trade!" Trump tweeted.

As we reported, the Canadian Broadcasting Corporation did leave Trump’s cameo out of its 2019 rebroadcast of the film. But the edit was made in 2014 to make room for commercials, as often happens when movies move to the small screen, a CBC spokesperson said.

Auto workers "across our state could have lost their jobs if not for Barack Obama and Joe Biden." — Michigan Gov. Gretchen Whitmer

Whitmer praised the Obama-Biden administration for saving American auto manufacturers and the jobs they support in 2009. Her statement is accurate but needs additional context.

Following the auto industry’s bailout, fewer workers were employed in the industry after the recovery from the Great Recession than before it. Federal action, however, helped place America’s auto companies on sound financial footing.

"The Bush administration is the one that actually acted to save them from an uncontrolled bankruptcy and shutdown," Aaron Bragman, the lead American automotive analyst for the financial forecasting group IHS Automotive, told PolitiFact in 2012. "The Obama administration's role was to fix them."

Vote at Home, Vote at Home: What it is, best practices, lessons learned, Spring 2020