Ask PolitiFact: What are some basic facts on the U.S. war in Afghanistan?

Hundreds of people gather outside the international airport in Kabul, Afghanistan, Aug. 17, 2021. (AP)

What was the U.S. mission in Afghanistan? 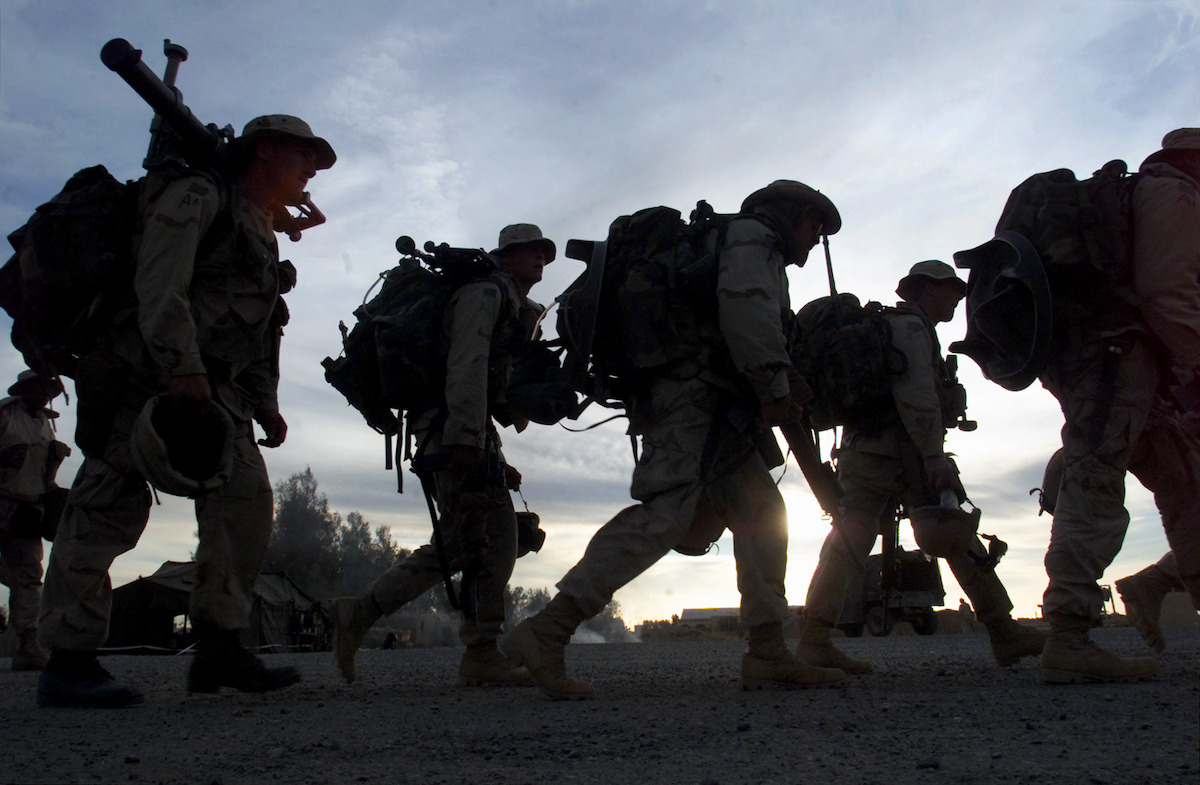 In this Dec. 31, 2001 photo, Marines with full battle gear prepare to board transport helicopters at the U.S. military compound at Kandahar airport for a mission to an undisclosed location in Afghanistan. (AP)

We fact-checked a similar statement by Biden in 2010 and rated it Half True. The U.S. wasn’t officially nation building, but elements of what the U.S. was doing could be described that way.

Marvin G. Weinbaum, an analyst for Pakistan and Afghanistan in the U.S. State Department from 1999 to 2003, told us this week that "nation building" was always a misnomer.

"What we were engaged in was state building," said Weinbaum, now director for Afghanistan and Pakistan Studies at The Middle East Institute. "They had a nation. A nation involves people's identity. What they didn’t have were institutions of a state, so that’s what we were engaged in."

The U.S. helped establish a framework for a new government and constitution, which is state building.

In a speech to the Council on Foreign Relations in October 2001, Biden tried to thread the needle by saying the U.S. goal was to "roll up all al Qaeda cells around the world" and then provide the "foundation for future reconstruction of that country."

Biden said: "I am reluctant to use the word nation building because it is such a loaded political term these days. But if we leave Afghanistan in chaos it will be another time bomb waiting to explode, and there is an enormous powder keg right next door in Pakistan."

Michael O’Hanlon, a foreign policy expert at the Brookings Institution, told us that nation building "was attempted in Afghanistan, for better or worse, for a counterterrorism purpose."

Biden "should acknowledge the shift in logic rather than pretend we never attempted state building," O’Hanlon said.

"In fairness to him, he had become skeptical about the state building sooner than most, which is why he opposed Obama’s big surge in troops 12 years ago," Hanlon said. "But even then, he never advocated pulling out entirely, and he did not do so after we killed (Osama) bin Laden, either."

How much did the U.S. spend in Afghanistan?

Somewhere between $2 trillion and $3 trillion.

There are different ways to calculate the amount of money the U.S. has spent on the war, such as whether you count future costs for veterans’ health care. But one commonly cited source is an April 2021 analysis by the Costs of War project at Brown University.

The project found that the United States since 2001 has spent about $2.26 trillion on the Afghanistan war. The total includes interest on war borrowing and $296 billion for veterans’ care. The total figure does not include lifetime care for veterans or future interest payments on money borrowed to pay for the war.

How many lives were lost? 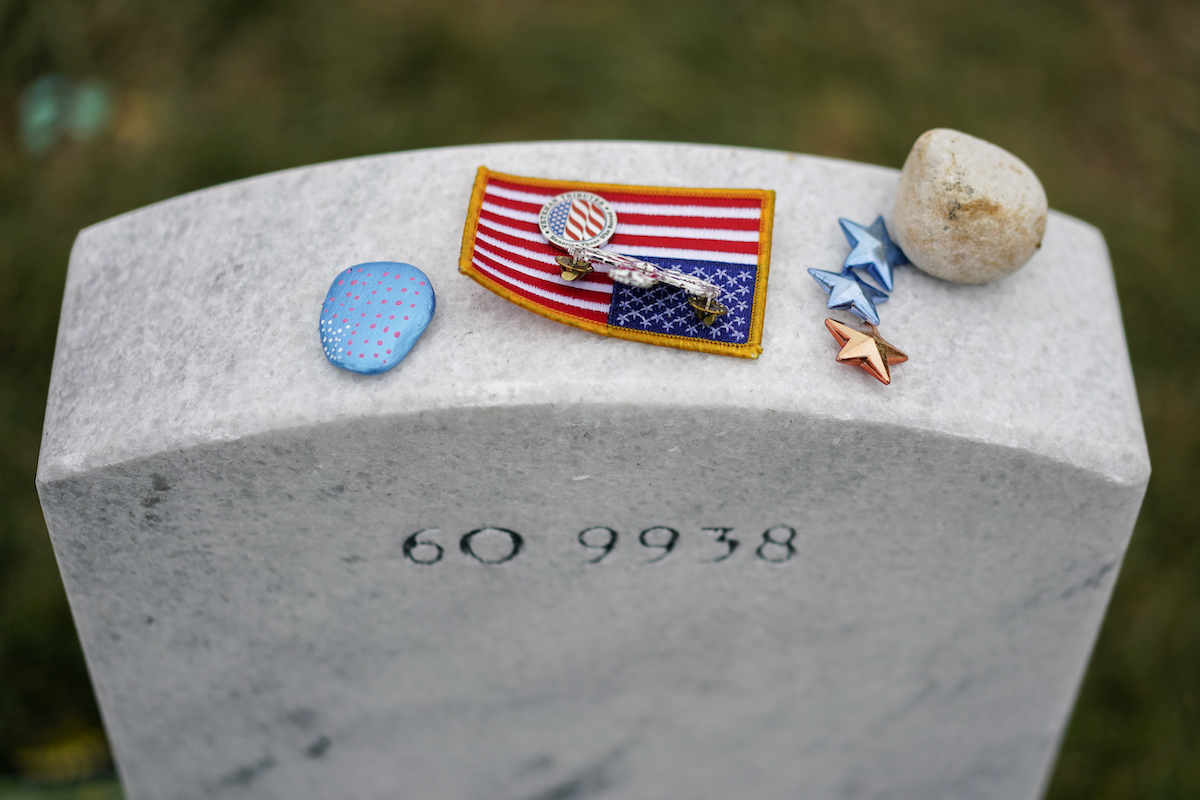 Mementos rest on the top of a grave stone for Extortion 17 in Section 60 at Arlington National Cemetery, Aug. 16, 2021. Section 60 is where the men and women who died in America's most recent wars, especially Iraq and Afghanistan, are buried. (AP)

Biden said, "So I’m left again to ask of those who argue that we should stay: How many more generations of America’s daughters and sons would you have me send to fight Afghans — Afghanistan’s civil war when Afghan troops will not? How many more lives — American lives — is it worth?  How many endless rows of headstones at Arlington National Cemetery?"

The Costs of War project’s analysis estimated that 241,000 people died directly as a result of the war. Most were Afghans. The largest number of deaths were for the national military and police, followed by opposition fighters and then civilians.

From October 2001 to April 2021, the U.S. military had six civilians and 2,442 soldiers die as a direct result of the war, as well as nearly 4,000 U.S. contractors, according to the Costs of War project at Brown University. These figures do not include deaths caused by disease, loss of access to food, water, infrastructure, or other indirect consequences of the war.

Why did the U.S. not begin evacuating Afghanistan civilians earlier?

Biden said part of why the U.S. did not begin evacuating Afghan civilians sooner was that "some of the Afghans did not want to leave earlier — still hopeful for their country. And part of it was because the Afghan government and its supporters discouraged us from organizing a mass exodus to avoid triggering, as they said, ‘a crisis of confidence’."

It’s possible that some didn’t want to leave, but Biden omits that there was a backlog of Afghan interpreters who had already applied to leave.

A State Department spokesperson said in July that there were approximately 18,000 Afghan applicants to the Special Immigrant Visa process as of May.

In addition to the 18,000 Afghans who provided service to the U.S. military, including as translators, the Migration Policy Institute said that 53,000 family members also remained in the processing backlog earlier this year. The processing of the visas takes more than two years to complete, the institute said.

Biden on Aug. 16 said that a U.S. operation had moved 2,000 Afghans out of Afghanistan under the visa program and that in the coming days, the U.S. military will provide assistance to bring more eligible Afghans to the U.S.

What was the plan negotiated by President Donald Trump for the U.S. to leave Afghanistan?

Under Trump, the United States and the Taliban agreed in February 2020 to a May 2021 U.S. withdrawal deadline, with the Taliban pledging to stop attacks on foreign forces and to enter negotiations with the Afghan government.

Biden announced on April 14 that the U.S. military "will not conduct a hasty rush to the exit" but would leave before the 20th anniversary of the 9/11 attacks.

In a speech July 8, Biden said that the Taliban was at "its strongest militarily since 2001." But Biden called for moving ahead on the withdrawal based on the agreement made under the Trump administration.

RELATED: All of our fact-checks about Afghanistan

USA Today, "A timeline of the US withdrawal and Taliban recapture of Afghanistan," Aug. 15, 2021

NPR, Evacuation Of Afghan Interpreters And Others Who Aided U.S. To Begin In Late July, July 14, 2021

U.S. Department of State, Special Immigrant Visas for Afghans - Who Were Employed by/on Behalf of the U.S. Government, Accessed Aug. 18, 2021

Associated Press, Costs of the Afghanistan war, in lives and dollars, Aug. 17, 2021

PolitiFact, Joe Biden says U.S. 'is not engaged in nation-building' in Afghanistan, July 20, 2010

Email interview, Christopher Sherwood, spokesperson for the Office of the Secretary of Defense, Aug. 17, 2021