As Arizonans and democracy watchers nationwide awaited the governor’s race results, they were glued to news about incoming ballots from Maricopa County, home to about 60% of the state’s voters.

One week after Election Day, the posting of additional ballot counts from that county and others  sealed the deal. National media outlets including The Associated Press projected that Katie Hobbs, the Democratic nominee, defeated Kari Lake, the Republican who had echoed former President Donald Trump’s falsehoods about elections.

As the ballot counting stretched on for days, Trump and some social media users spread misinformation falsely suggesting the count’s pace signaled fraud. But  Arizona’s widespread use of mail-in voting and close margins in multiple contests created the longer wait for results.

Taking several days or longer to complete the count is not a new development — since 2006, in Maricopa County, final results have been reported 10 to 12 days following Election Day.

As contest margins narrow, enough votes must be counted for media outlets to project winners, said Alex Gulotta, Arizona state director of All Voting is Local, a voting rights group.

"There is nothing wrong or nefarious about the fact that it takes a long time to count the votes," Gulotta said.

No state in the nation completes the official counting of ballots on election night, which is why state laws set certification deadlines weeks after Election Day. When states with one-party control, such as Utah, take several days to count ballots, it draws scant attention.

But Arizona has become a battleground state with contests won by small margins. The Arizona governor’s race also drew national attention because Lake was one of the most famous election deniers running for office. Media outlets called the race on Nov. 14, and as of midday Nov. 15, Lake had not conceded. Instead, she tweeted, "Arizonans know BS when they see it."

Why does it take so long to count mail ballots? 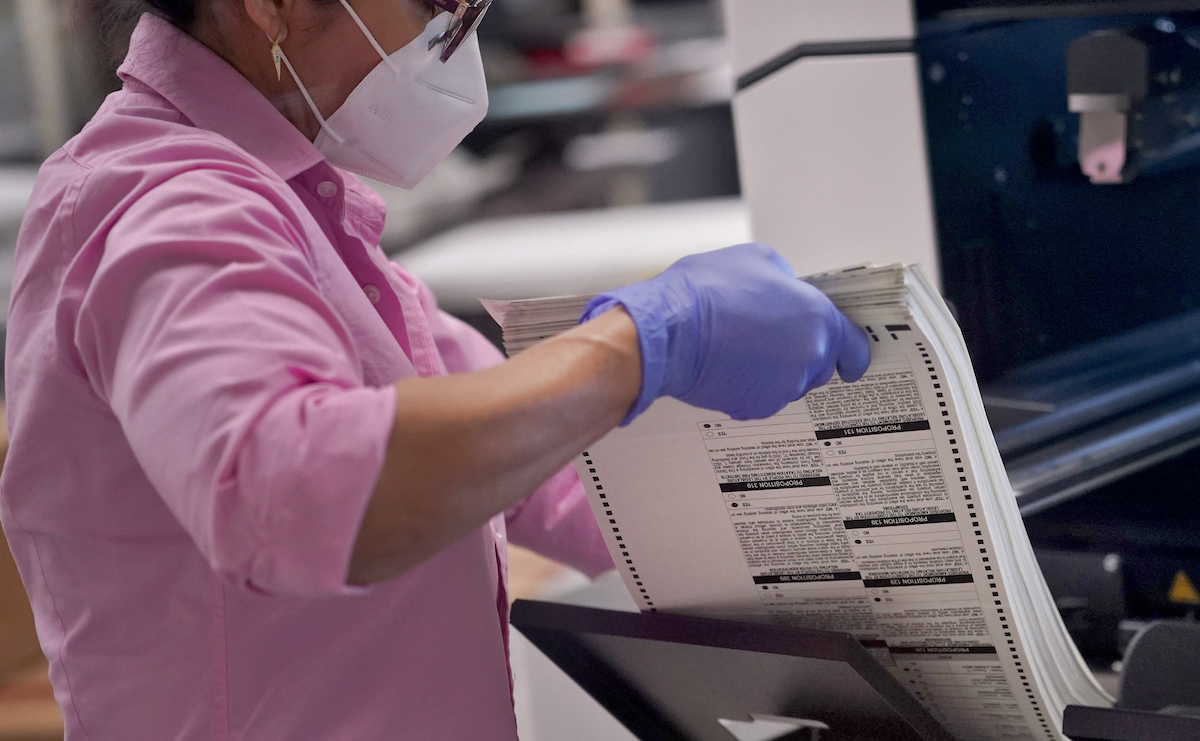 An election worker removes tabulated ballots from the machine inside the Maricopa County Recorder’ Office on Nov. 10, 2022, in Phoenix. (AP)

A main reason it takes several days to count ballots in Arizona is that most voters cast mail ballots, as they have for decades.

Expansive voting by mail is convenient for voters. But it takes longer for local election officials to process mail ballots and verify they were cast by the voters whose names are on the envelopes.

That process includes verifying signatures on the envelopes and then removing ballots from their envelopes by a bipartisan team that ensures the ballots are not damaged before they are counted.

This year, a record number of voters — about 290,000 — turned in their mail ballots in person on Election Day, Maricopa officials said.

Nationally, some GOP activists had urged voters to wait until Election Day to vote. Arizona state Sen. Wendy Rogers, R-Flagstaff, who organized the 2021 ballot review in Maricopa, said in October on One America News Network,  "We need to vote on the last day, the day of Election Day, so they don't know how much to cheat by." (Rogers didn’t specify whether she meant vote by mail or in person.)

In Arizona, mail ballots must be received by Election Day to be counted. But voters who forget to sign the envelope, or whose signature doesn’t match the one on file, have about a week to fix or "cure" their ballot. The deadline in this election to cure a ballot is 5 p.m. Nov. 16.

What’s the deal with ‘vote dumps’? 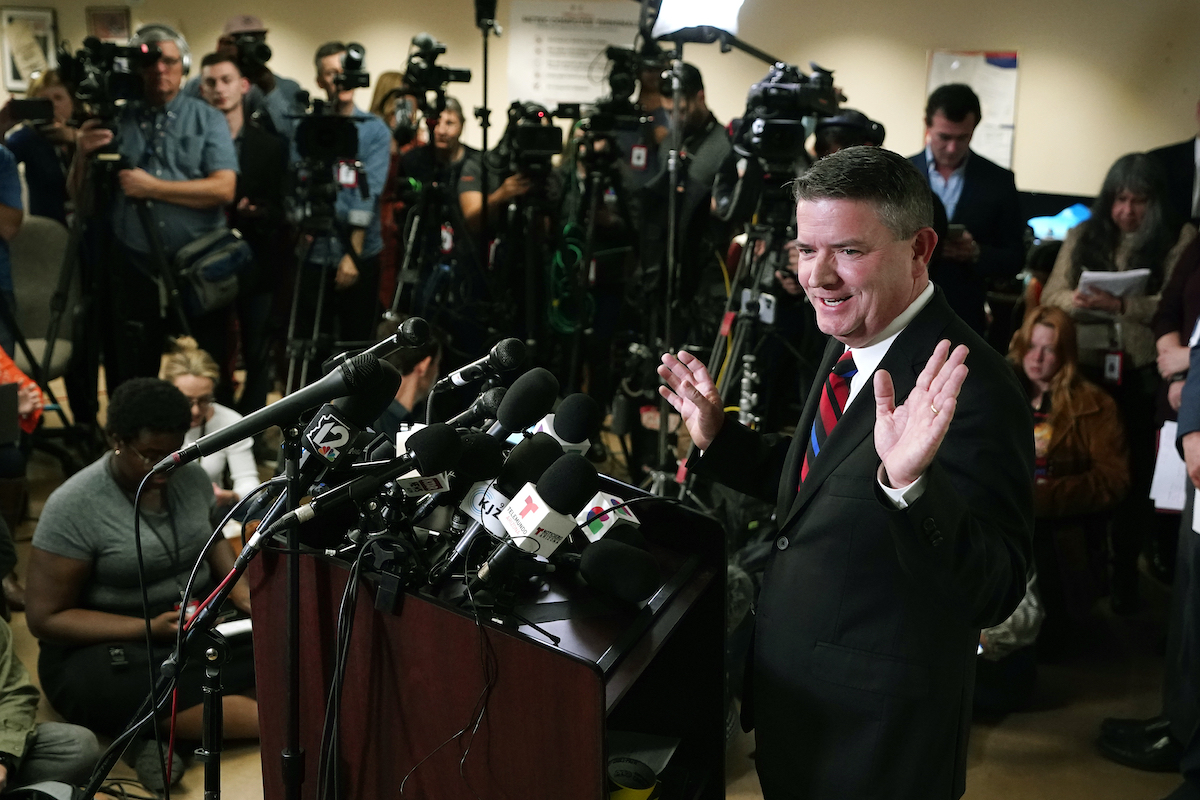 Maricopa County Board of Supervisors Chairman Bill Gates answers a question regarding the vote count during a news conference at the Maricopa County Recorder’s Office in Phoenix, Nov. 10, 2022.

Counties are not allowed to begin releasing results until 8 p.m. election night, and they continue to release updates in the days that follow.

Some people refer to these updated results as "ballot dumps," although that’s not an official term in state law. Maricopa county officials were transparent about publicly announcing when they would add more results and held press conferences to share updates.

Garrett Archer, the election data analyst at ABC15 in Phoenix, repeatedly gave the public a heads-up on Twitter about "Maricopa Incoming," when results from that county were posted.

In Maricopa, the first batch of results released on election night included early ballots received by Nov. 4. Results from Election Day ballots cast at in-person voting sites were posted the morning of Nov. 9.

Over the following days, Maricopa processed early ballots dropped off on Election Day, or a couple of days before, as well as ballots cast on Election Day that couldn’t be read by machines because the printer ink was too light, a problem that was quickly resolved.

Why is Katie Hobbs allowed to oversee elections when she is one of the candidates? 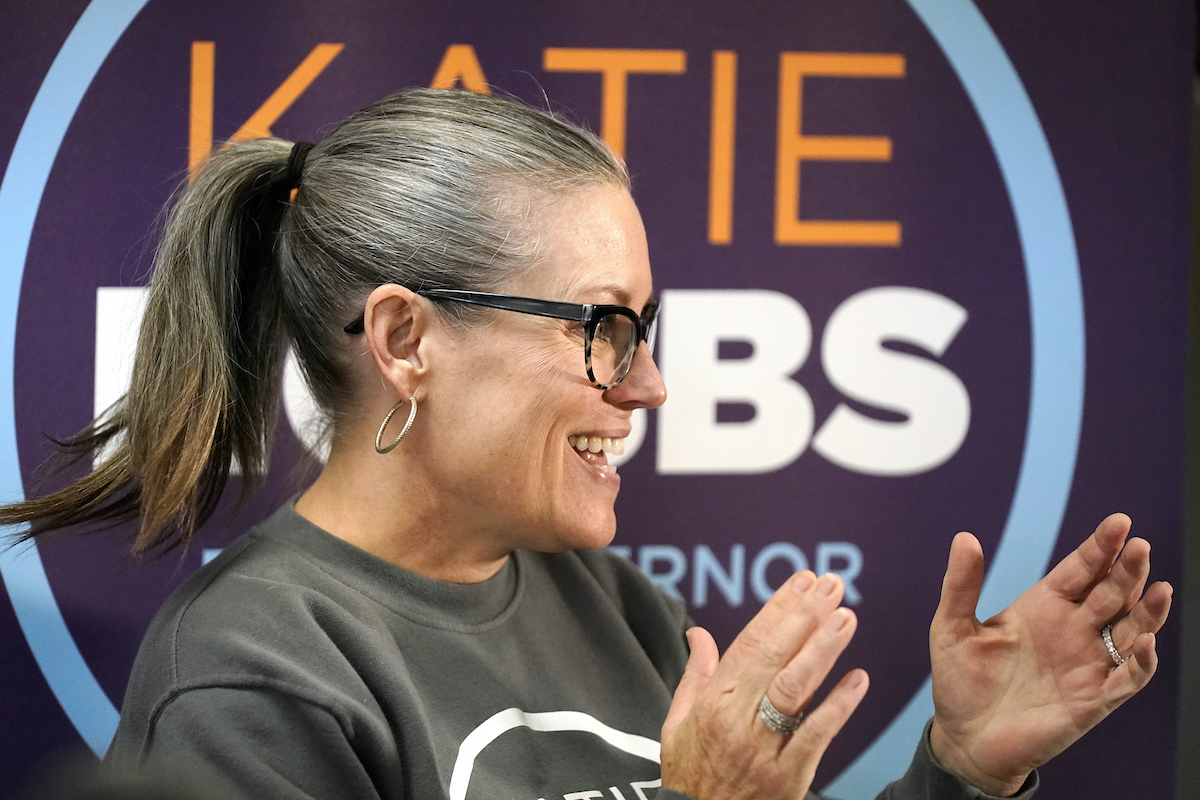 Lake called on Hobbs, the current secretary of state, to recuse herself from overseeing the election since she is on the ballot. Hobbs declined, saying state law doesn’t require her to do so.

As secretary of state, Hobbs is not in charge of counting ballots; county officials oversee that process.

Her role, as state law specifies, is to certify the election results in the presence of the governor and attorney general. Because statewide ballot measures were on the ballot, the law also requires the chief justice to be present.

The Arizona Republic reported that in the state’s past elections, "secretaries of state, attorneys general and governors have approved their own reelections, or losses, for decades, though in recent history there is not a direct comparison to a secretary of state seeking election to the Governor's Office."

When will we know with certainty who won? 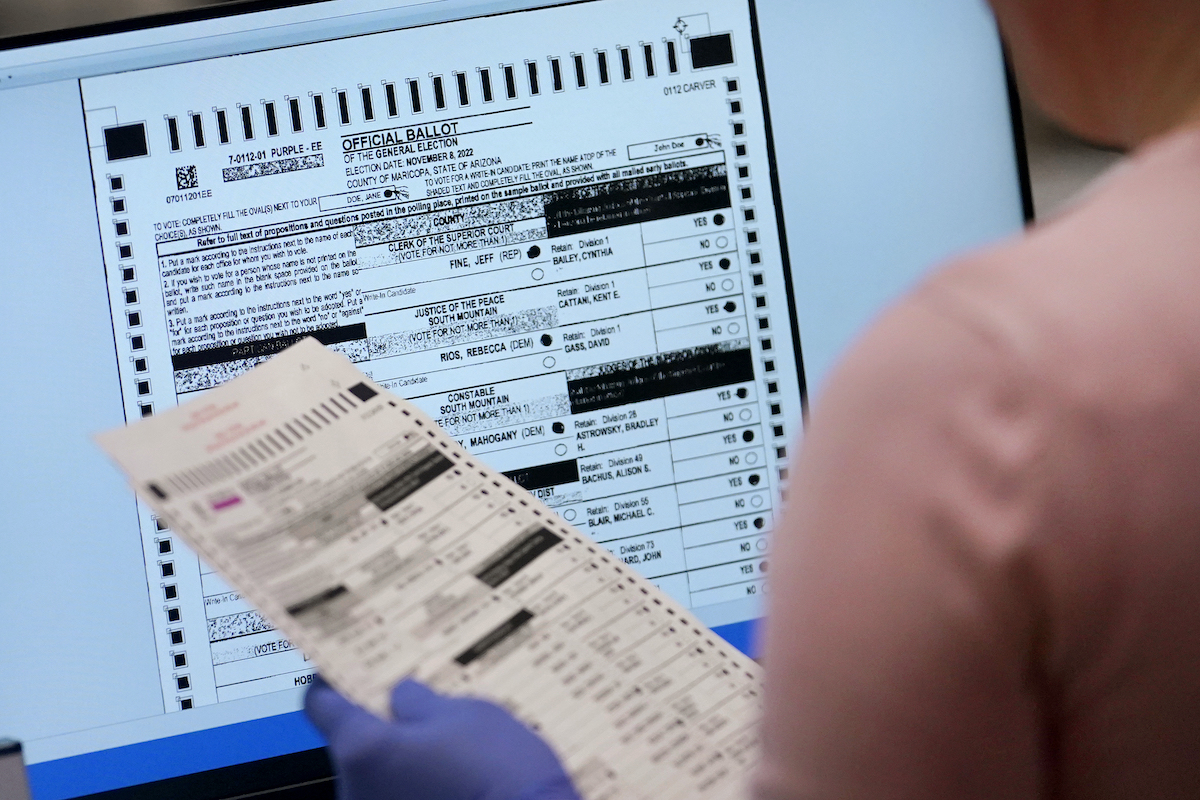 An election worker verifies a ballot on a screen inside the Maricopa County Recorders Office, Nov. 10, 2022, in Phoenix. (AP)

As of mid-afternoon Nov. 15, there were still about 42,000 ballots left to count statewide. Counties have until Nov. 28 to complete counting, and state officials certify the results Dec. 5.

After state certification, if candidates in any statewide race lead by a margin less than or equal to 0.5%, the secretary of state goes to court to seek a recount order in that race. The recount process can take weeks.

Statewide results posted Nov. 14 showed that the contests for attorney general and superintendent of public instruction were within the recount margins.

FairVote, an organization that studies election practices, found in a study of recounts nationwide that they rarely result in a changed outcome. Out of 6,297 statewide general elections from 2000 through September 2022, there were 35 recounts. Only three of those recounts overturned the race’s outcome: the 2008 U.S. Senate race in Minnesota; the 2006 auditor race in Vermont; and the 2004 governor race in Washington.

Statewide recounts resulted in an average margin shift of 1,034 votes between the front-runner candidates.

RELATED: Ask PolitiFact: What would speed up election results?

RELATED: Tucker Carlson wrong about people not being able to vote in Arizona's Maricopa County

Arizona Republic, Lake claims Hobbs has conflict; Says it is unethical for her to oversee election, Nov. 7, 2022