A fake death story about actor Will Smith and his rapper son Jaden Smith is circulating on Facebook.

The post surfaced in early December 2019 and displays a photograph of a mangled vehicle, a photo of the father and son with "RIP" above their names, and claims the two died in a crash "after truck and their car collide. [sic]" 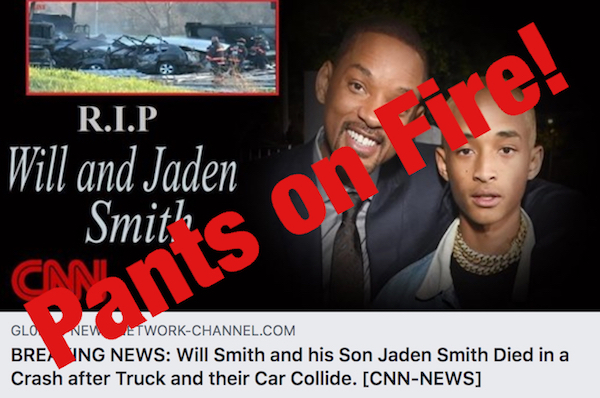 This is a hoax. Will Smith and his son were not killed, injured or involved in a car crash.

Clicking on the post leads social media users to a junk website that features a fake video using the CNN logo that allegedly announces the "breaking news." The webpage says the video has been viewed more than 1.6 million times. 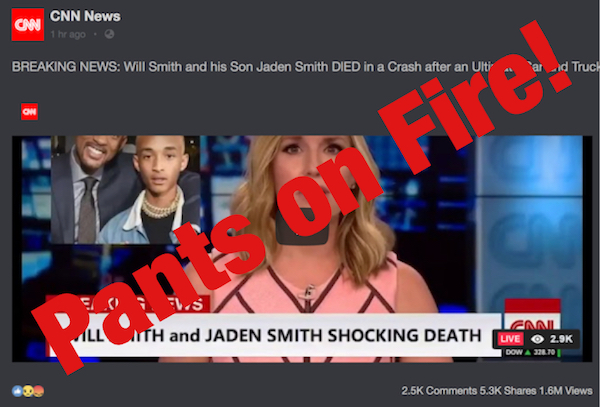 This is an attempt to bait people into sharing a celebrity hoax on their Facebook pages and to click on the video as a way to redirect them to other websites where they are subjected to pop-up ads. It’s strongly advised not to try and play the video or click on any of the ads.