A popular video circulating online appears to show a microchip reader used for pets detecting a chip in the arm of a woman who says she was vaccinated for COVID-19.

"They are literally tagging and tracking everybody taking the Jab," someone wrote in sharing the video on Facebook.

An Instagram post of the same video says it’s a HomeAgain pet chip reader that can "read a wide range of technologies."

But the video isn’t legitimate. It was intended as a "joke," according to the person who created it.

Donald Trump
stated on January 10, 2023 in an interview
Joe Biden as vice president didn't "have the right to declassify" documents.

The original video was posted on TikTok on June 15 with the hashtags "#chipped" and #covidvaccinessideeffects."

But after the video started to circulate and people began to take it seriously, the creator posted a comment to clarify, saying the video was a joke and it’s "obviously a dog chip."

"You guys believe anything on the internet," she said in a second comment. 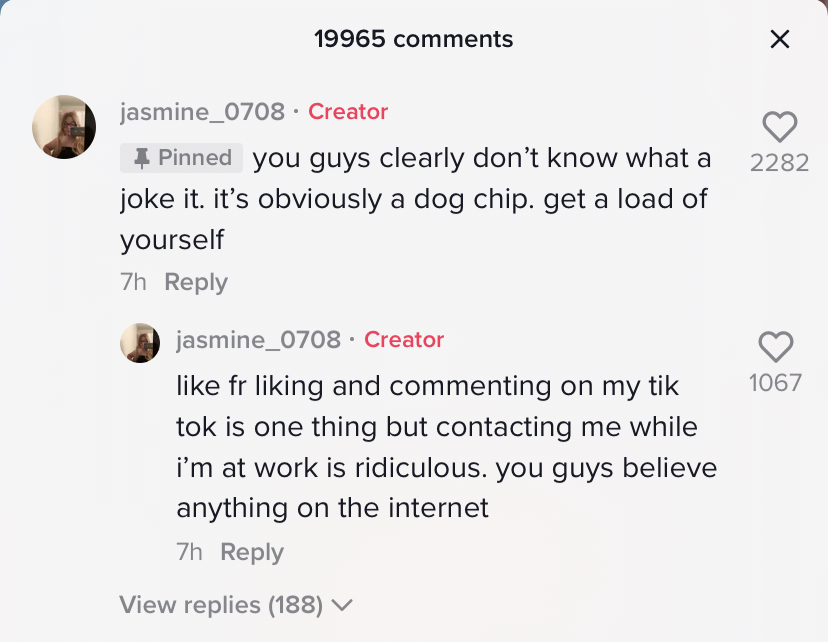 We looked up the chip ID number shown in the video on petmicrochiplookup.org and found that it belongs to an unregistered HomeAgain pet microchip.