Facebook posts
stated on August 16, 2022 in a Facebook post:
"The IRS is about to double in size, with 87,000 new armed agents and an additional $80 billion in order to primarily enhance IRS enforcement and operations.”

If you read and believe all you see on social media, you might be worried that the IRS is about to hire thousands of agents who will be auditing you at gunpoint.

That’s not what’s happening. But the narrative has exploded in social media posts, videos and political commentary.

"The IRS is about to double in size, with 87,000 new armed agents and an additional $80 billion in order to primarily enhance IRS enforcement and operations," read the caption on one such Facebook video.

The Aug. 16 post was flagged as part of Facebook’s efforts to combat false news and misinformation on its News Feed. (Read more about our partnership with Facebook.)

The video went on to claim that the IRS is stockpiling ammunition. That’s False. And it said that the agency will now have more employees than the Pentagon, the State Department, the FBI and Border Patrol combined. That’s misleading and ignores a lot of details.

The Inflation Reduction Act signed into law this week by President Joe Biden does include $80 billion in new funding for the IRS.

But the claim in this caption and others like it mischaracterize how large the agency will become as a result — and it suggests that any new hires made will be for armed agents. That’s wrong.

Here’s what we know about what the new IRS funding means for the agency and for taxpayers.

The $80 billion in new funding would come over 10 years and is primarily to enhance enforcement and operations at the agency.

About $46 billion is targeted specifically for enforcement, according to a Congressional Research Service analysis. The aim is to boost collections by $204 billion. The rest of the money is designated for operations, taxpayer services and modernizing business systems, the CRS analysis says.

But that doesn’t mean most Americans should now expect to be audited. The agency said it will use the money to target corporations and people making over $400,000.

IRS Commissioner Charles Rettig said as much in an Aug. 4 letter to Congress. Treasury Secretary Janet Yellen drove the point home again in an Aug. 10 letter to Rettig, writing, "contrary to the misinformation from opponents of this legislation, small business or households earning $400,000 per year or less will not see an increase in the chances that they are audited."

The 87,000 staffing number cited here and elsewhere stems from a 2021 assessment from the Treasury Department on how it would use the $80 billion. That report (on page 16) said the funding could pay for 86,852 new full-time equivalent positions, also called FTEs. The agency has undergone years of funding and staffing cuts and currently has about 80,000 employees.

The report also said that not all new hires would work as auditors or in enforcement, and that the money will also be used to upgrade technology and taxpayer services.

The new hiring will take place over a 10-year period, and the number from the 2021 plan is not final, a Treasury Department official told us when we looked into a claim from House Minority Leader Kevin McCarthy about "an army of 87,000 IRS agents — with 710,000 new audits for Americans who earn less than $75k." We rated McCarthy's claim Mostly False.

The agency will grow under the plan, but not as much as is being alleged. Half the current staff is close to retirement and about 50,000 are expected to leave in the next six years, said ​​Natasha Sarin, the Treasury Department’s counselor for tax policy and implementation. 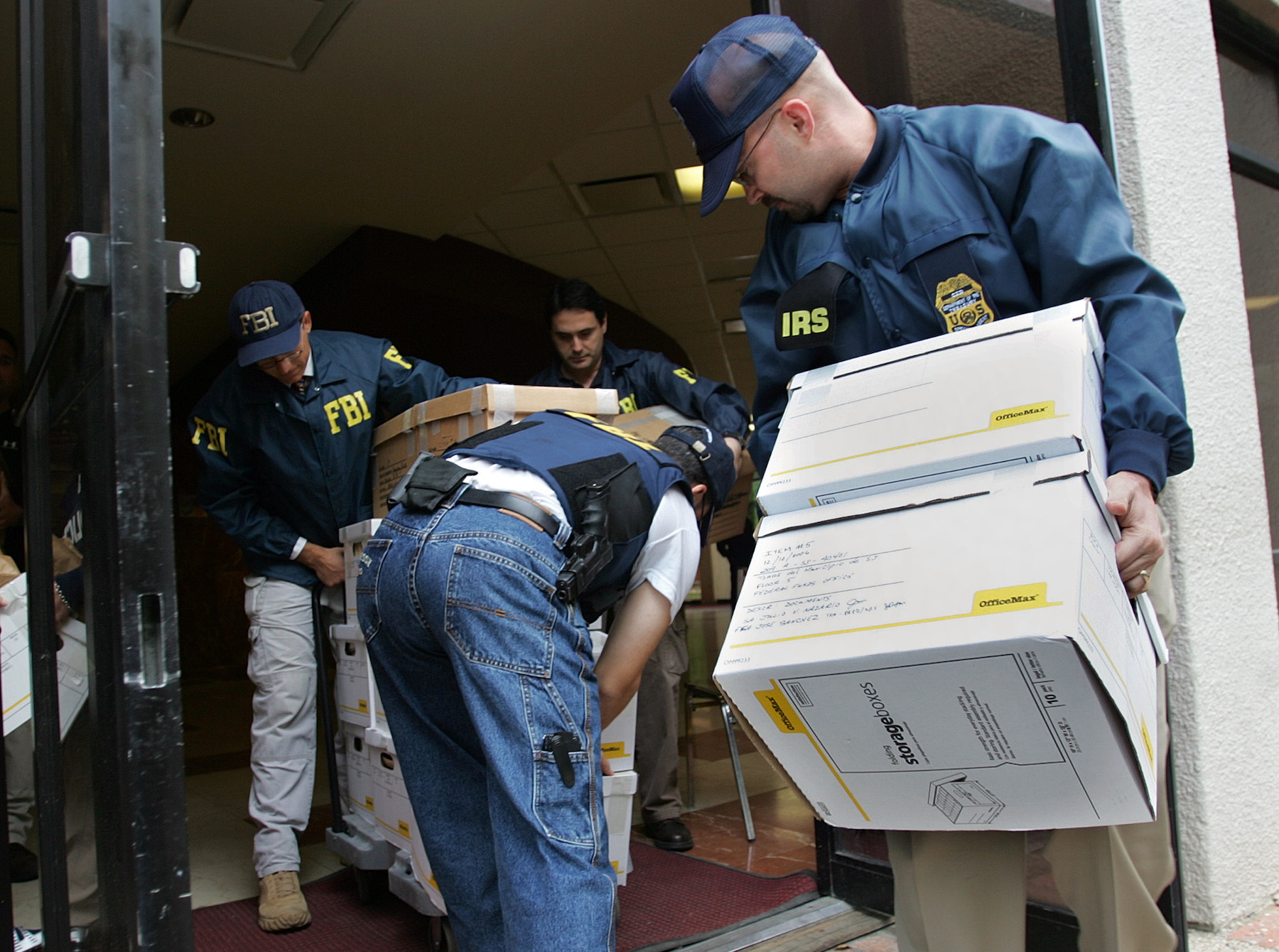 FBI and IRS agents in Puerto Rico remove documents from the main office of the San Juan municipality due to suspected irregularities in handling of U.S. funds for HIV-AIDS programs in 2006. (AP Photo/Ricardo Arduengo)

The notion that new funding means a wave of 87,000 armed agents coming to collect your taxes distorts matters.

The false claim drew traction after a job posting for a special agent that listed such requirements as carrying a firearm and the willingness to use deadly force was misrepresented online, according to The Associated Press.

The IRS does have a Criminal Investigation division that has been around for more than a century. Those special agents are federal law enforcement officers and carry weapons. There were 2,046 IRS special agents in 2021, a number that has been consistent over recent decades, according to a 2017 report. One job posting said the agency’s investigation division currently has 300 vacancies.

Taxpayers facing routine audits won’t encounter a special agent. Most routine audits are done by mail, depending on the complexity of the audit. In 2018 about 75% of audits were by mail.

A Facebook video claims that "the IRS is about to double in size, with 87,000 new armed agents and an additional $80 billion in order to primarily enhance IRS enforcement and operations."

Biden has approved $80 billion for the IRS to enhance enforcement and operations. But the agency is not doubling in size nor is it newly arming its agents.

Many of the new hires will be made over a 10-year period, and will come as the agency prepares for about 50,000 retirements over five to six years. For more than a century, the IRS has had a small armed division of agents who are assigned to respond to criminal investigations. The vast majority of IRS employees are not armed, however, and this funding will not change that. Routine audits are usually done by mail.