Facebook posts
stated on September 8, 2022 in a post:
“We all know the Queen’s been dead for a while now,” and her death is part of a dark conspiracy involving pedophilia or child trafficking.

People walk past a photo of Queen Elizabeth II reflected on a bus stop in London, Sept. 9, 2022. (AP)

Almost as quickly as news of Queen Elizabeth II’s passing on Sept. 8 broke around the globe, conspiracy theories about her death began to spread.

One claim said Queen Elizabeth II had died long before.

"We ALL know the QUEEN’S been dead for a while now … (They) are preparing/Staging for Operation London Bridge is Falling down," said a Sept. 8 Facebook post that was a screenshot of a Telegram post. "There are other Darker schemes inside the Death of one of the worlds most powerful Deep State royal placed systems to COLLAPSE."

That post also claims that "white hats" in the United Kingdom would fight to obtain information to expose the queen’s connection to a pedophile ring at the Vatican. "White hats" is a term followers of the QAnon conspiracy use to refer to people working within the government to "thwart the deep state," the Anti-Defamation League reported.

Another Facebook user shared the same claim, adding that Queen Elizabeth II was one of the "biggest child traffickers."

Both posts were flagged as part of Facebook’s efforts to combat false news and misinformation on its News Feed. (Read more about our partnership with Facebook.)

There is no evidence to support the claim that the queen died before Sept. 8, or was part of a pedophilia ring.

The queen appeared in photos a few days before her death. On Sept. 6, she was photographed as she formally appointed Liz Truss to be the United Kingdom’s new prime minister. The appointment took place at Balmoral Castle in Scotland, one of the queen’s residences, which is also where she died two days later. 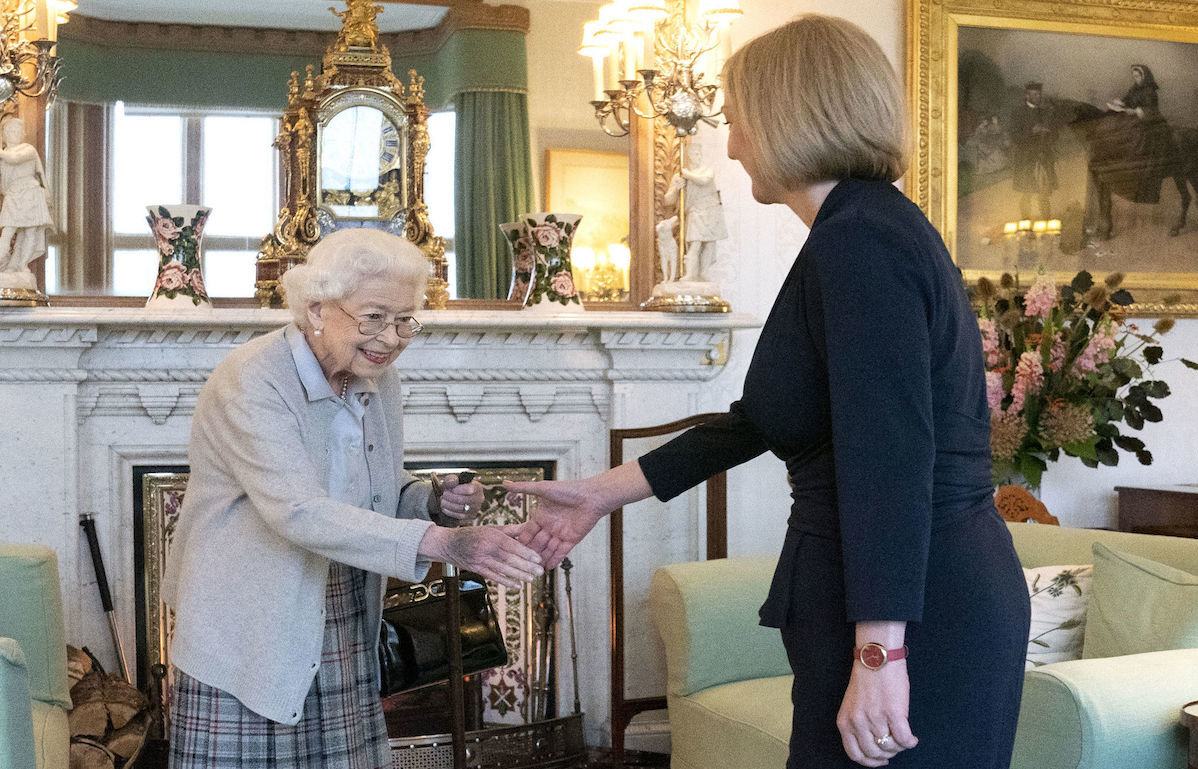 Britain's Queen Elizabeth II, left, welcomes Liz Truss during an audience at Balmoral, Scotland, where she invited the newly elected leader of the Conservative party to become Prime Minister and form a new government, Sept. 6, 2022 (AP)

On the morning of Sept. 8, Buckingham Palace announced that the queen was under medical supervision at Balmoral, and that her doctors were concerned for her health. Reports said members of her family traveled to Scotland following that news.

At 1:30 p.m. Sept. 8, the royal family announced in a tweet that Queen Elizabeth had died.

As for the claim that she was linked to a pedophilia ring, there is no evidence to support it, based on news articles. There are only unsupported conspiracy theories promoted by adherents of QAnon, which promotes the notion that powerful public figures are Satan-worshiping pedophiles working in coordination as part of a "deep state." Social media posts dating back several years have falsely named Elizabeth as a part of the secret cabal, according to The Daily Beast and Vice News.

A Facebook post said, "We all know the Queen’s been dead for a while now," and her death is part of a dark conspiracy involving pedophilia or child-trafficking.

Evidence shows that the queen died Sept. 8. There is no evidence to indicate she was connected to a pedophilia ring.

The Associated Press, Liz Truss is now officially the U.K.'s prime minister after meeting with the queen, Sept. 6, 2022

The Guardian, ‘Queen of Canada’: the rapid rise of a fringe QAnon figure sounds alarm, Aug. 23, 2022

People Magazine, Royal family is rushing to Queen Elizabeth's side as doctors are 'concerned' for her health, Sept. 8, 2022