Anatomy of a talking point: the smallest Navy since 1917

Not long after Sen. Lindsey Graham, R-S.C., announced his run for the presidency in June, he appeared on MSNBC’s Morning Joe -- and harkened back to World War I.

The line about the "smallest Navy" has become a popular talking point among presidential candidates who want to talk about spending more money on the military.

Graham said something similar at an April event in New Hampshire, and at the same event, Wisconsin Gov. Scott Walker tweaked the talking point a bit, saying that the United States Navy is currently at half the ship level it had under President Ronald Reagan. As recently as July 4, 2015, a former lieutenant governor nominee in Virginia, a naval stronghold, said President Barack Obama "is reducing our naval fleet to 1917 levels."

This is now the second presidential campaign cycle in which Republican candidates have raised the alarm that naval ship counts have fallen, or will soon fall, to levels not seen in roughly a century. All told, the claim has been repeated dozens of times, most likely because the number of ships is well-documented and easily understood.

But the claim is not really accurate; more important, it doesn’t tell you much about the Navy’s ability to do its job. PolitiFact has looked at several variations on the claim, and depending on its exact phrasing, we’ve rated it from Half True to Mostly False to Pants on Fire.

The literal accuracy of the claim has changed recently and from year to year. In 1916, the U.S. Navy had 245 active ships. The number peaked at massive 6,768 during World War II. Then the number drifted down during most of the 20th century, with slight upticks during the Korean War and the Vietnam War. Today, the number of active ships stands at 273, which is the lowest since 1916.

However, this number bobs up and down a bit during the year as ships are rotated into and out of service. In 2011, there were 285 ships, which was higher than 2006’s 281 ships, making the claim literally wrong at the time.

The types of ships active in both years, such as cruisers and destroyers, are outfitted today with far more advanced technology than during World War I. More importantly, the U.S. Navy has 11 aircraft carriers (plus the jets to launch from them), 31 amphibious ships, 14 submarines capable of launching nuclear ballistic missiles and four specialized submarines for launching cruise missiles -- all categories of vessels that didn't even exist in 1916. And all are more effective at projecting seapower than their forebears.

Several experts told us that counting the number of ships is simply not a good measurement of defense strength. The comparison "doesn’t pass ‘the giggle test,’ " William W. Stueck, a historian at the University of Georgia, told us when Republican presidential nominee Mitt Romney said it in 2012.

Where does the claim come from?

Though the claim is most closely associated with Republicans, the claim also has Democratic lineage. 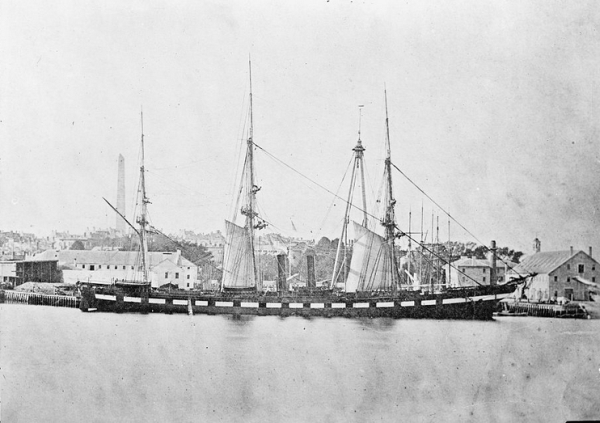 Though the the conservative Heritage Foundation began citing the statistic in 2010, top Obama administration officials started touting it the following year.

On April 11, 2011, Ray Mabus -- the Obama-appointed Secretary of the Navy -- told the Navy League Sea-Air-Space Expo in suburban Maryland in a speech that "we have 288 (ships) today in the battle fleet, the lowest number since 1916, (yet) during that time, the intervening years, our responsibilities have grown somewhat."

Later that year, on Nov. 14, Defense Secretary Leon Panetta, used a variation on it in a letter to Senate Armed Services ranking member John McCain, R-Ariz. Panetta focused on the impact that "sequestration" -- mandatory, across-the-board budget cuts -- would have on military assets.

Panetta was discussing the impact that future sequestration cuts would have on ship numbers, rather than the current ship count. During a Dec. 15, 2011, press conference, Rep. Vicki Hartzler, R-Mo., reiterated Panetta’s point that "under the sequestration, the Navy's fleet will shrink to less than 240 ships, which would be the smallest Navy in a hundred years."

Romney used this talking point at least eight times in the 2012 campaign, most dramatically in his third presidential debate against Obama in 2012. During the debate, Romney said, "Our Navy is smaller now than at any time since 1917."

Obama responded by mocking Romney’s argument. "Well, governor, we also have fewer horses and bayonets, because the nature of our military's changed. We have these things called aircraft carriers, where planes land on them. We have these ships that go underwater, nuclear submarines."

By the time Romney raised the issue in the debate, fact-checkers had already found the claim questionable.

When PolitiFact first fact-checked Romney saying it in January 2012, we gave it a Pants on Fire for the combination of the fact that the number had risen since 2008, that fact that the ships of today are much more powerful than their predecessors, and the suggestion that the smaller number of ships would lead to a loss in American "military superiority."

Fellow fact-checkers at the Washington Post and FactCheck.org later concurred with our take. The Post initially gave it Three Pinocchios, later upping that to four, the column’s most negative rating, after Romney continued to repeat it.

Not everyone agreed with the fact-checkers’ conclusions. One expert we quoted in our story published a blog post taking issue with our conclusion, and a number of conservative commentators and mainstream media outlets linked to it.

Ultimately, nothing about our fact-check scared politicians from repeating the claim in one form or another. In addition to Romney, such GOP lawmakers as Reps. Mo Brooks, R-Ala., Buck McKeon, R-Calif., and Mike Kelly, R-Pa., said it on Fox News, a news release and on the House floor, respectively.

As Republicans began to own the talking point, an interesting thing happened: Mabus started changing his tune.

In an April 2012 article, Navy Times reported that "Mabus is confident that the future fleet will be effective, and that the 1917 comparison is pointless because today's ships are much more technologically advanced. ‘It's like comparing the telegraph to the smartphone. They're just not comparable,’ he said.

Even today, there’s no sign that the claim is going away. Lawmakers who have used the example since 2013 include Sen. Tom Cotton, R-Ark., Reps. Jim Bridenstine, R-Okla., and Rob Bishop, R-Utah. And Graham has used it repeatedly in his presidential run.

We asked several military experts recently whether they thought the comparison with 1916 was valid, and they said they still find it as problematic.

Lance Janda, a military historian at Cameron University, said he’s "still convinced that solely looking at numbers of ships and then making historical comparisons is absurd. The capability of individual ships has to be taken into account. So do the threat and budget environments."

Today the United States has the most powerful aircraft carriers in the world and more of them -- half again more than the rest of the world combined. What is the proper way to calculate the value of one American super carrier?

First calculate the threat environment, then the number of ships

For several years, the White House has embraced a long-term plan that would elevate the Navy to 300 active ships in 2019 and keep it at or above that level through 2045. In March 2015, the Navy, after a formal process completed in 2014 to consider its future military needs, set a goal for a fleet of 308 ships.

Given the current shipbuilding schedule, that goal would not be met until 2022 at the earliest. But even that depends on repealing sequestration. Without an end to sequestration, Jon Greenert, the chief of naval operations, said the Navy would do its best to shield shipbuilding and restoration from sequestration by trying to find savings from other parts of its budget, according his testimony to the Senate earlier this year.

Regardless, experts said it’s important to gauge ship numbers within a context of what threats the Navy is expecting to face.

The number of ships "is not some set-in-stone number that represents absolute truth," Janda said. "Another secretary of the Navy might pick another number, primarily because the number has everything to do with what kinds of ships we want and how much money we have to spend. Remember Reagan? He thought the magic number of Navy ships we needed was 600. Different threat environment, different ships. Do we choose 313 giant ships or 313 smaller ones? Or, if we go smaller, can we have 400? The capabilities are what matter far more than the numbers of vessels."

Most observers said the Navy will have an easier argument to make in the coming years, as China flexes its naval muscles in the South China Sea.

"The greatest strategic threat to the U.S. for the short and medium term, and probably longer, is China," Stueck said. "So a pertinent question would be, how well prepared are U.S. armed forces to deter and/or counter Chinese military actions now and over the next decade?"

Ultimately, Janda said, fans of the talking point will ultimately have to answer this question: "If you could choose, would you go to war with the Navy we have now -- at 288 ships -- or would you rather have the Navy of World War II, which had well over 1,000?"

Heritage Foundation, "The State of the U.S. Military," January 2010

Mitt Romney, remarks at a campaign event in Pittsburgh, Friday, May 4, 2012 (accessed via Nexis)

CNN, "Behind the scenes: A secret Navy flight over China's military buildup," May 26, 2015

E-mail interview with William W. Stueck, historian at the University of Georgia, June 5, 2015

E-mail interview with Todd Harrison, fellow with the Center for Strategic and Budgetary Assessments, June 5, 2015