Donald Trump has turned heads by having some seemingly nice things to say about Russia’s leader Vladimir Putin.

But did he have his party alter its platform to soften its rhetoric on Russia?

While the original version of the Republican Party platform is not public and unavailable, news outlets reported that it contained language that included arming Ukraine in its fight against Russia. The version that passed, however, softened the language, saying America will provide "appropriate assistance" to Ukraine and "greater coordination with NATO defense planning."

Todd then asked where the idea came from, and added, "Everybody on the platform committee had said it came from the Trump campaign. If not you, who?"

Finally, Todd pressed the matter, asking if anyone on the Trump campaign wanted that change, to which Manafort answered: "No one, zero."

So did Trump and his campaign influence the change? It’s hard to know for sure, and that’s why we’re avoiding putting this question on the Truth-O-Meter. But the evidence does suggest that Trump’s campaign was involved.

Trump said in an interview on ABC that he personally had nothing to do with the change, but did not give a clear answer to whether or not his campaign was involved.

George Stephanopoulos: "Then why did you soften the GOP platform on Ukraine?"

Trump: "I wasn't involved in that. Honestly, I was not involved."

Stephanopoulos: "Your people were."

Stephanopoulos: "Do you know what they did?"

Trump: "They softened it, I heard, but I was not involved."

As you can see, Trump says, "Yeah," in response to a query that his campaign was involved. But it’s not clear if that’s the answer to a question or just Trump filling space.

After these questions, Trump hints at why the platform may have changed.

"The people of Crimea, from what I’ve heard, would rather be with Russia than where they were," Trump said.

Independent reporting does seem to undercut Manafort’s denial of any involvement.

"The Trump campaign worked behind the scenes last week to make sure the new Republican platform won’t call for giving weapons to Ukraine to fight Russian and rebel forces, contradicting the view of almost all Republican foreign policy leaders in Washington,"  reported Josh Rogin in the Washington Post.

The column relies largely on the account of Diana Denman, a platform committee member from Texas and former Ted Cruz supporter, who proposed an amendment during a national security platform meeting to arm Ukraine against Russia. (Attempts to contact those at the meeting were unsuccessful.)

The article says that amendment was tabled after pro-Trump delegates were urged by Trump staffers to water down the provision. On Aug. 1, 2016, Rogin reiterated his point after Manafort and Trump both denied that they were involved.

In another article by Rogin, Trump campaign co-chairman Sam Clovis weighed the costs of providing assistance to other nation states while speaking to European diplomats at the International Republican Institute.

"It’s okay to go out here and load your mouth up and say stuff and say, ‘Yeah we are going to come to your aid, we’re going to provide you arms, we’re going to come out and do all these things. But nobody has taken the time to think this through to its logical conclusion," Clovis said. "What are the costs going to be to the United States, not just in Ukraine but also in NATO and also around the world?"

Other reports from people involved in the platform process say the Trump campaign was involved.

Maine delegate Eric Brakey told the Daily Beast he supported the change, which was pushed in part by the Trump campaign.

"Some staff from the Trump campaign came in and… came back with some language that softened the platform," Brakey told the Daily Beast. "They didn’t intervene in the platform in most cases. But in that case, they had some wisdom to say that maybe we don’t want to be calling… for very, very clear aggressive acts of war against Russia."

Another delegate, Rachel Hoff of Washington, D.C., told the Daily Beast that it was "my understanding that it was Trump staff," behind the change in language.

Steve Pifer, a foreign policy senior fellow, and the Brookings Institute said the United States has been directly involved with Ukraine by providing a fair amount of assistance to the country.

A Los Angeles Times article also said Trump "surrogates" intervened during the platform meeting. The other news articles about this situation site the Washington Post as evidence that Trump was involved, but it’s hard to use those news reports as evidence in this fact-check.

Experts we talked to said the change was in line with Trump’s foreign policy positions, making it difficult to rule out completely that Trump’s campaign was involved or wanted the platform to change.

"The shift to a dovish posture moves the platform more in alignment with Trump's own foreign policy stance on Ukraine, which is considerably more dovish than most (but not all) Republican foreign policy experts," said Peter Feaver, a political science professor at Duke University.

Where exactly does Trump stand?

In an interview with the New York Times following the Turkish coup in late July, Trump said he’d like to improve relations with Russia.

"Oh, I would love to have a good relationship where Russia and I, instead of, and us, and the U.S., instead of fighting each other we got along," Trump says. "It would be wonderful if we had good relationships with Russia so that we don’t have to go through all of the drama."

A large part of The New York Times interview talks about North Atlantic Treaty Organization and provides for the collective defense of 28 countries. Ukraine is not a NATO nation but is a partner.

Trump did respond to a question about Russian activism threatening Baltic states, which are new members of NATO.

Feaver said that he ultimately can’t verify from a fact-checking point of view what caused the platform to change, adding that the public has very little visibility into the policy side of Trump’s campaign.

"The shift went in the direction of Trump's public statements," he said. "It strikes me as plausible that Trump's campaign pushed for the shift.

"I would be surprised if Trump had NOT tried to nudge the platform at least some places towards his own stances." 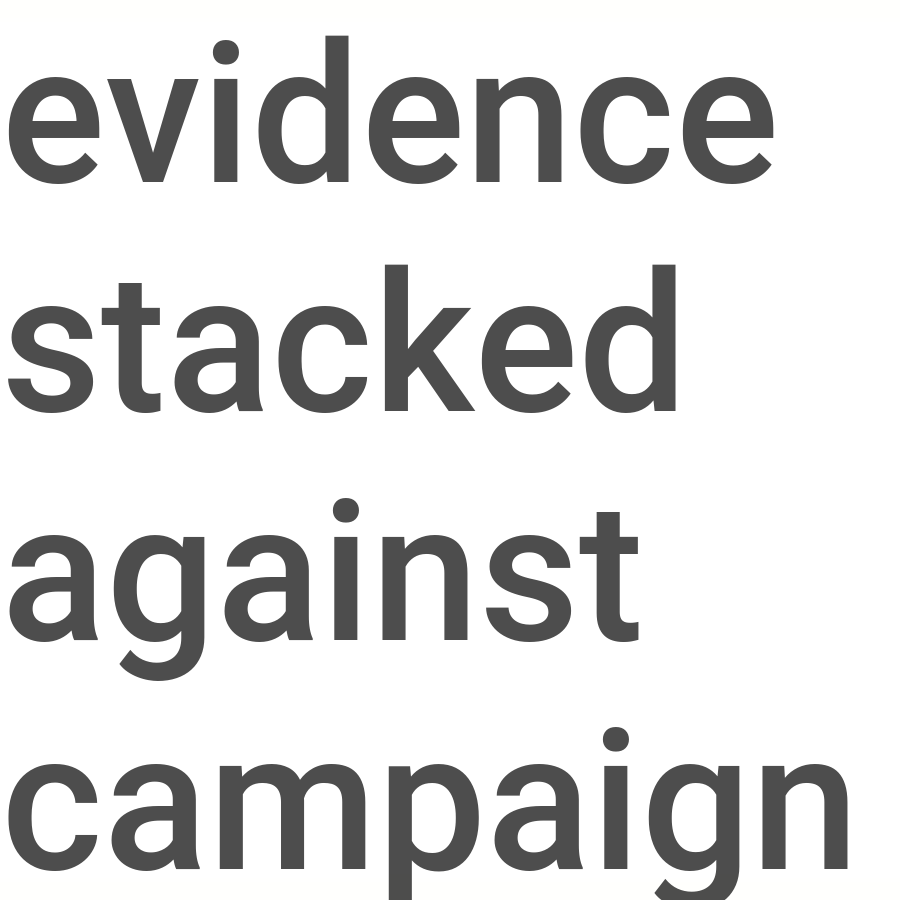