Did Donald Trump inherit 'a mess' from Barack Obama?

Did Donald Trump inherit "a mess" when he took the oath of office? He certainly thinks so.

He used the phrase four times in his marathon press conference on Feb. 16:

"As you know, our administration inherited many problems across government and across the economy," he told the assembled reporters. "To be honest, I inherited a mess. It's a mess. At home and abroad, a mess. Jobs are pouring out of the country; you see what's going on with all of the companies leaving our country, going to Mexico and other places, low pay, low wages, mass instability overseas, no matter where you look. The Middle East is a disaster. North Korea -- we'll take care of it folks. We're going to take care of it all. I just want to let you know, I inherited a mess."

Was it really a "mess"? As fact-checkers, our research on the economy, at least, has shown a lot of improvement in recent years.

Because "a mess" is a subjective term, we decided not to rate his statement on our Truth-O-Meter. Instead, we’ll look at some hard numbers and let readers make up their own minds.

We should note that no president is all-powerful in controlling the economy. Global market forces, changes in technology, oil shocks and random events play roles as well. So assigning a president full credit or blame is unwise.

That said, we’ll proceed to an assessment of two areas. First, we’ll look at the economy. Then we’ll analyze foreign policy.

The White House sent us a supporting document titled "Inheriting A Mess" that listed slow growth in gross domestic product and wages, losses in manufacturing jobs, "higher costs and fewer choices" under the Affordable Care Act, and rising college tuition and student debt loads. On the foreign policy front, they cited negative developments in North Korea, Syria and Afghanistan, the spread of ISIS, tensions with Israel, and the negotiations that led to the Iran nuclear agreement. We'll expand on these topics below.

President Barack Obama’s greatest economic achievement was to prevent the Great Recession from spiraling into a full-blown depression.

By the time Obama was inaugurated in 2009, the unemployment rate had spiked from 5 percent to 7.8 percent, on its way to 10 percent a few months later. A rising tide of middle-class families were losing homes, turning to food stamps and seeking government-sponsored health care for the first time.

In 2016, increases in hourly earnings accelerated, which, when combined with increased rates of employment, helped boost overall household incomes. Real household debt is lower than it was in 2006.

"As 2016 ends, the U.S. labor market is in its best shape since the recession, with nearly every measure of the market at its most favorable level in years," economist Jed Kolko concluded in his end-of-the-year report for the jobs website Indeed.

In other words, Obama left the economy in much better shape than he inherited it, even if it remains imperfect for every American.

"In general, the response to the Great Recession was forceful but sensible," Edward Glaeser, a Harvard University economist, told us last year. "There were few massive mistakes on his watch."

Obama oversaw several far-reaching programs designed to prevent a chain reaction of collapse. Two began under Bush. One was the $426 billion Troubled Asset Relief Program, which helped stabilize the financial industry. The other was the auto bailout, which helped set the stage for a genuine rebound in the auto industry later in Obama’s tenure. Within a few years, car sales were hitting record highs.

In the two years when he had a Democratic-controlled Congress, Obama proceeded to enact a roughly $800 billion stimulus bill that included federal spending on infrastructure, tax cuts and fiscal help help for cash-strapped states. He also managed to enact the financial regulatory bill known as Dodd-Frank, as well as the Affordable Care Act, his signature initiative that helped provide options for people to keep health insurance even if they lost their job.

This isn’t to say that everything was perfect on Obama’s watch.

Income inequality remains persistently high, with many rural and blue-collar areas of the country stuck in a decades-long economic rut. While food stamp use and poverty rates have eased, they still haven’t returned to their pre-recession levels. Gross domestic product growth — the engine of long-term economic prosperity — remains sluggish, even after the recession officially transitioned into the recovery.

Job gains have been relatively modest in scale compared to some previous recoveries. And even those who credit Obama’s actions worry about a declining labor-force participation rate, which hasn’t been this low since the 1970s. Part of this is due to retirements by baby boomers, but not all of it, and economists aren’t entirely sure why a relatively large number of Americans have decided to do things other than work.

All told, Obama took an economy with a big hole in it and was able to fill it in and give it stability, said Brookings Institution economist Gary Burtless. That stability was passed on to Trump.

Ultimately, the epitaph for the Obama economy is more likely to be about perils avoided, Tara Sinclair, a George Washington University economist, told us at the end of Obama’s term.

Trump can make a stronger case that he inherited a foreign policy "mess" than an economic one, though most foreign policy specialists said the situation is more nuanced than he makes it out to be.

We found broad agreement that certain areas of the world are more unstable today than when Obama took office. The biggest one is probably the Middle East.

"Obama presided over the period of the Arab Spring, in which many Middle Eastern states witnessed large-scale uprisings and the complete failure of several states," said Joshua Landis, director of the Center for Middle East Studies at the University of Oklahoma.

"In some places such as Libya, Syria and Yemen, Obama's diplomacy and military actions made the situation worse," he added. "More aggressive action would probably have backfired, but liberal interventionism did not help."

Barnett Rubin, associate director of the Center on International Cooperation at New York University, agreed that "it’s fair to say that President Trump inherited a mess in Syria." He added, though, that whether Obama is to blame for this is "unknowable."

"Was there something Obama could have done and failed to do that would have made the situation better?" Rubin said. "There are reasonable arguments for both answers. I lean toward ‘no,’ but I respect those who think otherwise."

Anthony Clark Arend, a professor of government and foreign service at Georgetown University, agreed, saying, "Perhaps if the Obama Administration would have provided support to Syrian rebels early, (Syrian President Bashar) Assad may not have been able to survive. Perhaps if the Obama administration had acted forcibly, the conflict might not have escalated. But we will never know. There are a lot of ‘ifs’ here."

Meanwhile, the Israeli-Palestinian conflict "seems to have worsened over the past eight years, with no immediate prospects for progress," Arend said. And several experts said Obama was slow to recognize the threat posed by the Islamic State, or ISIS, although some give him credit for slow, steady progress against the group in recent years.

As for other parts of the world, several experts highlighted a deterioration in the U.S.-Russia relationship.

It was a "mistake" by Obama to goad Russian President Vladimir Putin by calling Russia a "regional power," Rubin said, and Obama’s relative inaction against the annexation of the Crimean region of Ukraine "was a tragic mistake on his part," said John Pike, director of globalsecurity.org.

In Asia, Obama had to grapple with increasing Chinese militarism in the South China Sea, said Lance Janda, a Cameron University military historian. "Our fault? No," he said. "Critics would say we should have reacted more strongly, and that our unwillingness to do so helped push Philippine President Rodrigo Duterte toward the Chinese." But Duterte is a loose cannon, he said, "and I don’t think fighting the Chinese over the Spratly Islands would have made sense."

In a few places, experts said, relations were generally better at the end of Obama’s term than at the beginning, particularly South Asia, Latin America and sub-Saharan Africa. Obama also moved to repair ties with such authoritarian states as Iran and Cuba, though such developments were -- and remain -- highly controversial. And Obama -- to a greater degree than Trump so far -- generally maintained cordial relations with U.S. allies.

More quietly, Arend said, great strides have been made in combating global poverty and disease, while international laws have protected human rights and the environment in many nations and, by historical standards, fewer people today are dying in armed conflict.

Of course, it’s also true that a number of foreign policy hotspots were problematic at the end of Obama’s term, just as they were at the beginning of his term. These include Afghanistan, Iraq and North Korea. (Trump specifically mentioned North Korea during his press conference.)

Ultimately, Trump may have a point that the world is a "mess" today -- but experts emphasized that it has almost always been thus.

"In foreign affairs, every president inherits a mess," Rubin said. "It's the nature of the international order. I don't think that the current mess is so different from other messes." 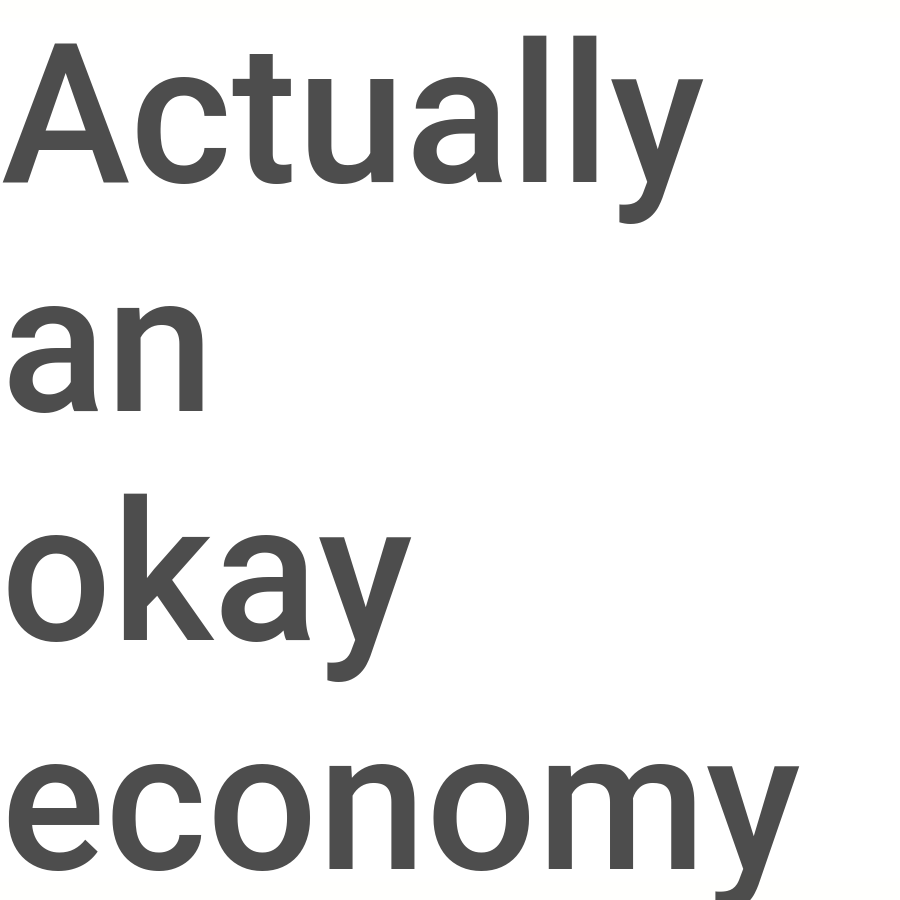 Politifact Rating:
"To be honest, I inherited a mess."
Donald Trump
President

Email interview with Joshua Landis, director of the Center for Middle East Studies at the University of Oklahoma, Feb. 17, 2017