With the future of the Senate health care bill hanging by a thread, President Donald Trump pressed Republican senators to fulfill their party’s seven-year promise to get rid of Obamacare.

Flanked by families Trump said had suffered under the Affordable Care Act, he said, "So far, Senate Republicans have not done their job in ending the Obamacare nightmare."

Many senators remain in the dark as to what piece of legislation they will be voting on. Trump spoke only of passing a bill to repeal and replace the sweeping health care law without endorsing a specific bill.

Here are some of his statements and the fact-checks we’ve examined in the past.

"Obamacare has broken our health care system. It's broken. It's collapsing."

While Trump has often said that Obamacare is collapsing, the first part of that statement goes further to say that the law has broken the entire health care system. This is not accurate.

The reality is that much of the care people receive continues as before, and by some measures, the system is on better footing than before. Hospitals, for example, spent about $6 billion less between 2013 and 2014 on care for which they received no payment. So-called uncompensated care fell mainly in states that expanded the Medicaid program to all poor adults, according to a study by the Kaiser Family Foundation. That bottom line improvement made hospitals more financially stable.

As for the individual insurance market, the part of Obamacare that Trump has said before is in a death spiral, we have rated statements like that False.

The latest assessment from the Congressional Budget Office, the nonpartisan analytic arm of Congress, is that the overall market is stable and would remain so for the coming decade.

The CBO said even though premiums have been rising, most of the people who buy through the government-run insurance exchanges are protected by the subsidies that are built into the law.

"The subsidies to purchase coverage, combined with the effects of the individual mandate, which requires most individuals to obtain insurance or pay a penalty, are anticipated to cause sufficient demand for insurance by enough people, including people with low health care expenditures, for the market to be stable in most areas."

That said, as recently as July 12, the Kaiser Family Foundation found that 38 counties in the country are at risk of not having a single health insurance provider in 2018. 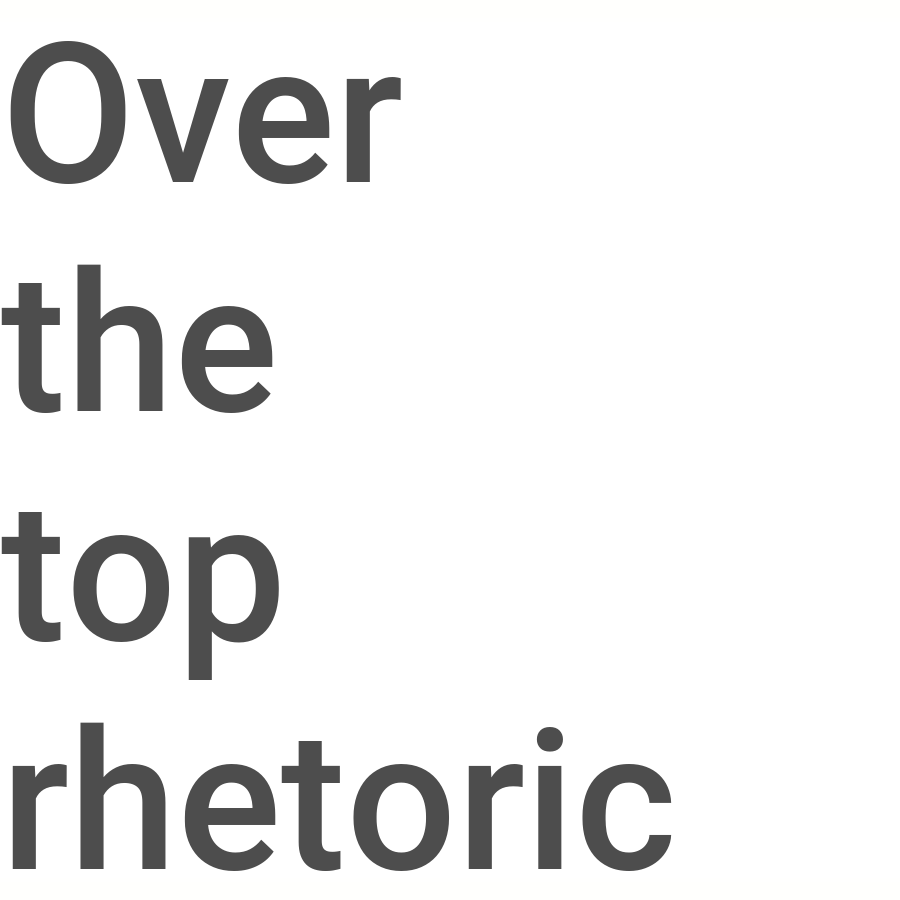 PolitiFact Rating:
Over the top rhetoric
"Obamacare has broken our health care system. It's broken. It's collapsing."
Donald Trump
President of the United States

In a speech at the White House
Monday, July 24, 2017
2017-07-24
Read More
info
"They (senators) can now keep their promise to the American people to provide emergency relief to those in desperate need of help, and to improve health care for all Americans."

Trump makes it sounds like aid would be readily available to struggling health care consumers. The "emergency relief" in the Senate bill would actually go to insurance companies and state governments. While some of the money would help individuals, most of the benefits would be indirect and might take time to come together.

The Senate bill contains $182 billion designed to keep premiums down and encourage insurance companies to continue to sell policies in more local markets. The money comes in two pots.

The first is $50 billion over two years that insurance companies could request from the federal government to offset losses. In theory, this protection would reduce the risk to carriers and lead to lower insurance premiums.

Another $132 billion would be spread out over a number of years and would go to the states. States could use this money to pay the premiums for people in high risk pools. They could also provide additional premium subsidies and pay hospitals, doctors and other health care providers.

The precise impact of this is difficult to predict. Premium subsidies would tend to push premiums down. At the same time, the Senate bill gives insurers more flexibility to charge more to older policy holders. That, coupled with higher deductibles and other out-of-pocket expenses, could produce uneven effects.

According to the Kaiser Family Foundation, "older, lower-income people generally would see the largest increases; younger and more affluent people would see decreases in many locations."

"The Senate is very close to the votes it needs to pass a replacement. The problem is we have zero help from the Democrats. They're obstructionists."

Because the GOP holds 52 Senate seats to Democrats’ 48, Democrats would be powerless to stop a united GOP caucus from passing legislation to dismantle Obamacare. In fact, Republicans could afford to lose two members and still pass the bill, with Vice President Mike Pence casting the tie-breaking vote.

The truth is Senate Republicans have been unable to agree on a replacement package that reconciles divisions between its more moderate and conservative members.

Defections by four GOP senators effectively killed the repeal-and-replace plan on July 17. The following day, a more modest repeal bill was doomed after three Senate Republicans came out in opposition.

Later in his speech, Trump appeared to acknowledge the difficulty of reaching an agreement given Senate Republicans’ slim margin of error.

"The Democrats aren't giving us one vote, so we need virtually every single vote from the Republicans," he said. "Not easy to do."

The bill provides "more flexibility for states to administer Medicaid to better serve their poorest citizens."

The Senate bill would fundamentally change Medicaid financing. Instead of the open-ended commitment it is today, the program would be put on a budget. States could choose to receive federal dollars based on a per-person formula, or they could take the money as a block grant. Either way, many federal rules would disappear, and states would gain the flexibility to spend Medicaid dollars as they see fit, as Trump said.

On the other hand, Washington would be much less generous with states than it is today. Medicaid spending would continue to rise, but at a much slower rate. The CBO estimated that by 2026, states would be getting 26 percent less than they would if the law remained the same. The cumulative difference over the next 10 years would be $756 billion.

This proposal has driven a wedge in the Republican ranks, dividing senators from states that want to preserve as much of the Medicaid funding as possible -- essentially in states that expanded Medicaid -- from those who feel the current system puts them at a disadvantage or simply spends too much.

Kaiser Family Foundation, Counties at Risk of Having No Insurer on the Marketplace (Exchange) in 2018, June 20, 2017