After the judicially challenged rollout of President Donald Trump’s initial executive order on refugees and immigration from Muslim-majority countries, the White House has now put forth a revised version. But how different is the new one from the old one?

As soon as the new order came out, we touched base with a wide range of legal and immigration-policy experts to ask about the key differences between the two, how significant they are, and the likelihood that the new order would pass judicial muster. We’ll update this article to include expert comments on these questions as we receive them. But for now, we’ll explain what we know so far.

The White House made clear that it considered the new order to be a substantial revision.

The order Trump signed said that he was "revoking Executive Order 13769 and replacing it with this order, which expressly excludes from the suspensions categories of aliens that have prompted judicial concerns and which clarifies or refines the approach to certain other issues or categories of affected aliens."

Based on our analysis, several aspects of the revised order appear to be new:

• The new order provides additional justifications for why the new provisions are necessary, something the courts had cited as insufficient in the previous order. It lists passages from the State Department’s country reports on terrorism for 2015 to argue that "their nationals continue to present heightened risks to the security of the United States. … Recent history shows that some of those who have entered the United States through our immigration system have proved to be threats to our national security. Since 2001, hundreds of persons born abroad have been convicted of terrorism-related crimes in the United States." The new order also says that the attorney general reports that "more than 300 persons who entered the United States as refugees are currently the subjects of counterterrorism investigations by the Federal Bureau of Investigation."

• It includes an explicit statement that the order does not enshrine religious discrimination -- a major criticism of the previous order, which urged officials to "prioritize refugee claims made by individuals on the basis of religious-based persecution." The new order says the previous one "was not motivated by animus toward any religion, but was instead intended to protect the ability of religious minorities -- whoever they are and wherever they reside -- to avail themselves of (refugee protections) in light of their particular challenges and circumstances."

• The new version excludes Iraq from the original list of seven majority-Muslim countries from which new visas would be banned for 90 days. The other six countries -- Iran, Libya, Somalia, Sudan, Syria and Yemen -- are still included in the new ban. The new order outlines enhanced security measures worked out with the government of Iraq. The order calls Iraq a "special case" because of the "close cooperative relationship between the United States and the democratically elected Iraqi government, the strong United States diplomatic presence in Iraq, the significant presence of United States forces in Iraq, and Iraq's commitment to combat ISIS justify different treatment for Iraq."

• The new order puts a hold on refugee admissions from Syria for 120 days, not indefinitely, as was outlined in the previous executive order.

• It includes several explicit exceptions to barriers to entry that were not made clear in the previous order, and which had prompted concerns about the order’s scope. Most notably, it says that lawful permanent residents of the United States -- green card holders -- are not barred from entry. It also lists several other categories of exceptions for people with certain valid documents, including diplomatic visas, as well as people who have been granted asylum or who are covered by international torture conventions.

• The new order widens the right of immigration-enforcement officials to issue waivers that deviate from this policy on a "case-by-case basis." Specifically, a consular officer, the commissioner of U.S. Customs and Border Protection or an official delegated by the commissioner are permitted to allow the entry, if there is proof that denying entry "would cause undue hardship, and that his or her entry would not pose a threat to national security and would be in the national interest." Previously, waivers had been limited to the secretaries of state and homeland security.

• It spells out greater consultation about enforcement with domestic and international entities. It says the secretaries of state and homeland security "shall consult with appropriate domestic and international partners, including countries and organizations, to ensure efficient, effective, and appropriate implementation of the actions directed in this order." The previous order did not include provisions urging consultation.

• It provided guidance on how to handle people negatively affected by the previous executive order. "Any individual whose visa was marked revoked or marked canceled as a result of (the previous executive order) shall be entitled to a travel document confirming that the individual is permitted to travel to the United States and seek entry," the new order says.  In addition, it says that cancellations due to the previous order "shall not be the basis … for any future determination about entry or admissibility."

Are these significant differences? Will the courts go along?

Experts said they see the differences between the two orders as significant, but not enough to entirely remove judicial obstacles.

"Overall, the changes are certainly substantive," said David Bier, an immigration policy analyst with the libertarian Cato Institute. "Any order that applies to fewer people, especially fewer people with strong U.S. ties, will be more likely to withstand judicial scrutiny. But I don’t think that the new order resolves all of the legal problems."

Bier said he sees several of the changes -- however sensible they may be on their face -- as undercutting other arguments that the White House has made.

For instance, he said, the exclusion of Iraq from the list of banned countries undercuts the argument that the White House was simply using a list of seven countries cited as security risks in legislation signed by President Barack Obama.

In addition, the delay of the effective date of the new order to March 16 -- 10 days after its signing -- "undermines the argument that the administration made in court that any delay in implementation—even for a few days—would jeopardize national security," Bier said.

Meanwhile, Bier said, the fact that current visa holders are excluded from the order "undermines the argument that these nationals per se pose a unique threat and that the current visa vetting process is inadequate to deal with this threat."

Finally, the fact that immigrants sponsored by U.S. citizen family members and U.S. employers are still subject to the immigration ban suggests that "the order is once again overbroad."

Mark Hetfield, president and CEO of the refugee-resettlement group HIAS, agreed that the new order cuts down on the number of people who could be affected. "It takes into account people who are traveling and who have valid visas, so it is less disruptive for them than the first order," he said.

Still, he added, despite the different words, the new order would have a lot of the same impact, especially for refugees.

The language about religious discrimination, Hetfield said, is a step in the right direction, but may not be enough to withstand constitutional concerns.

"The waiver is still in place on a case-by-case basis," he said, adding that it’s hard to ignore the previous comments by Trump and his allies that this is a "Muslim ban." "The trail of verbiage is still there that this is a Muslim and refugee ban," Hetfield said.

The "most troubling" aspect of the new order, Hetfield said, is the allegation that more than 300 refugees are under investigation for terrorism-related allegations.

"This is vilification without explanation," Hetfield said. "If this is true, how many were admitted before and how many after the new vetting procedures were implemented in 2011? How many are from which countries? What does "investigated" even mean? How many have been charged? How many cases have been closed? This is a statistic that scares but does not inform."

Cornell University Law School professor Stephen Yale-Loehr, an immigration-law specialist, called the new order "old wine in a new bottle. It assumes that travelers from the six Muslim-majority countries and all refugees are inherent security risks."

Yale-Loehr said he expects the legal battles to continue.

"U.S. relatives will still sue over the inability of their loved ones to join them in the United States," he said. "U.S. companies may sue because they cannot hire needed workers from the six countries. And U.S. universities will worry about the impact of the order on international students’ willingness to attend college in the United States."

Kermit Roosevelt, a University of Pennsylvania law professor, said the changes have "definitely fixed some of the due process problems. The question is whether the courts will be willing to say that it’s still the product of an impermissible motive." The question, he said, "is whether this is still the promised Muslim ban. My sense is that it’s supposed to be—it’s supposed to satisfy the Trump supporters who wanted a Muslim ban." But if so, he added, it’s hard to justify on national security grounds.

This story has been updated to include additional comments from experts. 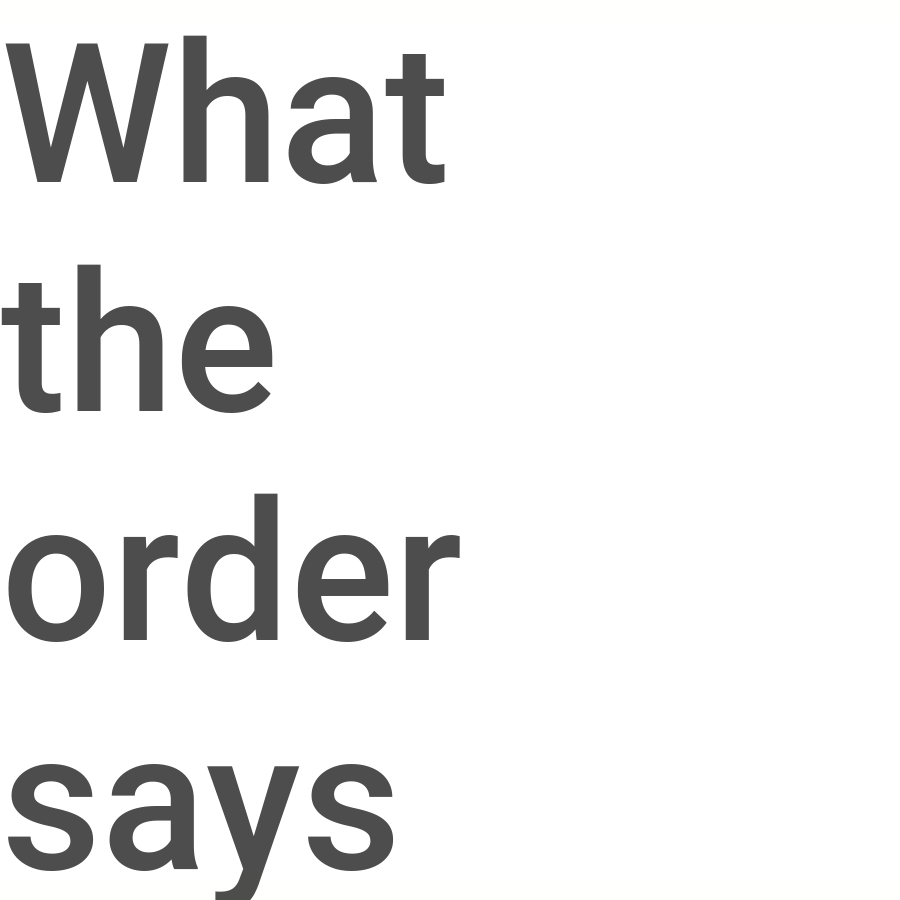 Text of the original executive order from Jan. 27

Text of the Department of Homeland Security fact sheet from Jan. 29

Text of the replacement executive order from March 6