Donald Trump and the fish food dump: How early reports got it wrong
By Louis Jacobson November 6, 2017

It was a story that seemed to reinforce stereotypes of President Donald Trump: On a visit to Japan, he was handed a box of food for a ritual feeding of carp, and after doling out a few spoons’ worth, he got impatient and dumped the rest of the box all at once.

Initial reports of the food dump -- like this early video from CNN -- suggested that Trump acted on his own. This pushed the late-night Twitterverse and blogosphere into a tizzy. The website Jezebel posted a story headlined, "Big Stupid Baby Dumps Load Of Fish Food On Japanese Koi Pond." 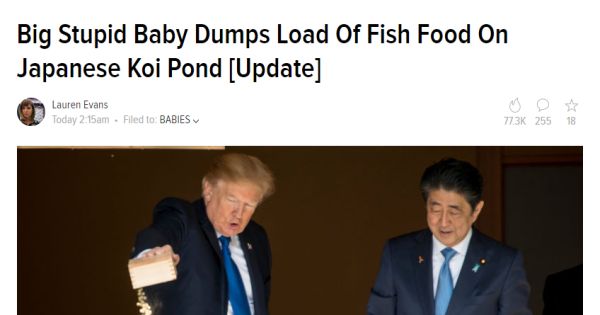 One problem: Trump didn’t just decide to dump his food on his own. Video shows he was following the lead of his host at the koi pond event, Japanese Prime Minister Shinzo Abe.

Here’s a gif and a video (and another video) showing how events actually transpired -- first Abe, then Trump.

Several journalists took to Twitter to correct the record as soon as it became clear, including Bloomberg’s Nicholas Wadhams, the Washington Post’s David Nakamura, and freelance journalist Yashar Ali, who went so far as to delete one of his previous posts and explain why.

I've deleted this tweet which was based on multiple news reports but the video clearly shows Abe dumping his box of food first. pic.twitter.com/nsdt8U0awj

Other media tweaks were less forceful.

The Jezebel post had not been updated by the time we found it around noon on Monday. It was later updated at 12:30 p.m., but with this addendum: "Many people have pointed out that Abe also dumped his fish food into the pond. This does not change the fact that Trump remains a big, extremely stupid baby, though I should also have noted that he is also racist, sexist and thoroughly incompetent. Thank you."

Other reports we viewed around the same time, such as those from CNN, the New York Daily News, and the Telegraph, mentioned that Abe was first to dump his box, but usually did so several paragraphs into the story. A story by the Independent mentions that Abe was the first to dump his box, but the headline gives a different impression: "US President trumps Abe by upending box of food into Tokyo palace koi carp pond."

The Gizmodo post interpreted the media's reaction this way: "In the wide world of media mistakes, Koigate is probably somewhere between a spelling error and posting the wrong hyperlink. But you can be sure that we’ll be talking about Koigate for some time as an example of what’s wrong with the media. Because nobody is operating in good faith anymore. The year 2017 and beyond is simply a contest to see who can be outraged over the most minute details of any scandal. All while very real scandals are dismantling American democracy." 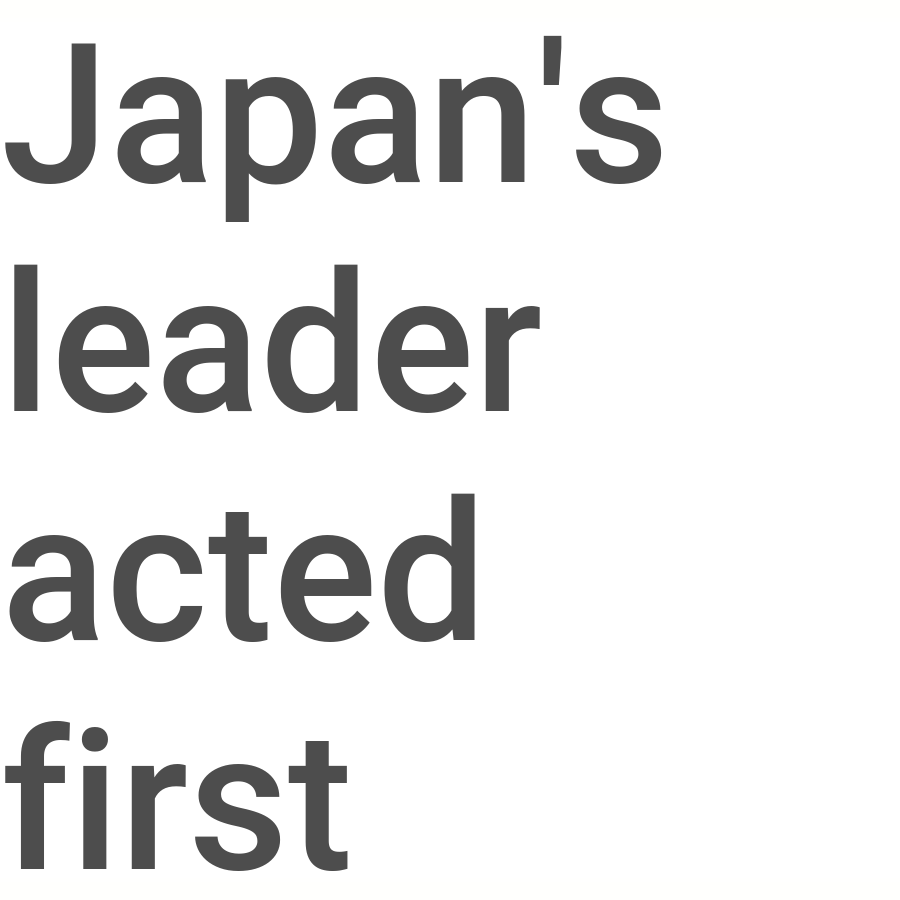 PolitiFact Rating:
Japan's leader acted first
Say President Donald Trump got impatient and broke decorum by emptying his box of fish food all at once.
Tweets
on the Internet
https://twitter.com/yashar/status/927511340452900865