Is North Korea ready to scrap its nuclear weapons?
By Jon Greenberg April 19, 2018

News that Mike Pompeo, current CIA director and President Donald Trump’s pick to head the State Department, had been in North Korea drew an approving nod and a note of caution from the Senate’s top Democrat, Sen. Chuck Schumer of New York.

"We should all root for a diplomatic solutions to the decades' long North Korean conflict," Schumer said April 18 on the Senate floor. "That's why the United States should pursue a diplomatic opening, including through direct diplomacy with Pyongyang. But thus far we've not seen any indication that North Korea is willing to take concrete measures towards denuclearization."

That last part isn’t well suited to a fact-check because signs of "willingness" might lie in the eye of the beholder. But asking whether there are no signs whatsoever that North Korea is willing to take specific steps to dismantle its nuclear program unpacks a lot of telling history.

As of the morning Schumer spoke, North Korea itself hadn’t said that it is willing to discuss denuclearization. It had spoken through others.

At the end of March, North Korean President Kim Jong Un made a rare trip to Beijing to meet with Chinese President Xi Jinping. Afterward, the official Chinese news service Xinhua reported that Kim said, "It is our consistent stand to be committed to denuclearization on the peninsula."

It’s worth noting that when North Korea’s Central News agency wrote about the meeting, it did not mention denuclearization.

On April 7, unnamed American officials told reporters that they had confirmed that Kim Jong Un was willing to discuss the denuclearization for the entire peninsula. (PolitiFact does not rely on anonymous sources in our reports, and we cannot confirm this information.)

A bit more than a week later, Im Jong-seok, chief-of-staff to South Korean President Moon Jae-in, told reporters that North Korea was open to scrapping its nuclear program and a joint statement from the leaders of both countries was in the works. That statement, however, would be "abstract," according to press reports.

Finally, a few hours before Schumer spoke, we had Trump’s tweet about Pompeo’s meeting with Kim.

"Mike Pompeo met with Kim Jong Un in North Korea last week, Trump tweeted April 18. "Meeting went very smoothly and a good relationship was formed. Details of Summit are being worked out now. Denuclearization will be a great thing for World, but also for North Korea!"

Mike Pompeo met with Kim Jong Un in North Korea last week. Meeting went very smoothly and a good relationship was formed. Details of Summit are being worked out now. Denuclearization will be a great thing for World, but also for North Korea!

So, not a direct statement from North Korea on denuclearization, but the word was in play and not refuted by North Korea.

Open to talks vs. concrete steps

Schumer’s staff emphasized that he was talking about concrete measures, that is, tangible steps, in contrast to words that might lead to tangible steps.

Right now, North Korea has made one clear move. It said it would not test bombs or missiles to deliver them while talks are underway.

"This is separate from denuclearization and does not show an intent to denuclearize," said Scott Snyder, at the Council on Foreign Relations and author of South Korea at the Crossroads:  Autonomy and Alliance in an Era of Rival Powers. "But it does show a willingness to reopen the way for talks about denuclearization. Compared to six months ago, the North Koreans are signaling a willingness to talk rather than a posture of running away from talks."

The idea of concrete or tangible measures has a long history in U.S.-North Korean relations. Frank Jannuzi, president of the Mansfield Foundation, a group that funds work on U.S.-Asian policy, said under past administrations, a number of options would qualify.

"You can freeze fisile production at the Yongbyon nuclear reactor, invite international inspectors in, or shut down some centrifuges," Jannuzi said. "You can do anything you want, but it has to be something that shows us you are serious about pulling back on your nuclear program."

These steps were part of the 2005 Six-Party Agreement, a deal signed by North Korea, the United States, China, Russia, Japan and South Korea, which laid out a path to denuclearization.

President Barack Obama referred to the need for "concrete" action by North Korea in a joint statement with South Korea in 2009.

Trump’s former secretary of state, Rex Tillerson, also called for North Korea to "take concrete steps to reduce the threat that its illegal weapons programs pose to the United States and our allies before we can consider talks," in an April 28, 2017, speech at the U.N. Security Council.

So Schumer used a term that has a particular meaning in the context of North Korea. And Joseph de Thomas, professor of international affairs at Penn State University, told us "there is no public evidence that Kim is prepared to do this."

De Thomas cautioned that denuclearization has different meanings. For the United States and its allies, it "is synonymous with ‘Complete Verifiable Irreversible Dismantlement’ of North Korea’s nuclear program, which is a term used by the last three U.S. administrations."

On the other hand, for North Korea, it means the "denuclearization of the Korean Peninsula," de Thomas said. "The North Koreans, at minimum, are thinking about a reciprocal process of negotiated changes in the two sides security postures. Think U.S.-Soviet arms control."

"They always said he wanted that the peninsula be denuclearized," Jannuzi said. "All we have from the North right now is basically what’s always been there."

At the end of the day, there is a shift in rhetoric, but what North Korea means by denuclearization and what the United States has in mind are likely quite different, experts told us. And North Korea has not offered any concrete steps in the meaning of that term in past U.S.-North Korean discussions.

As for what they are willing to do, that might only become clear at the bargaining table. 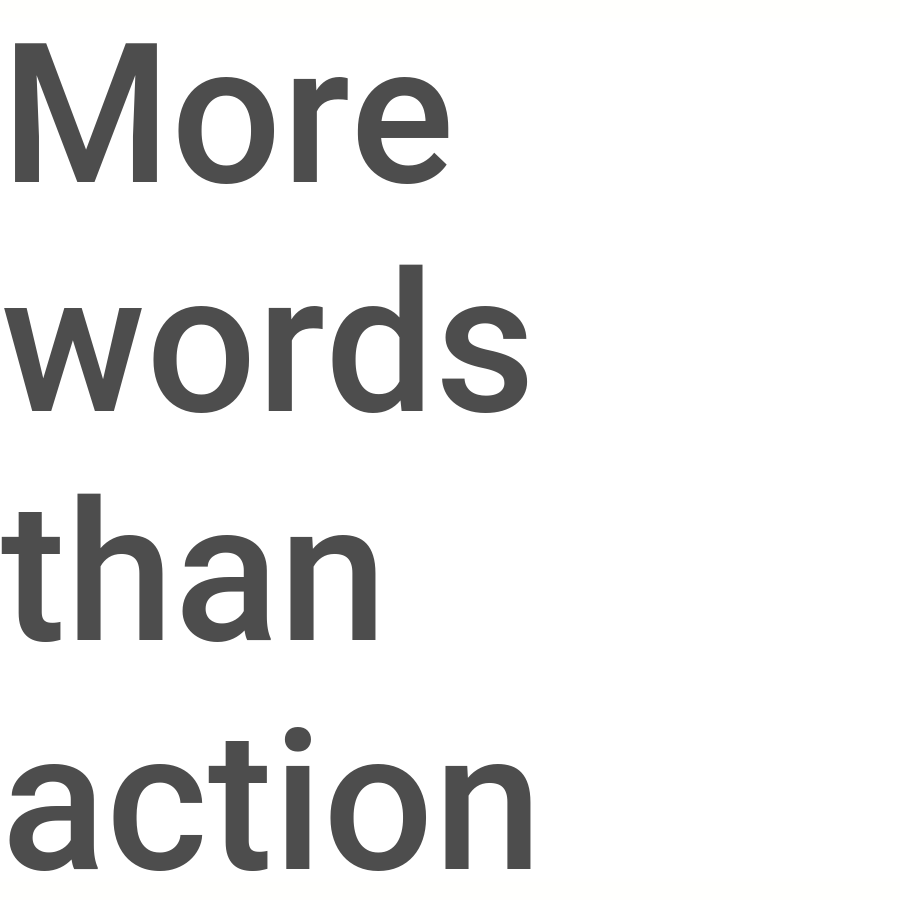 Brookings Institution, A proposal for a "Bosworth Process" with North Korea: Denuclearization and beyond, October 2009

Washington Post, North Korea confirms to White House that it is willing to talk about denuclearization, administration officials say, April 8, 2018

Bernie Sanders
stated on February 23, 2020 an interview on CBS News' "60 Minutes":
“When Fidel Castro came into office, you know what he did? He had a massive literacy program.”

Pete Buttigieg
stated on February 19, 2020 the Democratic debate in Nevada:
The budget hole in Bernie Sanders’ plans “is bigger than the size of the entire economy of the United States."

Bernie Sanders
stated on February 15, 2020 a speech in Las Vegas:
Says Mike Bloomberg “opposed modest proposals during Barack Obama’s presidency to raise taxes on the wealthy, while advocating for cuts to Medicare and Social Security.”

Bloggers
stated on October 18, 2019 a post on Facebook:
Says Elizabeth Warren, asked about the Mollie Tibbetts murder, said “I know this is hard for her family, but they have to remember that we need to focus on real problems, like illegal immigrants not being able to see their kids.”

Jay Sekulow
stated on January 22, 2020 the Senate impeachment trial:
Says President Donald Trump’s hold on Ukraine aid was like when "the Obama administration withheld $585 million of promised aid to Egypt in 2013 ... (and within the  fiscal year) they didn't have to disclose the halt to anyone."

Joe Biden
stated on December 13, 2019 a rally in San Antonio, Texas.:
"I (found) the Republican votes for the Recovery Act, Obamacare, help us from falling into a Great Depression."

Elizabeth Warren
stated on December 10, 2019 a policy white paper:
"Roughly one in four fish eaten in the United States was caught here and sent to Asia for processing before being re-imported for American consumers."

One America News
stated on November 30, 2019 a news report:
Says Adam Schiff is "under investigation for Ukrainian Burisma oil connections."