What the U.S. Supreme Court decision means for the deportation of criminal immigrants

The Supreme Court, in a 5-4 decision, ruled part of the law’s definition of "crime of violence" as unconstitutionally vague. Justice Neil Gorsuch, appointed by Trump, sided with liberal judges on the bench.

Vague laws can invite arbitrary power "by leaving the people in the dark about what the law demands and allowing prosecutors and courts to make it up," Gorsuch wrote in a separate opinion concurring in the judgment.

Trump reacted to the decision, tweeting: "Today’s Court decision means that Congress must close loopholes that block the removal of dangerous criminal aliens, including aggravated felons. This is a public safety crisis that can only be fixed by....

....Congress – House and Senate must quickly pass a legislative fix to ensure violent criminal aliens can be removed from our society. Keep America Safe!"

....Congress – House and Senate must quickly pass a legislative fix to ensure violent criminal aliens can be removed from our society. Keep America Safe!

The U.S. Department of Homeland Security said the decision undermined its efforts to remove immigrants convicted of certain violent crimes, including sexual assault, kidnapping and burglary.

In light of the administration’s warnings, PolitiFact decided to take a closer look at the Supreme Court decision and its impact on the removal of immigrants convicted of crimes.

Immigration law experts said the administration was overhyping the consequences.

How Sessions vs. Dimaya got us here

The Supreme Court case centered on James Garcia Dimaya, a native of the Philippines admitted to the United States as a lawful permanent resident when he was 13 years old. Dimaya, who arrived in 1992, was convicted in 2007 and 2009 of first-degree residential burglary under California law.

The Obama administration attempted to deport Dimaya based on his burglary convictions starting in 2010. The Trump administration picked up on this effort.

Under the Immigration and Nationality Act, noncitizens convicted of an aggravated felony are subject to deportation. Many offenses fall under that category, including a "crime of violence."

The term is partly defined as "any other offense that is a felony and that, by its nature, involves a substantial risk that physical force against the person or property of another may be used in the course of committing the offense."

The U.S. government sought to deport Dimaya, saying first-degree burglary counted as a "crime of violence" under immigration law.

But Dimaya’s  lawyers said no one was injured in the 2007 burglary of a home’s garage; and the 2009 burglary was of an uninhabited house.

An immigration judge held that Dimaya was deportable because burglary "always involves a risk of physical violence," said a case summary on Oyez, a multimedia archive of U.S. Supreme Court cases.

The Board of Immigration Appeals affirmed the judge’s ruling, and the case was escalated to the Ninth Circuit Court of Appeals. As Dimaya’s Ninth Circuit case was pending, the U.S. Supreme Court in 2015 decided in a separate case that the definition of "violent felony" in the Armed Career Criminal Act was unconstitutionally vague. As a result, the Ninth Circuit ruled that the Immigration and Nationality Act’s "crime of violence" provision was also unconstitutionally vague.

Does the decision spare dangerous criminals from deportation?

Trump framed the court’s decision as an urgent matter for Congress to settle so "violent criminal aliens can be removed from our society."

But immigration law experts told PolitiFact that the decision does not impede the removal of immigrants with violent histories, since a long list of aggravated felonies remain unaffected by the ruling. (The Supreme Court decision only dealt with a specific part of the definition of "crime of violence.")

The "aggravated felony" definition expressly includes violent crimes such as murder, rape, sexual abuse of a minor, illegal trafficking in firearms or explosives, and a broad range of theft or burglary offenses that may involve violence, said Anil Kalhan, an associate professor of law at the Drexel University Thomas R. Kline School of Law. Noncitizens convicted for those crimes can still be deported.

"But even if discretionary relief is possible in a particular case, there's no guarantee it will be granted, and grants are rare in cases involving violent crimes," said Jason A. Cade, an associate professor of law and director of the Community Health Law Partnership at the University of Georgia Law School.

Experts also said that the term "aggravated felony" does not exist under criminal law, despite its use as grounds for removal under immigration law. It doesn’t always mean that an individual committed a felony.

Minor drug crimes and misdemeanors also fall under this umbrella, said Kari Hong, an assistant professor of law at Boston College Law School and founder of a clinic representing noncitizens with criminal convictions.

The Supreme Court decision also doesn’t mean that violent criminals can walk around on the streets, said Hemanth C. Gundavaram, a professor and co-director of the Immigrant Justice Clinic at Northeastern University School of Law.

"This is about whether these noncitizens are deportable, not whether they are free to go," Gundavaram said. "If the person is not deported, the person must go through the criminal justice system and will have to serve their time, if convicted, like anyone else."

Are there loopholes blocking "the removal of dangerous criminal aliens," as Trump tweeted?

The decision that the provision was poorly written does not weigh in on the immigration or criminal enforcement debate, said Hong, the assistant professor at Boston College Law School.

"A poorly written statute is not a loophole," Hong said. "It’s a constitutional defect. Congress has the authority to write a new statue at any time."

"Vague language," Cade said, "is more accurately described as a loophole for the government." 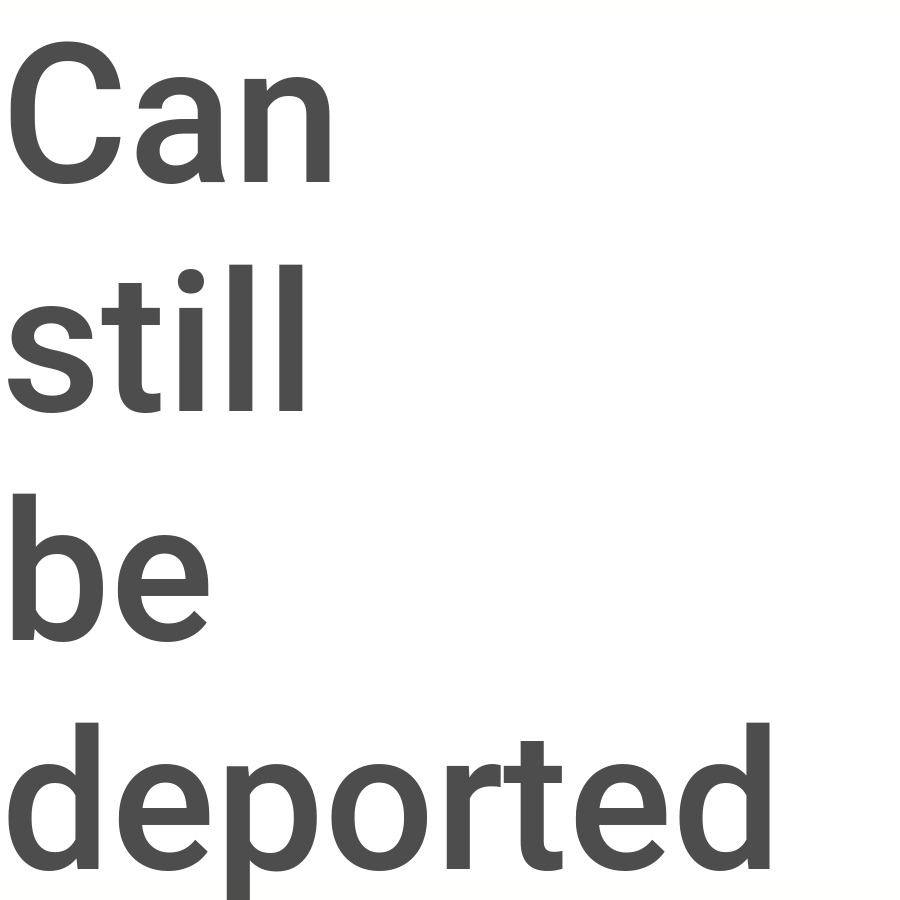 Email interview, Jason A. Cade, an associate professor of law and director of the Community Health Law Partnership at the University of Georgia Law School, April 18, 2018

Email interview, Rebecca Sharpless, clinical professor and director of the Immigration Clinic at the University of Miami School of Law, April 18, 2018