UPDATE: After we published this report on Feb. 23, CNN released additional emails that documented communication between the student and CNN. We updated this story on Feb. 26 to include those emails. Since then, the student’s father provided us with additional information.

Newly released emails between CNN and a student survivor of the Marjory Stoneman Douglas High School shooting raise questions about the student’s claim that the network asked him to read a "scripted" question during a CNN town hall event.

Colton Haab, a 17-year old Junior Reserve Officers’ Training Corps cadet, said CNN had originally invited him to submit his own questions for the Feb. 21 event, before the network pulled a bait-and-switch by "scripting" a substitute.

"CNN had originally asked me to write a speech and questions, and it ended up being all scripted," Haab told Local 10 News of Miami on the day of the event, which featured Florida Sens. Marco Rubio and Bill Nelson, Broward County Sheriff Scott Israel, and an NRA spokeswoman.

The dispute drew attention from President Donald Trump, who took to Twitter to pile on CNN, a news outlet he has long disparaged as "fake news."

“School shooting survivor says he quit @CNN Town Hall after refusing scripted question.” @TuckerCarlson. Just like so much of CNN, Fake News. That’s why their ratings are so bad! MSNBC may be worse.

" ‘School shooting survivor says he quit @CNN Town Hall after refusing scripted question.’ @TuckerCarlson. Just like so much of CNN, Fake News," Trump tweeted. "That’s why their ratings are so bad! MSNBC may be worse."

At first, CNN dismissed the claim through a statement that categorically denied any wrongdoing. But later, the network released several documents, including email correspondence between one of its producers and the Haab family, to "set the record straight" after doctored emails were sent to media outlets.

The newly released correspondence makes clear the back-and-forth between a CNN producer and Haab was more nuanced than the student has suggested in interviews, and it’s possible the parties merely had differing interpretations of their exchanges, which took place over a series of days through phone calls and email.

However, CNN also released additional documents that suggest the Haab family doctored its email exchange with CNN to make the networks’ role appear more heavy-handed than it actually was. Glenn Haab, Colton’s father, has admitted to altering the emails, but said he did not do so intentionally.

Because key elements of the parties’ interaction occurred over the phone, leaving no paper trail, we decided not to issue a rating here. Instead, we’ll outline the facts and provide additional context.

It could be the case that both parties — given the benefit of the doubt — simply had starkly different interpretations of the same set of facts. Here’s a relevant timeline of events leading up to the dispute that eventually led to Haab deciding not to participate in the town hall.

Colton Haab, helped save students: “If Coach Feis had had his firearm in school that day, I believe that he could have… stopped the threat.” pic.twitter.com/l8JofSVQqu

"I believe if Coach Feis had had his firearm in school that day, I believe that he could have mostly likely stopped the threat," Haab said in a Feb. 17 interview on Fox & Friends, referring to football coach Aaron Feis, who died protecting students during the shooting.

After seeing Haab’s Fox & Friends interview, CNN producer Carrie Stevenson contacted the student by phone to see if he would be interested in participating in their town hall, CNN told PolitiFact.

Stevenson followed up with Haab in a Feb. 18 email requesting some personal information and a short bio. She also asked Haab what he would like to address at the town hall, and added: "If you had a chance to ask a lawmaker a question, what would you ask?"

Haab emailed two questions back to Stevenson that day. ("Why haven't we had a buy back of AR-15's if everyone does not like them?" and "When are we going to increase the background check on purchasing a fire arm?") He closed his email by indicating he would be "sending my final copy of my speech as soon as possible."

Stevenson replied seven minutes later to thank Haab, and explain that she wouldn’t need additional materials from him.

"I do have your other interviews so do not worry about sending more," Stevenson wrote.

In the early morning hours of Feb. 21, Haab emailed Stevenson four additional questions, including one that read: "Have we thought about having a class for teachers who are willing to be armed trained to carry on campus?"

Later that day, Stevenson and Haab spoke by phone. They agreed that Haab would ask the question about arming teachers, according to CNN.

During their call, Stevenson incorporated some of the language Haab used during his Fox & Friends interview into Haab’s question, the network said.

"Over the phone, they landed on that question," CNN spokesman Richard Hudock said. "During their conversation, our producer used Colton’s language to help frame the question, which is the verbatim language he used previously from the Fox & Friends interview."

The question CNN said Haab agreed to ask was: "Senator Nelson, if Coach Feis had had his firearm in school that day, I believe that he could have most likely stopped the threat. Have we thought about having a class for teachers who are willing to be armed trained to carry on campus?"

Glenn Haab, Colton’s father, disputes CNN’s claim that Colton and Stevenson agreed on a question over the phone.

"This is not true," he told PolitiFact. "The first time Colton learned this was the question he was to ask was when Stevenson emailed it on Feb. 21 at 5:47 p.m. as Colton was about to leave home to drive to BB&T for the town hall."

But the question mirrors Haab’s own language. The first sentence comes straight from his Fox & Friends interview. The second sentence was from his email to CNN. In other words, the CNN producer fused two verbatim Haab excerpts into a concise question.

While Haab has given varying accounts of CNN’s role, at one point he appeared to corroborate this sequence of events.

During a Feb. 22 interview on Fox News’ Tucker Carlson Tonight, Haab said a CNN producer had used his words — in part from a TV interview, and in part from an email he sent CNN — to formulate a question for him to ask at the town hall.

"They had taken what I had wrote and what I had briefed on and talked about, and they actually wrote the question for me," Haab told Tucker Carlson.

Here, it seems to be the case that the same set of facts may have given rise to different interpretations.

CNN believes its producer did nothing wrong by combining Haab’s words from two separate statements to formulate a question suited to the event. Haab, on the other hand, judges those same facts as evidence of CNN exerting too much control over his voice.

In other words, it appears to be the case that one person’s "framing" is another person’s "scripting."

Yet it’s also important to note that Haab’s statements on the matter have not been entirely consistent. Later in his interview with Tucker Carlson, for instance, Haab indicated the CNN produced had used her words — not his — to formulate the question.

Carlson: "I just want to make sure I have this straight. So you sent them a long, in effect, essay on what you thought. But they put their own words in the question and they weren't the same as the words you had sent in? They were the producer's words?"

Haab: "Absolutely. They had taken what I had wrote and what I had briefed on and talked about and they actually wrote the question for me."

Carlson: "But not with your own words? They put their own words into their question, even after they asked to you send in questions?"

After Colton Haab and Stevenson spoke by phone on Feb. 21 — the day of the town hall — Colton’s father, Glenn, emailed Stevenson several hours before the event.

The subject line of his email read, "Colton Haab’s questions for tonight." Attached to the email was a 700-word speech with multiple questions woven throughout a four-page document.

Stevenson emailed back 20 minutes later to say the extensive remarks were "way too long" and to explain that the questions were meant to be brief to allow for as many as possible. She also sent him the question CNN says Colton Haab had agreed to — the one which included excerpts from his Fox & Friends interview and a question he submitted.

"This is what Colton and I discussed on the phone that he submitted," Stevenson wrote. "He needs to stick to this."

Glenn Haab emailed Stevenson back seven minutes later to express his disappointment with the terms of his son’s participation, and threatened to back out if CNN did not allow Colton to read his more expansive remarks. He later withdrew his son’s name from participation when CNN declined, the network said.

Following the CNN town hall, Glenn Haab created an altered version of the email exchange between himself and CNN.

CNN said it learned of the altered emails’ existence when the Huffington Post and Fox News separately reached out to the network "asking if it could verify the authenticity of email chains provided to them from the Haab family."

Haab told PolitiFact he omitted some words from the email. But he said he didn't do it intentionally.

"There was nothing malicious behind it," he said. 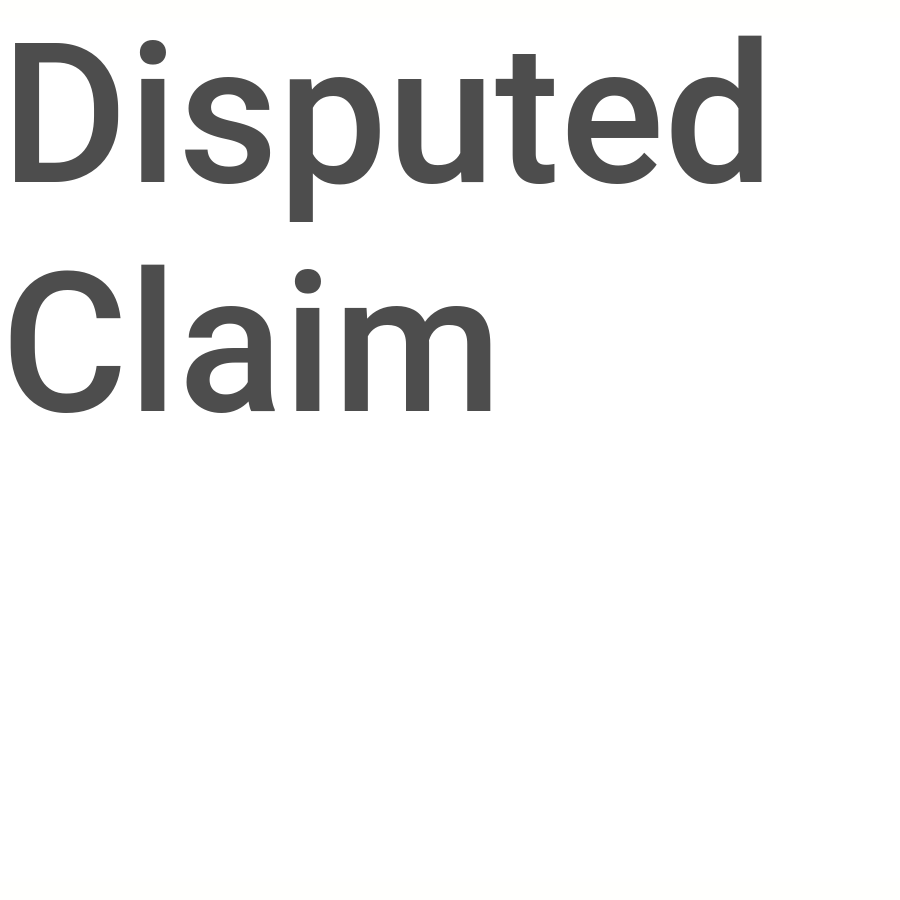