President Donald Trump, no stranger to Twitter, took the social media giant to task in a morning tweet.

"Twitter ‘SHADOW BANNING’ prominent Republicans," Trump tweeted July 26, "Not good. We will look into this discriminatory and illegal practice at once! Many complaints."

Twitter “SHADOW BANNING” prominent Republicans. Not good. We will look into this discriminatory and illegal practice at once! Many complaints.

This fed conservative suspicions that the big players like Google, Facebook and Twitter have their thumbs on the scale to give liberal ideas an edge over conservative ones.

Shadow banning, broadly defined, is any practice that limits someone’s reach on the web. In its strongest form on Twitter, a user could send all the tweets he or she liked, but the only person seeing them would be that person.

What Trump was responding to was more subtle. It involved how easy or difficult Twitter made it to find Twitter handles through search. Vice News reported July 25 that "Twitter is limiting the visibility of prominent Republicans in search results." The article focused on the drop-down list that appears when you type a name in Twitter’s search box. Here’s what it looks like if you search for Vice President Mike Pence. 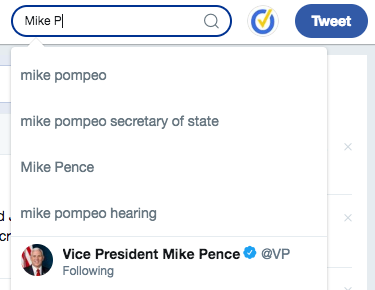 Vice News found that the accounts of big name Republicans including Republican Party chair Ronna McDaniel and several conservative Republican congressmen weren’t showing up in the drop-down list. But when they plugged in the names of prominent Democrats, such as the head of the Democratic Party, there was no problem.

The article included this screenshot as proof: 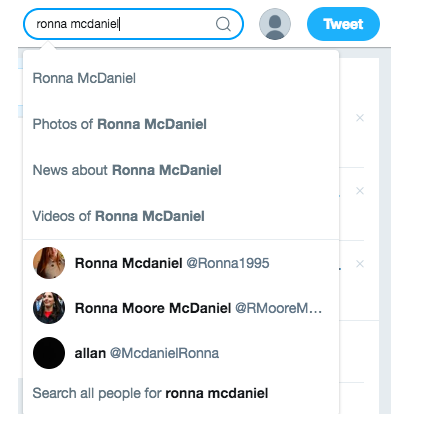 But you won’t find that issue now.

By the next day, Vice News updated its article to say, "Twitter appears to have adjusted its platform overnight to no longer limit the visibility of some prominent Republicans in its search results."

Florida Republican Congressman Matt Gaetz suspected he was a victim of shadow banning. "Dear @Twitter - are you shadow banning me?," he tweeted July 24 citing a YouTube video from a supporter who said Gaetz’s account wasn’t appearing in the drop-down. (The video is no longer available.) Gaetz passed along a tweet from another supporter who noted the same issue.

Gaetz told the conservative Daily Caller website that he’s seen a dramatic decline in the number of new followers in recent weeks. He linked that to Twitter’s new approach to promote what the company called "conversational health."

In May, Twitter announced it had launched steps to combat "troll-like behaviors that distort and detract from the public conversation on Twitter." It began using various indicators that would affect how an account would appear in search. Not only did Twitter look at what an account was doing on its own, such as often mentioning accounts that don’t follow them, but it also looked at "how accounts are connected to those that violate our rules and how they interact with each other."

"Our usage of the behavior signals within search was causing this to happen and making search results seem inaccurate," Beykpour wrote July 25. "We’re making a change today that will improve this."

On 2) Some accounts weren’t being auto-suggested even when people were searching for their specific name. Our usage of the behavior signals within search was causing this to happen & making search results seem inaccurate. We’re making a change today that will improve this.

For prominent Republicans, that fix seemed to have worked. Beykpour said the glitch had nothing to do with party affiliation.

"Our behavioral ranking doesn’t make judgements based on political views or the substance of tweets," he tweeted.

"I guess the ‘glitch’ itself was partisan since it only seems to happen to prominent Republicans," one skeptic tweeted. "Twitter is using its platform to limit speech and shape liberal narrative."

But Yochai Benkler, co-director of the Berkman Klein Center for Internet and Society at Harvard Law School, said his research points to a more benign explanation.

Tracking 1.25 million stories posted throughout the 2016 election season, Benkler and his colleagues found that Republicans are "part of a media ecosystem that tends to the more extreme right."

Benkler zeroed in on the part of Twitter’s algorithm that factors in the behavior of other accounts. There could be a guilt-by-association effect.

"If Republican accounts tend to be retweeted or otherwise interacted with by more extremist handles than Democrats are, they would more readily appear to the algorithm as the kind of accounts that are offensive trolls," Benkler told us."The fact that accounts like Infowars and Alex Jones were not shadow banned strongly suggests that this is not a well-designed, intentional intervention, but errors in an imperfect system."

A final note on legality

"There is an interesting convergence between left and right political wings to begin to redefine these platforms as public utilities or public forums that cannot exclude speakers at their own whim," he said. "That is not, however, the present state of federal law." 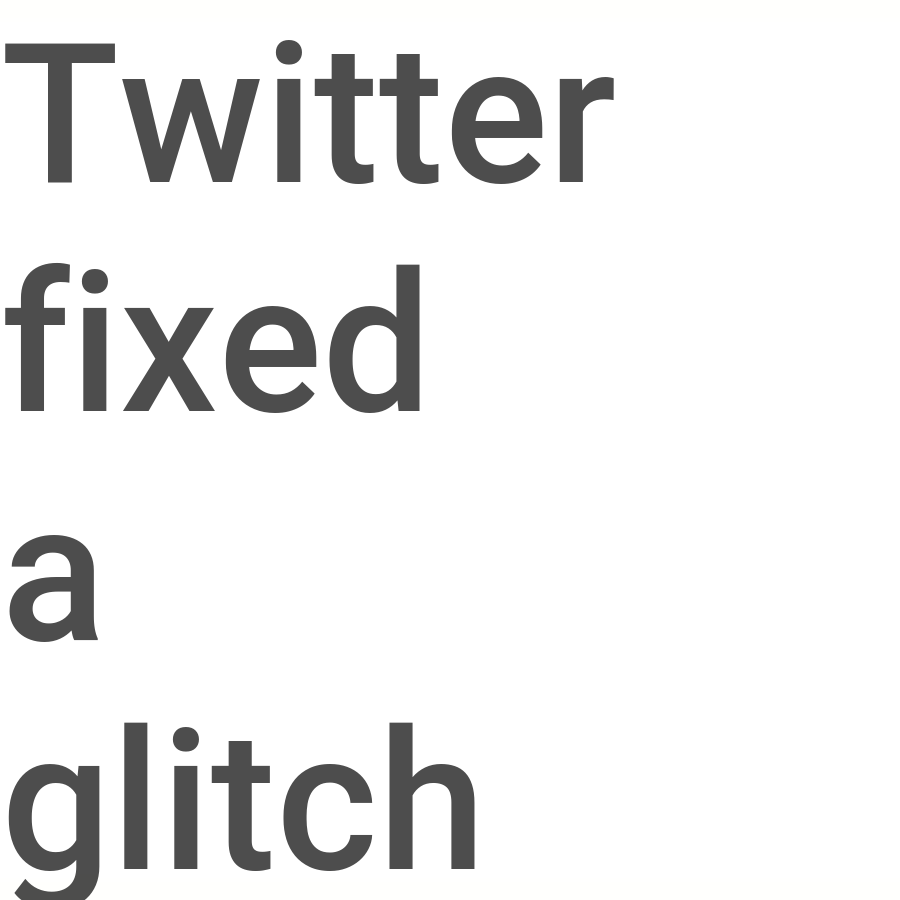 Independent, What is 'shadow banning', and what is Trump accusing Twitter of?, July 26, 2018