But statements by Trump’s newly-appointed attorney Rudy Giuliani have shifted the narrative about Trump’s role in financing a $130,000 settlement agreement reached weeks before the 2016 presidential election.

In an interview with Fox News’ Sean Hannity, Giuliani said the money was "funneled through a law firm" and that "the president repaid it," and Trump has since acknowledged reimbursing his longtime attorney and fixer Michael Cohen for paying Daniels, whose real name is Stephanie Clifford.

Hicks told the Wall Street Journal it was "absolutely, unequivocally" false that Trump and Daniels had had a relationship.

The Wall Street Journal revealed that longtime Trump attorney Michael Cohen arranged for Daniels to receive $130,000 in exchange for her silence. The report quoted an unnamed White House official as saying, "These are old, recycled reports, which were published and strongly denied prior to the election."

That same day, Cohen issued a statement on Trump’s behalf denying the affair. The statement did not address the payment, however.

"President Trump once again vehemently denies any such occurrence as has Ms. Daniels. This is now the second time that you are raising outlandish allegations against my client," Cohen told the Journal. "You have attempted to perpetuate this false narrative for over a year; a narrative that has been consistently denied by all parties since at least 2011."

Separately, Cohen provided a statement — ostensibly from Daniels — denying the affair. Here’s how it appeared in the Journal:

"Mr. Cohen also sent a two-paragraph statement by email addressed "TO WHOM IT MAY CONCERN" and signed by "Stormy Daniels" denying that she had a "sexual and/or romantic affair" with Mr. Trump.

"Rumors that I have received hush money from Donald Trump are completely false," the statement said.

Daniels has also contradicted herself about whether an affair occurred. However, she has recanted statements she’d made denying the affair, claiming she only signed a denial because Cohen "made it sound like I had no choice."

Deputy press secretary Raj Shah told reporters aboard Air Force One that questions about the affair and the settlement agreement had been "asked and answered" during the campaign even though reports of the hush money deal did not emerge until more than a year after the election. Here’s the relevant portion from the press gaggle:

Reporter: "This is an issue that hasn’t really gotten much attention amidst everything else, but nonetheless, this woman named Stephanie Clifford, goes by the name ‘Stormy Daniels,’ she says that she had an affair with the president. She spoke on record about it to a magazine. They say that she took a polygraph test. What is the president’s response to her allegations?"

Shah: "This allegation was asked and answered during the campaign, and I’ll point you to those comments."

Shah: "Like I said, this matter was asked and answered during the campaign, and anything else could be directed to Michael Cohen."

Cohen claimed he personally paid $130,000 to Daniels, and that he received no reimbursement from the Trump Organization or Trump campaign. He did not say whether Trump personally reimbursed him.

"Neither the Trump Organization nor the Trump campaign was a party to the transaction with Ms. Clifford, and neither reimbursed me for the payment, either directly or indirectly," Cohen said in a statement to the New York Times. "The payment to Ms. Clifford was lawful, and was not a campaign contribution or a campaign expenditure by anyone."

Cohen told the New York Times he made a similar statement to the Federal Election Commission after a government watchdog filed a complaint alleging the payment was an in-kind contribution to Trump’s presidential campaign that violated campaign finance laws.

He would later say the funds were transferred from a home-equity line to an account for a personal corporation he used to facilitate the payment to Daniels.

April 5: Trump denies that he knew of payment

During a press gaggle aboard Air Force One, Trump claimed he had no knowledge of the payment to Daniels. He also stated he did not know Cohen’s funding source. Here’s the exchange:

Reporter: "Then why did Michael Cohen make those if there was no truth to her allegations?"

Reporter: "Do you know where he got the money to make that payment?"

In the interview with Hannity, Giuliani said that Trump had in fact repaid Cohen to silence Daniels.

Giuliani: "Having something to do with paying some Stormy Daniels woman $130,000, I mean, which is going to turn out to be perfectly legal. That money was not campaign money, sorry, I'm giving you a fact now that you don't know. It's not campaign money. No campaign finance violation. So —"

Hannity: "They funneled it through a law firm."

Giuliani: "Funneled it through a law firm, and the president repaid it."

"When I heard Cohen’s retainer of $35,000, when he was doing no work for the president, I said that’s how he’s repaying it, with a little profit and a little margin for paying taxes for Michael," Giuliani said.

In an interview with the New York Times shortly after his Hannity appearance, Giuliani elaborated on the payment plan. He said he has documents showing Trump personally repaid Cohen, which he claimed proves there was no campaign finance violation.

"Some time after the campaign is over, they set up a reimbursement, $35,000 a month, out of his personal family account," Giuliani said, adding that Trump paid Cohen some $470,000 through the payments, which included "incidental expenses."

The following day, Trump issued a series of tweets acknowledging the arrangement with Cohen and again denying the affair:

"Mr. Cohen, an attorney, received a monthly retainer, not from the campaign and having nothing to do with the campaign, from which he entered into, through reimbursement, a private contract between two parties, known as a non-disclosure agreement, or NDA. These agreements are very common among celebrities and people of wealth. In this case it is in full force and effect and will be used in Arbitration for damages against Ms. Clifford (Daniels). The agreement was used to stop the false and extortionist accusations made by her about an affair, despite already having signed a detailed letter admitting that there was no affair. Prior to its violation by Ms. Clifford and her attorney, this was a private agreement. Money from the campaign, or campaign contributions, played no roll in this transaction." 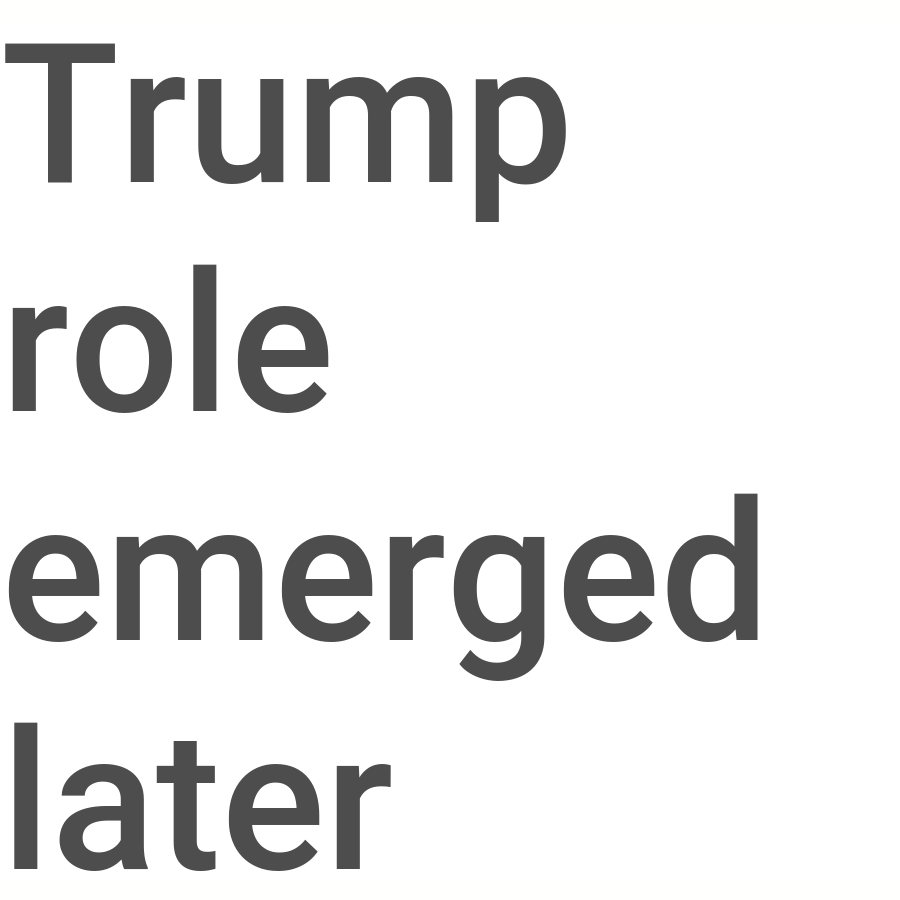