President Donald Trump brought his battle with Democrats onto politically sacred ground, accusing them of forcing the death of Medicare. Trump moved from 280-character tweets to a 4,900 character op-ed in USA Today to paint a doomsday picture if Medicare for All became the law of the land.

With the help of experts, we fact-checked some of his claims about health care and immigration.

Trump: Medicare for All "would establish a government-run, single-payer health care system that eliminates all private and employer-based health care plans and would cost an astonishing $32.6 trillion during its first 10 years."

Trump is citing a study by the Mercatus Center of George Mason University of a health care plan proposed by Sen. Bernie Sanders, I-Vt. The study predicted a $32.6 trillion rise in federal spending over a 10-year period ending in 2031. The same study also forecast, however, that total health care spending would fall by about $2 trillion.

What does that mean? Americans would in the aggregate pay a lot more to the government to fund their health care, but they’d also pay less overall than they’re paying now. How you’ll fare, experts say, depends on your individual situation. A recent Kaiser Family Foundation analysis said some people will pay more while others would pay less. 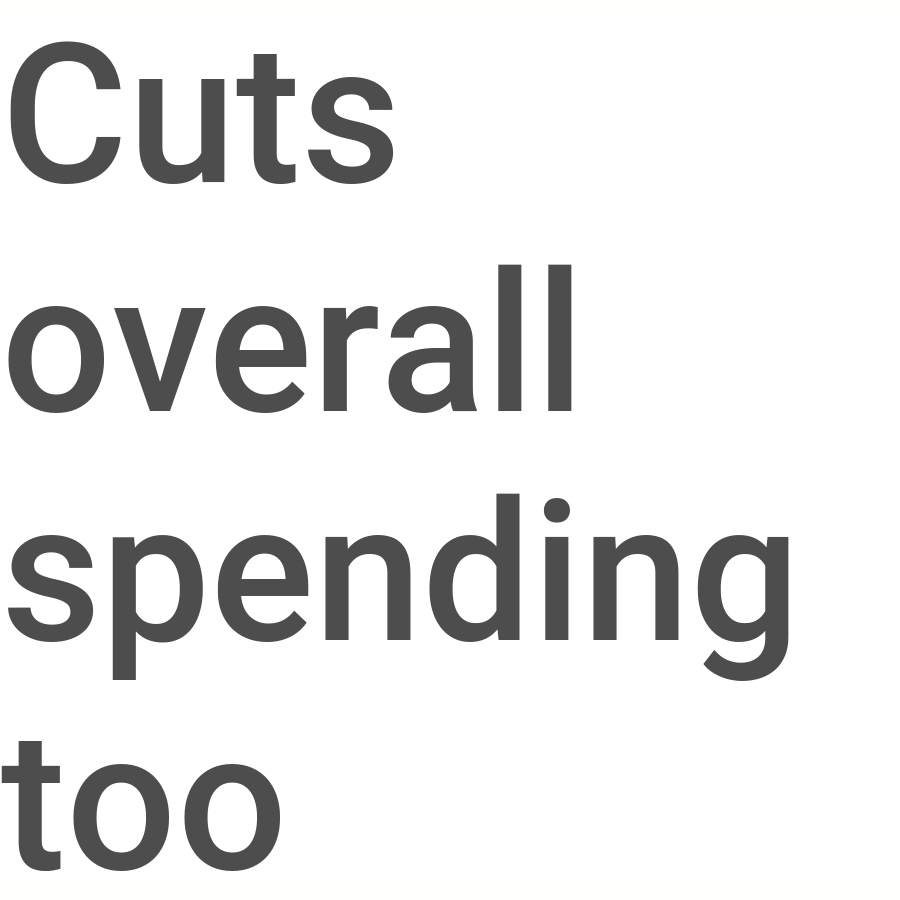 PolitiFact Rating:
Cuts overall spending too
Medicare for All "would cost an astonishing $32.6 trillion during its first 10 years."
Donald Trump
President of the United States
https://www.usatoday.com/story/opinion/2018/10/10/donald-trump-democrats-open-borders-medicare-all-single-payer-column/1560533002/

Trump: Medicare for All would "take away benefits that seniors have paid for their entire lives."

This is a "horrible mischaracterization of the proposal," said Linda Blumberg of the Urban Institute. Medicare for All would actually give an expanded version of traditional Medicare to everyone, with broader coverage -- including items such as dental and vision care -- while eliminating virtually all out of pocket costs, she said.

"I find it impossible to imagine that the approach could lead to everyone losing coverage," Blumberg said. "A theoretical failure would be a political inability to raise sufficient revenue to pay for these very generous benefits. That could theoretically lead to reductions in benefits from the proposal’s more expansive level, but even that would be very likely to be more generous that current Medicare benefits and cost-sharing."

Here’s a reason seniors could actually benefit: Currently, Medicare payment rates tend to be lower than payment levels on commercial plans, giving providers an incentive to accept a new commercial patient rather than a new Medicare patient. "From that perspective, equalizing payment levels for everyone could benefit seniors," said Christine Eibner, a health policy analyst with RAND Corp.

Trump: "We are now seeing health insurance premiums coming down."

Trump references an article about the cost of "benchmark" plans under the Affordable Care Act falling 2 percent in 2019. But it’s worth noting that the decline occurred after ACA premiums rose significantly in 2018 due to uncertainty about what the Trump administration would do with the law.

In addition, ACA premiums are a minority of all private health insurance premiums. In its annual survey of health insurance benefits, Kaiser reported earlier this month that for employer-sponsored health insurance, the average premium for a solo policyholder increased 3 percent over the past year, while the average family premium increased by 5 percent. That exceeded the growth in employee wages and overall inflation. 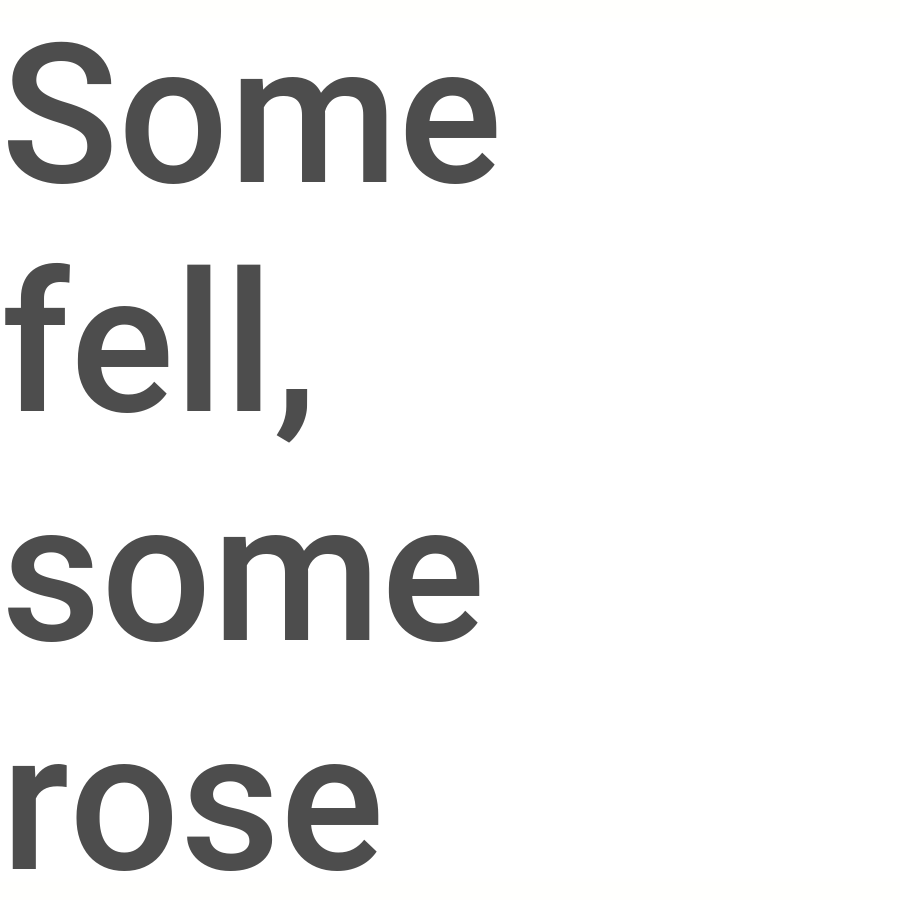 Trump: "The Democrats' plan that would eviscerate Medicare."

Trump’s link goes to a New York Times article that says the opposite.

"Coverage for these people would become more generous because the Sanders bill would expand to cover dental, vision and hearing aids, which are not covered under current law," the article said. "The bill would also get rid of nearly all cost-sharing requirements in the program. Beneficiaries could go to the doctor or hospital without having to pay any money out of their pocket. The program would require co-payments for certain prescription drugs."

Trump: "Seniors would lose access to their favorite doctors."

Trump "ignores that under Medicare for All, there would be no provider networks, so everyone would have access to whatever physician or hospital they choose," Blumberg, of the Urban Institute, said.

Trump: "Democrats have already harmed seniors by slashing Medicare by more than $800 billion over 10 years to pay for Obamacare."

The Affordable Care Act reduced payment rates and the rate of increase in Medicare payments to providers by about $800 billion over 10 years. It also levied a tax on families making over $250,000 to help finance Medicare. It imposed a tax on net investment income for those making over $200,000 and raised other taxes.

In all, the law had about $630 billion in additional revenues over 10 years.

In addition, Obamacare made Medicare better for many by adding some prevention services and reducing prescription drug costs for those caught in what was called the "doughnut hole."

Trump: One effect of Medicare for All would be "outlawing the ability of Americans to enroll in private and employer-based plans."

Private plans would be going away, because everyone who currently has them would get Medicare coverage instead. There wouldn’t be a need for Medigap plans, which are private plans that currently pay for items that Medicare doesn’t cover.

Trump: "The Democratic plan would inevitably lead to the massive rationing of health care."

Both the House and Senate Medicare for All bills are short on details for the transition to a new health insurance system. The Senate proposal lays out a four-year period during which a public insurance plan would be offered to the general public and current Medicare users would see expanded benefits and a cap on out-of-pocket costs.

Two other factors are worth keeping in mind. First, there’s ample evidence that Americans pay more for the same services than in other countries, and while every health care system struggles, those aren’t in collapse. Second, there’s evidence of overtreatment in America. Estimates say between 20 to 30 percent of care is unnecessary and may leave patients worse off.

"It’s possible that some providers would reduce their supply of services under a single-payer plan, particularly if payment rates were below what they are currently receiving," said Christine Eibner of RAND Corp. "But it’s far from clear that such supply reductions would be widespread." 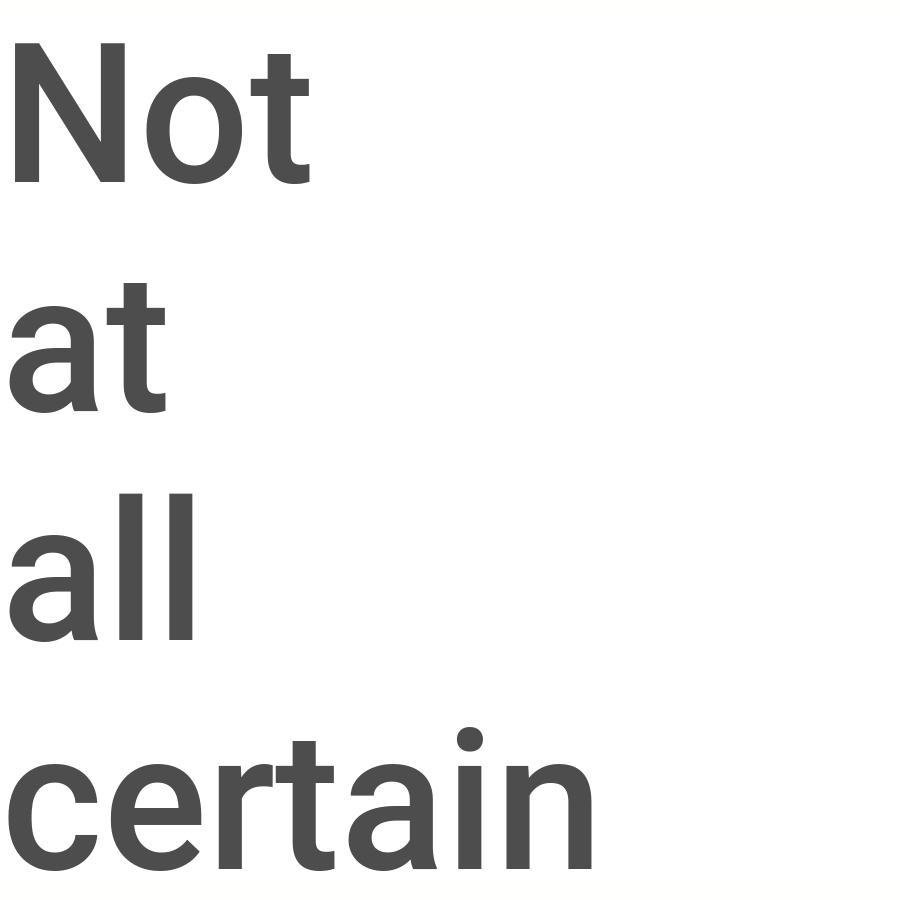 PolitiFact Rating:
Not at all certain
"The Democratic plan would inevitably lead to the massive rationing of health care."
Donald Trump
President of the United States
https://www.usatoday.com/story/opinion/2018/10/10/donald-trump-democrats-open-borders-medicare-all-single-payer-column/1560533002/

Trump: "Democrats would give total power and control over seniors’ health care decisions to the bureaucrats in Washington, D.C."

There would be considerably more government control over payments to providers. That’s how Medicare works today, with Washington deciding how much it will pay for various services. Under the current system, some services are not covered.

Medicare for All would set overall global spending and negotiate with providers from there.

Potentially, the power of the federal agency running Medicare for All would be "way greater than CMS or its predecessor agency has ever known," said Gail Wilensky, who headed Medicare and Medicaid under President George H.W. Bush.

On the other hand, if all physician networks disappear, seniors would be able to see any doctor they like and there is nothing that directly limits the choices that doctors and patients could discuss. 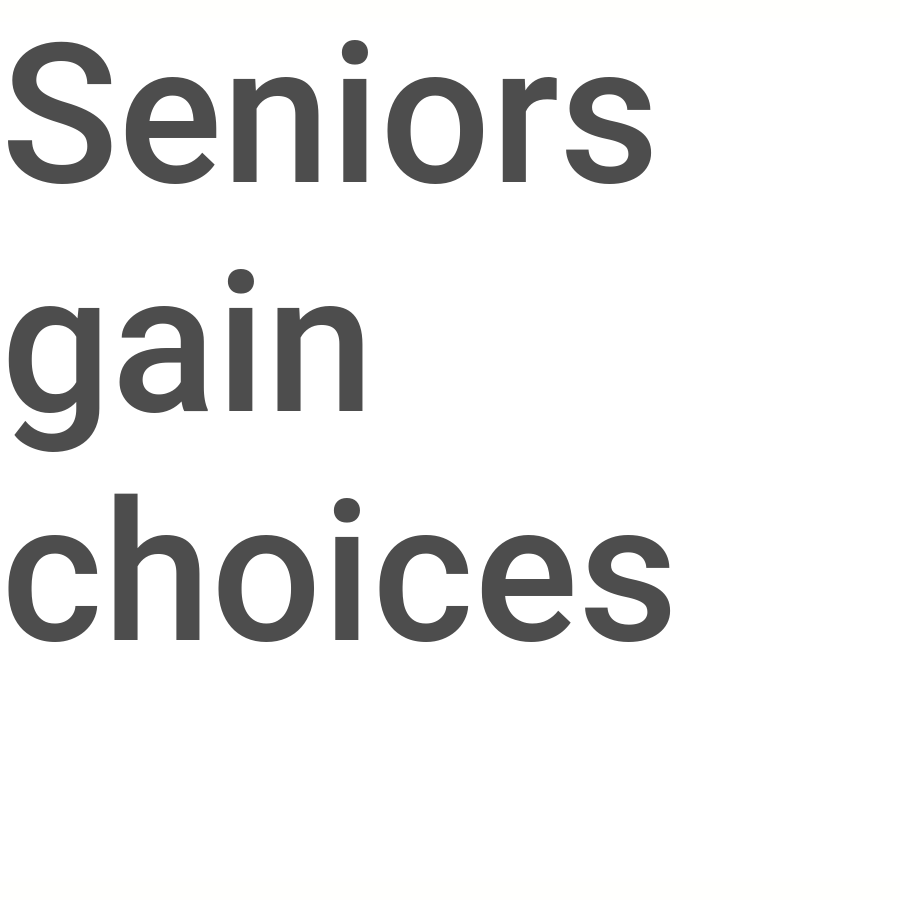 Trump: Medicare "was created for seniors and paid for by seniors their entire lives."

While it’s true that seniors have been paying into Medicare for their entire working lives, they would get far more back in benefits than they put in, meaning that younger workers have been subsidizing seniors’ benefits. In this chart from the Urban Institute looking at seniors from different eras, the initial gray portion (Medicare benefits received) consistently outpaces the following gray portion (Medicare taxes paid in). 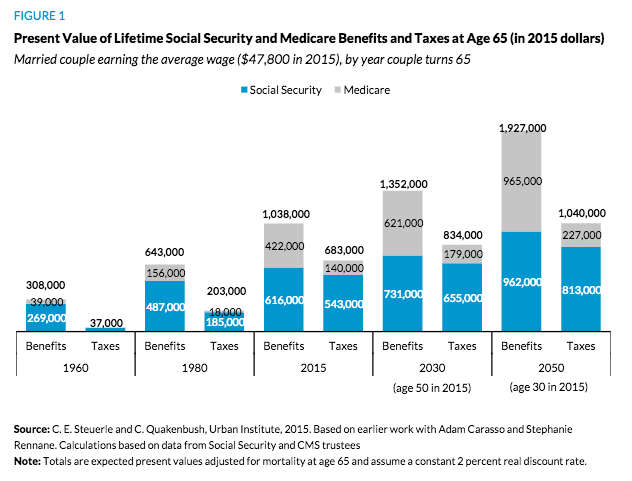 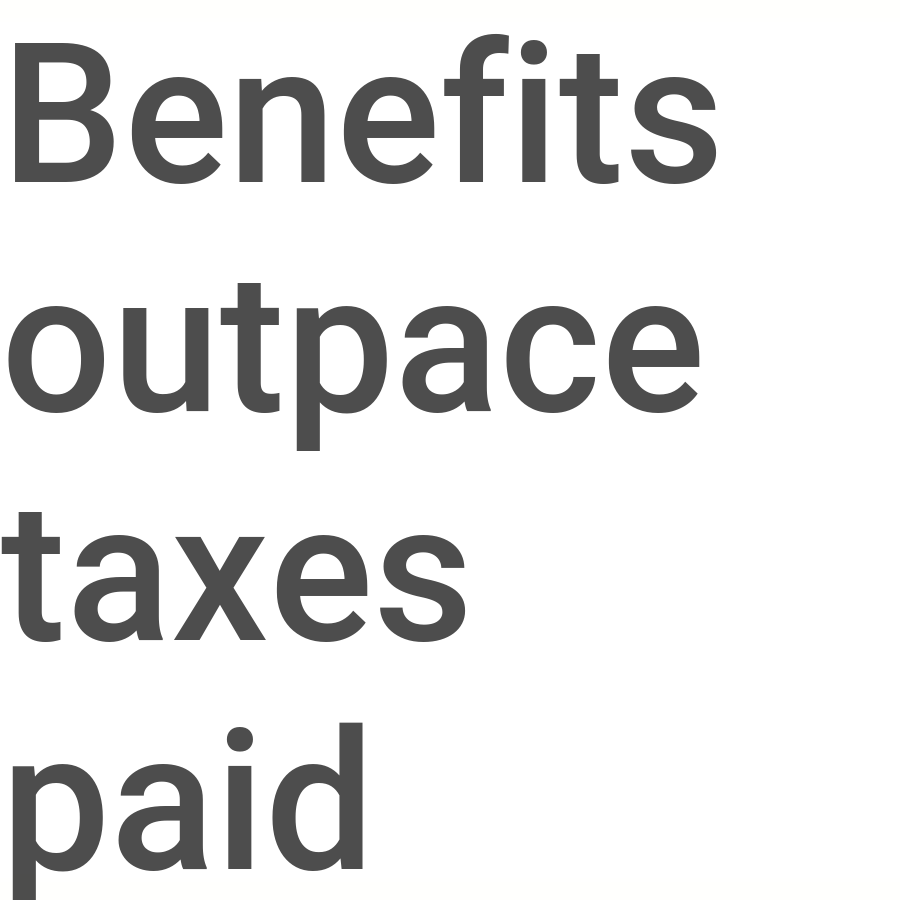 Trump: Democrats have an "absolute commitment to end enforcement of our immigration laws by abolishing Immigration and Customs Enforcement. That means millions more would cross our borders illegally and take advantage of health care paid for by American taxpayers."

Trump is misleading on both issues here — on what Democrats have said about ICE and on access to health care by immigrants in the country illegally.

Immigrants in the country illegally are ineligible for Medicare and non-emergency Medicaid. They also can’t get subsidies under the Affordable Care Act, or buy coverage through the exchanges.

There’s even a law on the books restricting federal "means-tested" public benefits for immigrants within their first five years of legal entry to the United States. (Some exceptions apply.)

Also, some immigrants in the United States illegally do pay federal income taxes, contributing to the Social Security Trust Funds.

Although some Democrats have called for changes to or an abolishment of ICE, they’ve also said ICE’s enforcement responsibilities should be transferred over to other departments, or that a new agency should rise in its place. They contend that the agency is no longer able to function properly under Trump’s policies.

Democrats are not seeking to end enforcement of immigration laws, which at the border are actually enforced by Customs and Border Protection.

Trump: "The new Democrats are radical socialists who want to model America’s economy after Venezuela."

Venezuela has devolved because it mismanaged its oil resources. Democrats aren’t calling for creating an economy that is heavily dependent on one industry or nationalizing industry.

While some might describe Medicare or Medicaid as socialism, because the government is providing health insurance to citizens, the health industry remains in private hands, Sean D. Ehrlich, a Florida State University political science professor, previously told PolitiFact.

"The government doesn’t control the production of health care," Ehrlich said, "they merely regulate some elements and reimburse providers and consumers for their health care costs."

Donald Trump, "Democrats 'Medicare for All' plan will demolish promises to seniors," Oct. 10, 2018

Kaiser Family Foundation, What Are the Implications of Repealing the Affordable Care Act for Medicare Spending and Beneficiaries?, Dec. 13, 2016

PolitiFact, "Medicare and Social Security: What you paid compared with what you get," Feb. 1, 2013

PolitiFact, "No, Florida's Andrew Gillum does not have a far left socialist platform," Sept. 6, 2018

Email interview with John Holahan, fellow in the health policy center at the Urban Institute, Oct. 10, 2018