How many oil and gas jobs are there in West Virginia? It's surprisingly hard to say

Moundsville, W.Va., hopes to reap some of the benefits of a proposed project to turn a byproduct of natural gas drilling into the raw material used to produce plastic products. (AP)

West Virginia Del. Joshua Higginbotham, a Republican, touted the number of jobs created by the gas and oil industry in West Virginia during a Jan. 23 interview with West Virginia Public Broadcasting.

"Tens of thousands of jobs (are) created in West Virginia by the natural gas and oil industries," Higginbotham said. 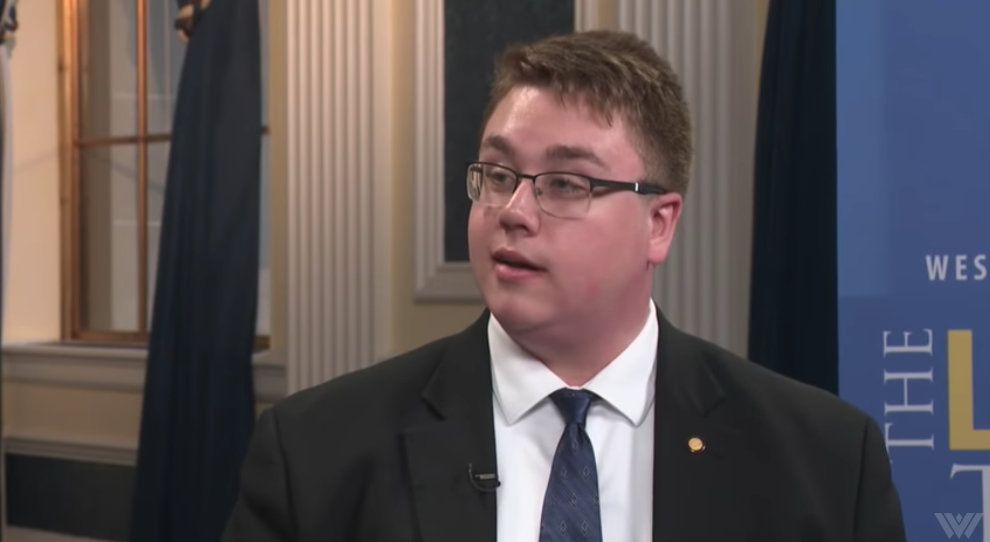 Have that many jobs been created by the industry within West Virginia? The answer is more complicated than we initially expected -- so much so that we’re not providing a Truth-O-Meter rating for his statement. Instead, we’ll look at a few different ways of measuring this statistic, each of which have their own benefits and drawbacks.

We did not hear back Higginbotham’s office for this article, but we did receive a response from Jennifer Cox, the manager of member services at West Virginia’s Oil and Natural Gas Association.

Cox referred us to data from "Impacts of the Oil and Natural Gas Industry on the US Economy in 2015," a 2017 report published by the American Petroleum Institute, a national trade group.

According to this report, West Virginia had 70,874 total jobs in the natural gas and oil industry in 2015.

The figure in the report includes three classes of jobs. The state had 38,211 direct jobs in the oil and natural gas industry. These jobs are "primarily engaged in the drilling, well servicing, exploration, production, gathering, processing, marketing, transportation, storage of distribution of oil and/or natural gas," Cox said.

In addition, the state had 9,309 indirect jobs, which helped provide needed goods or services to the industry.

Finally, the industry induced another 23,353 jobs, which were supported by expenditures by people employed within the oil and natural gas industries.

It’s important note that this data comes from the industry itself, rather than an independent arbiter.

It’s also important to note that this data is a few years old. In an industry that’s subject to expansions and contractions based on the state of the international energy market, a data lag that long can make a difference. For instance, a different American Petroleum Institute report for West Virginia published two years earlier than the report referenced above found a larger number for oil and gas jobs in West Virginia -- 80,400 direct, indirect and induced jobs.

Even if you limit the number to direct jobs, the most recent API report bolsters Higginbotham’s description of "tens of thousands of jobs," since it cites 38,211 direct jobs.

However, Brian Lego, an assistant researcher professor at West Virginia University’s Bureau of Business and Economic Research, told PolitiFact West Virginia that it’s possible the numbers could turn out differently if the methodology was changed.

So we kept looking. And it turns out that Lego was right.

We turned next to the federal government’s official employment database, collected by the Bureau of Labor Statistics. This showed a vastly smaller pool of oil and gas employment in West Virginia.

The category of oil and gas extraction had 2,238 employees in West Virginia in September 2018, the most recent month available. There were an additional 2,786 employees in support activities for oil and gas operations.

The total for these two categories works out to about 5,000 -- which is a whole lot less than what API found. What gives?

Talking to experts in employment data, we found a couple of explanations for the difference.

One big one, said API spokeswoman Sabrina Fang, is that the BLS data excludes contractors and sole proprietorships and partnerships. Such arrangements are "an especially large factor in the oil and gas extraction sector," she said. (Other economists agreed.)

Experts also said that professional services -- such as lawyers reviewing lease agreements for drilling -- wouldn’t necessarily be captured in the BLS data.

The support categories BLS tracks "combine employment from multiple extraction industries, and there’s no way to know how much of that bucket to allocate to coal, oil and gas, or other industries," said Jed Kolko, chief economist with the jobs site Indeed.com.

A third difference is that API’s study included several industry sectors that are outside of the pure oil and gas extraction activities captured in the BLS data. The report lists such categories as oil and gas pipeline construction, petroleum refining, various types of asphalt manufacturing, and gas stations.

The inclusion of gas stations may go the furthest to explain the divergence between API’s data and BLS’s.

The API report didn’t specify how many of the oil and gas jobs in West Virginia come from gas stations, but in the report’s nationwide data, gas stations accounted for about one-third of all the jobs API tallied in the oil and gas sector. So including gas station jobs helps explain why the API number is so much larger.

The U.S. Energy and Employment Report

There’s a third study we can look at, and its figures rest somewhere in the middle of what BLS and API found.

It’s the U.S. Energy and Employment Report, which was published most recently in 2019 by the Energy Futures Initiative, a "clean energy" think tank led by former Obama administration Energy Secretary Ernest Moniz, along with the nonpartisan National Association of State Energy Officials.

This study is both three years more recent than the API study and also uses survey methods to get the closest approximation of the number of contractors working for the oil and gas sector, as well as how much time they spend working on oil and gas efforts compared to work for other sectors.

This report found 4,647 jobs in West Virginia in the oil sector and another 5,816 in the natural gas sector. David Foster, who helped prepare the report for the group, told PolitiFact West Virginia that he would recommend adding in roughly another 5,000 jobs in pipeline distribution in the state to measure the oil and gas sector most accurately.

This adds up to more than 15,000 jobs -- more than BLS found, but less than API. This figure does not include some of the sectors API included, such as asphalt operations and gas stations. Foster said he doesn’t object to API including gas stations in its total, but his group didn’t dig up that data.

So, using the U.S. Energy and Employment report‘s total as a middle ground, and adding gas station employment to it, gets the total up to about 20,000 oil and gas jobs in West Virginia -- the minimum necessary for Higginbotham’s "tens of thousands of jobs" to be accurate.

Still, the specialists we interviewed were reluctant to choose a single best number for West Virginia employment in oil and gas, suggesting that a range is probably more appropriate. 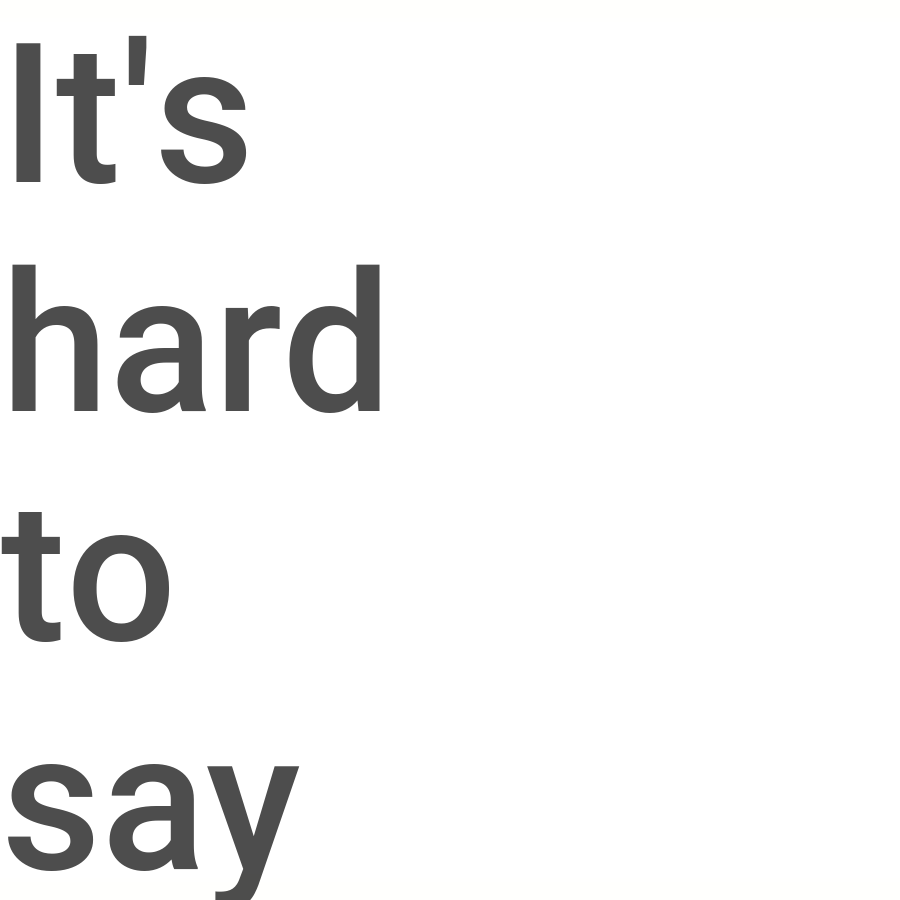 PolitiFact Rating:
It's hard to say
"Tens of thousands of jobs (are) created in West Virginia by the natural gas and oil industries."
Joshua Higginbotham
West Virginia state delegate
https://www.youtube.com/watch?v=2D6GmeyKGp4&feature=youtu.be 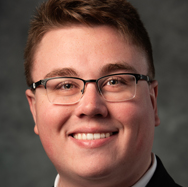 American Petroleum Institute, "Impacts of the Oil and Natural Gas Industry on the US Economy in 2015," accessed March 1, 2019

PolitiFact, "Are there three times as many solar energy jobs as coal jobs?" April 25, 2017

Email interview with Gary Steinberg, spokesman for the Bureau of Labor Statistics, March 21, 2019

Joe Manchin
stated on January 8, 2019 an interview on Bloomberg television:
"President Trump has the strongest support percentage-wise in our state than any other state in the nation. He won West Virginia by almost 43 percentage points and he's been carrying close to 60 percent approval."