A sign at Fort Bragg in North Carolina, named for a Confederate general. (AP)

• Despite President Donald Trump’s opposition, momentum is growing to rename 10 military bases that have long been named for Confederate figures.

• The bases got their names mainly during World War I and World War II, when military officials, under pressure to mobilize larger forces, erected bases in the South and yielded to local politicians’ preferences for names.

President Donald Trump may be opposed to rechristening the 10 U.S. military bases named for Confederate figures, but the idea is getting a serious look from top military brass and lawmakers

We wondered why the bases have these names in the first place, so we checked with eight military historians. The historians were unanimous that the base names should be changed, and they offered a panoply of possible honorees. (Here’s a full list of the 10 bases and their current namesakes.)

Why were these bases named for Confederate generals in the first place?

An irony is that, except for Gen. Robert E. Lee, most of these Confederate generals "were undistinguished, if not incompetent, battlefield commanders," David Petraeus, the former Army general and CIA director, wrote recently in the Atlantic.

The naming of bases after Confederates stems from both prosaic and weightier factors, historians said.

The base namings came first during World War I and then during World War II. In both cases, the military was scrambling to ramp up its forces after peacetime lulls. And at the time, the South offered the fastest path for expansion.

In this context, getting the political support of local politicians by choosing a name they liked "was paramount," said Lance Janda, a Cameron University historian. In the South, the military often took its cues from local and state politicians, historians said.

The timing of when these bases were named was not coincidental, historians said. It was after Union soldiers who would have opposed the names had died and before the advent of the civil rights movement, when harsh segregation was still in effect in the South.

By World War I, officials had pretty much decided that reconciliation between the North and South "was more important that the rights of freed African Americans, which led, among other things, to the unhindered establishment of Jim Crow in the South," said David Silbey, a Cornell University historian and author of "War Of Frontier And Empire."

During that period, the status quo was an "imperfect peace" that was "predicated on rewriting the narrative of the Civil War with emancipation, black participation, and black concerns edited out," said Gregory J. W. Urwin, a Temple University historian and author of "Black Flag Over Dixie: Racial Atrocities and Reprisals in the Civil War."

The military in particular was thoroughly segregated through World War II. "White Southerners filled the officer corps and the enlisted ranks, and they brought their neo-Confederate culture with them," Urwin said.

All in all, the base namings happened "during the height of the rise of America’s apartheid," said Le’Trice Donaldson, an assistant professor of social science at the University of Wisconsin-Stout and author of "Duty Beyond the Battlefield: African American Soldiers Fight for Racial Uplift, Citizenship, and Manhood, 1870-1920."

An oil painting of Maj. Gen. George E. Pickett's charge at Gettysburg, Pa., from a position on the Confederate line looking toward the Union lines. (Library of Congress)

What’s the argument for changing the bases’ names?

On the most basic level, military historians say, Confederates were disloyal.

"I do not think it morally defensible that any U.S. soldier, regardless of region, race, creed, or gender should be forced to serve on a base named for a self-proclaimed enemy of the United States who was directly responsible for killing thousands of their comrades," said Brian McAllister Linn, a Texas A&M historian and author of "The Echo of Battle: The Army’s Way of War."

Janda agreed. "I have never understood naming the bases after traitors, men who betrayed their country and bore arms against the United States," he said. "The men for whom all 10 bases were named have that in common."

On a more practical level, people of color account for a disproportionate percentage of the present-day military, so having bases named after defenders of the Confederacy, and slavery, shows a particular brand of insensitivity.

"It’s something I think white people are not as sensitive to — how much of an insult this is," said Richard Kohn, a University of North Carolina historian and author of "Military Laws of the United States, from the Civil War through the War Powers Act of 1973." "It’s time to move on."

Confederates, Silbey said, "fought to protect an utterly repugnant system that enslaved millions of Americans in the worst kind of horror. We can remember that history without honoring that history."

That said, it’s important to make changes within a context of educating service members about the reasons, Urwin said.

"A disproportionate number of service personnel are whites from the South and other rural areas of the U.S.," Urwin said. "I doubt that most of them know much about the people for whom most Army posts are named. Nevertheless, name changes should be accompanied by thorough education sessions that demonstrate the changes are consistent with current Army values."

WIthout such precautions, he said, "you could foster considerable resentment and encourage the rise of an underground neo-Confederate cult." 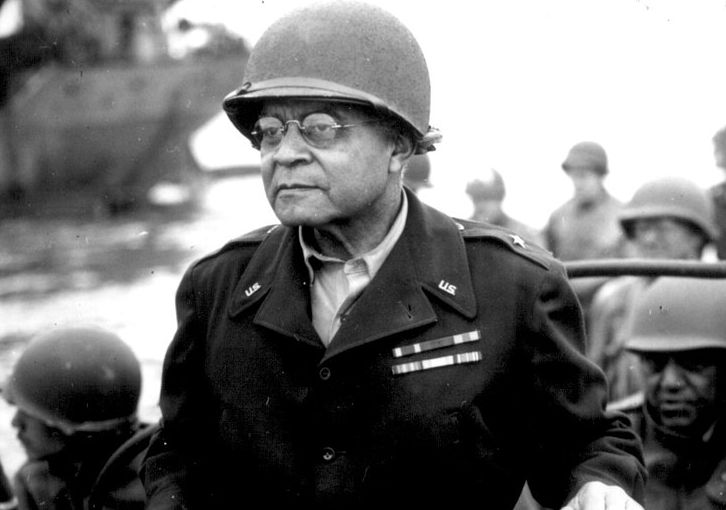 What figures might be strong candidates for names on these bases?

The historians we checked with offered several categories of historical figures who might be candidates for renamed bases. Some of the figures below are still living, so for them, a naming might need to be posthumous.

George H. Thomas was a Virginian who, unlike the Confederates honored today, remained with the Union in the Civil War and became a senior commander, including leading a number of black troops at the Battle of Nashville. Robert Gould Shaw, a privileged white Bostonian, gave his life while leading a black regiment in the Civil War. (The 1989 movie "Glory" told his story.)

Colin Powell became the first African American to chair the Joint Chiefs of Staff after being nominated by President George H.W. Bush.

Individuals who helped desegregate the military

Truman himself served as an artillery captain during World War I, which could qualify him for the honor of having a base named in his honor. Truman "was descended from Confederate veterans, but rose above that," Urwin said. "In many ways, he modeled the kind of behavior that the Army encourages."

Military pioneers who were women or members of other ethnic groups

Mary Edwards Walker was a Civil War surgeon who received the Medal of Honor. Anna Mae Hays became the first female general in the Army in 1970. Ann Dunwoody became the first four-star female general in the Army in 2008. Daniel K. Inouye, later a senator, was a Medal of Honor recipient in Italy in World War II while serving in a segregated Asian-American unit.

Tibor Rubin was a Hungarian Jew who was liberated from a concentration camp by U.S. soldiers, emigrated to the United States, joined the Army, served in Korea, and survived as a prisoner of war; he was awarded the Medal of Honor.

One longstanding proposal has been to rename Ft. Hood for Roy Benavidez, a Texan of Mexican ancestry who served in the Army special forces and who was awarded a Medal of Honor for service in the Vietnam War.

One of the most decorated soldiers of World War II was Audie Murphy, who began as an enlisted man and received a battlefield promotion to officer.

In the states with bases named after Confederates, there have been 15 medal of honor recipients from Alabama, 13 from Georgia, 31 from Virginia, 12 from North Carolina, 47 from Texas, and 15 from Louisiana who served in the U.S. Army or U.S. Army Air Corps. "Any of them would be deserving," Janda said.

"Changing the names should be seen as a wonderful opportunity and not some kind of damaging revisionism," he said. "The truth is that most military bases are temporary, and a lot of them were closed or had their names changed during the last Base Realignment and Closing Commission. What we have now is a chance to have a meaningful discussion about who we honor and how and where we honor them."

In the South, where the Confederacy was based, 10 bases have been named after Confederates. Some of the forts on this list are among the biggest and most important domestic bases, including Fort Benning, Fort Bragg, and Fort Hood.

Email interview with Brian McAllister Linn, Texas A&M historian and author of "The Echo of Battle: The Army’s Way of War," June 15, 2020

Email interview with Le’Trice Donaldson, assistant professor of social science at the University of Wisconsin-Stout and author of "Duty Beyond the Battlefield: African American Soldiers Fight for Racial Uplift, Citizenship, and Manhood, 1870-1920," June 15, 2020

Interview with Richard Kohn, University of North Carolina historian and author of "Military Laws of the United States, from the Civil War through the War Powers Act of 1973," June 15, 2020