Expelling, censuring, and reprimanding members of Congress: What you need to know

• Calls are increasing on Capitol Hill to punish lawmakers who may have encouraged efforts to stop the counting of the electoral votes on Jan. 6, when a group of President Donald Trump’s supporters stormed the Capitol.

• Expulsion from the Senate or House is explicitly permitted under the Constitution, though it requires a two-thirds vote, which is a high bar and would require bipartisan cooperation.

• Other punishments are available, including censure and reprimands, which need only a simple majority.

With mounting footage showing violence at the U.S. Capitol on Jan. 6, lawmakers have increased their calls for punishing members of Congress who they say encouraged the group of supporters of President Donald Trump that eventually breached the Capitol.

There are two primary categories of lawmakers being discussed as possible targets for punishments. One consists of lawmakers who conferred in advance with organizers of the pro-Trump group that assembled, or that praised the group before or during the breach. The other consists of the lawmakers whose official challenges to the counting of the electoral votes on Jan. 6 served as the spark for the rioters’ actions.

Legal and congressional experts said that both groups could face sanctions of some sort, although the first category — those who had a more direct connection to the assembled group — are more exposed to penalties.

Here are some questions and answers about what has been suggested, and what mechanisms could be used to discipline them.

What have lawmakers suggested so far?

Even before the storming of the Capitol, Rep. Debbie Wasserman Schultz, D-Fla., urged censure for Rep. Louie Gohmert, R-Texas, who had said "you’ve got to go to the streets" after the dismissal of his lawsuit seeking to overturn the election results.

More recently, Rep. Cori Bush, D-Mo., introduced a resolution with 47 co-sponsors that directs the chamber’s Ethics Committee review of all 139 Republicans who voted to overturn the election results for possible censure or expulsion.

On Jan. 10, House Speaker Nancy Pelosi, D-Calif., said that efforts to consider how best to reprimand House members "are valued."

Meanwhile, on the Senate side, attention has focused on the two main leaders of the movement to object to the counting of the electoral votes, which would confirm the presidential victory of Joe Biden over Trump: Sens. Josh Hawley, R-Mo., and Ted Cruz, R-Texas.

Sen. Sherrod Brown, D-Ohio, said that if Hawley and Cruz do not resign, "the Senate must expel them." Sen. Sheldon Whitehouse, D-R.I., also asked the Ethics Committee to "consider the expulsion" of Cruz and Hawley and bar them from joining the chamber’s investigation of the Capitol breach.

Other Democratic senators — Chris Coons of Delaware, Patty Murray of Washington, and Ron Wyden and Jeff Merkley of Oregon — have called for the two senators’ resignations, but have not said they should be expelled.

There has been special attention devoted to lawmakers who had interactions with organizers of the pro-Trump group before some of them stormed the Capitol, rather than just those who voted to reject Biden’s electoral slates.

For instance, Rep. Tom Malinowski, D-N.J., and Wasserman Schultz have introduced a resolution to censure Rep. Mo Brooks, R-Ala., who addressed the rally shortly before it headed to the Capitol.

Brooks defended his remarks in a statement, saying the Democrats’ resolution creates, "with no credible evidence, a linkage between my words and the illegal breach of the Capitol."

Rep. Mary Miller, R-Ill., cited Adolf Hitler in a speech to Trump supporters in Washington the day before the storming of the Capitol. She later apologized, saying she regretted "using a reference to one of the most evil dictators in history to illustrate the dangers that outside influences can have on our youth."

Meanwhile, Rep. Lauren Boebert, R-Colo., took criticism for tweeting "Today is 1776" before the vote counting started and for tweeting about Pelosi’s whereabouts during the Capitol breach. She responded on Jan. 11 that Democrats’ "hypocrisy is on full display with talks of impeachment, censure, and other ways to punish Republicans for false accusations of inciting the type of violence they have so frequently and transparently supported in the past."

In a since-deleted video, Ali Alexander, a leader of the "Stop the Steal" group that rallied on behalf of debunked election theories, said that he worked with Brooks and two other Republican House members, Paul Gosar and Andy Biggs of Arizona, to plan the Jan. 6 gathering.

"We four schemed up of putting maximum pressure on Congress while they were voting," Alexander said in the video, so that lawmakers could hear "our loud roar from outside."

Biggs denied such a role to the New York Times. "Congressman Biggs is not aware of hearing of or meeting Mr. Alexander at any point — let alone working with him to organize some part of a planned protest on Jan. 6," spokesman Daniel Stefanski told the Times. "He did not have any contact with protesters or rioters, nor did he ever encourage or foster the rally or protests on Jan. 6."

As for Gosar, three of his siblings have sought assistance from Rep. Raul Grijalva, D-Ariz., to get him expelled from Congress. (Several siblings had previously run a campaign ad in 2018 urging his defeat.) 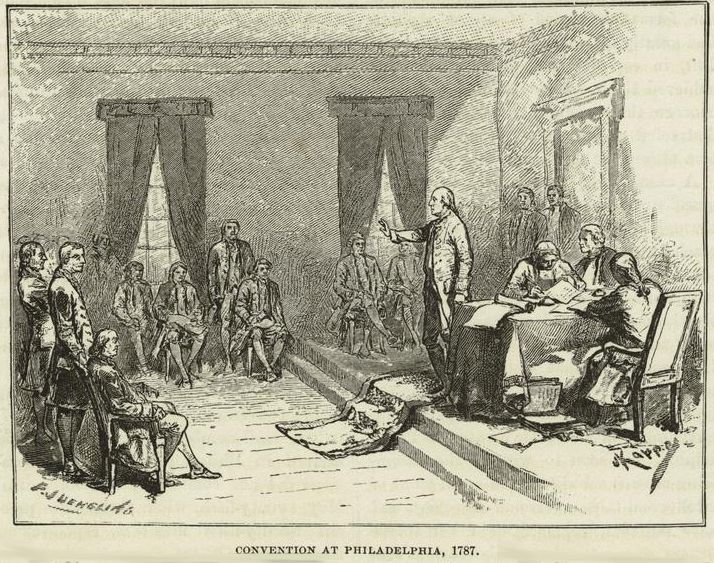 What disciplinary tools are available?

The most aggressive course of action would be expulsion. The Constitution grants such powers to each chamber of Congress, to be meted out on its own members.

In Article I, Section 5, the Constitution says, "Each House (of Congress) may determine the Rules of its proceedings, punish its members for disorderly behavior, and, with the concurrence of two-thirds, expel a member."

During the Constitutional Convention, James Madison argued that the right of expulsion "was too important to be exercised by a bare majority."

While the Constitution cited no specific grounds for expulsion, "actions in both the House and the Senate have generally concerned cases of perceived disloyalty to the United States, or the conviction of a criminal statutory offense which involved abuse of one’s official position," the Congressional Research Service concluded.

Expulsions have been relatively rare: Only 15 senators and five House members have been expelled during the nation’s history. Of the 15 expulsions of senators, 14 came during the Civil War period. As for the House, three expulsions involved disloyalty, and two have been for charges related to bribery. Additional lawmakers have been threatened with expulsion but resigned before a vote was held.

Another part of the Constitution currently being discussed is Section 3 of the 14th Amendment. Ratified after the Civil War, it says that if officeholders "shall have engaged in insurrection or rebellion against the same" can be removed by a two-thirds vote of Congress.

The specific mention of an "insurrection or rebellion" potentially makes it a "useful tool for Congress to consider, said Robert S. Peck, founder and president of the Center for Constitutional Litigation.

"The violence on Jan. 6 stripped away the fig leaf that this was just a political game and posturing for constituents," Peck said. "It confirmed the worst fears of critics of that effort and exposed the effort for what it was — and that was certainly much more than harmless politics as usual."

However, a clear obstacle to expulsion is the high bar: a two-thirds vote, meaning that not only would all Democrats need to support such a move but that a sizable portion of the Republican conference would as well.

There are other potential challenges. A lawmaker targeted for expulsion could argue that they had protection under the Constitution’s "speech and debate" clause, which protects matters related to official congressional duties.

Are there penalties short of expulsion that Congress could impose?

The House has several alternative penalties beyond expulsion.

The second-most severe punishment would be "censure," which needs only a simple majority to be applied. Censure involves a resolution disapproving a member’s conduct; it requires that the member stand in the "well" of the House chamber to be rebuked directly by the House speaker. In its history, the House has censured 23 members, for such actions as the use of insulting language, assaults, or financial improprieties.

The third-most severe punishment is a "reprimand." It also requires a simple majority vote, and it has been imposed on 10 House members in history. Other possible penalties include a fine, loss of seniority, or loss of other privileges. In addition, the House Ethics Committee can issue a "letter of reproval" without a full House vote. Historically, once the ethics panel gets involved, investigations can take months to be fully investigated.

As for the Senate, it can also adopt punishments akin to the House’s censure or reprimand, though the exact wording has varied throughout history, sometimes including resolutions that "condemn" or "denounce" certain behavior.

Congressional Research Service, "Recall of Legislators and the Removal of Members of Congress from Office," Jan. 5, 2012

The Congressional Institute, "How Congress Punishes Its Wayward Members," Nov 26, 2019

The Intercept, "Pelosi Quietly Thanks Democrats Pushing to Expel Members of Congress," Jan. 11 2021

Arizona Republic, "Some of Rep. Gosar's siblings want him expelled from Congress after deadly riot at Capitol," Jan. 9, 2021

Email interview with Robert S. Peck, founder and president of the Center for Constitutional Litigation, Jan, 12, 2021