Joe Biden’s release of oil from the Strategic Petroleum Reserve: What you need to know

During the busy travel week of Thanksgiving, and amid an unusually big price spike for gasoline, President Joe Biden invoked one of the rarely used powers of his office: ordering the release of millions of barrels of crude oil from the Strategic Petroleum Reserve.

The idea is to increase the supply of oil and, in the process, help push domestic gasoline prices down.

Because emergency releases from the reserve are so unusual, we decided to explain what the reserve is, and what prompted Biden’s move.

Overall inflation recently reached a three-decade high, and one of the most visible prices Americans see every week is at the gas pump.

At the root of the price increases for gasoline, as with so many other products, is the coronavirus pandemic. Since the initial economic wallop from the virus in the spring of 2020, demand for gasoline has risen steadily as business activity has increased. Yet supply hasn’t been able to recover as quickly, thanks to delays in restoring drilling capacity, higher transportation costs, and sluggish production increases.

For the third week of November, a gallon of gas cost $3.39, according to the federal Energy Information Administration. (This is a national average; there is variation across regions.)

Today’s prices are high, but not at record levels, compared with the past three decades; the single-week high was just over $4 a gallon in 2008. And when calculating the share of income devoted to gasoline purchases, the economic burden of gas prices today is in the same range as it’s been for most of the past 30 years.

That said, the year-over-year rise in the price of gasoline is larger than any the country has seen in at least three decades, and experts say that consumers are right to be concerned.

Patrick DeHaan, head of petroleum analysis at GasBuddy.com, recently calculated the year-over-year price change in gasoline going back to 2002. The 66.1% increase earlier this year ranks as the fastest year-over-year increase during that period, just outpacing spikes in 2005 and 2010.

There’s a reason the price jump has been so big. During the pandemic, when travel and commuting was sharply curtailed, the demand for gasoline declined significantly, and so did the price. So year-over-year figures compare today’s prices to an unusually low level a year ago, exaggerating the jump, said Douglas Holtz-Eakin, president of the American Action Forum, a center-right think tank.

What tools are at Biden’s disposal?

If other oil-producing countries agreed to increase their output, prices would be expected to drop.

The administration has spent weeks trying to convince Russia and OPEC, a group of 13 primarily Middle Eastern and African oil exporters that act collectively to set production levels, to follow this course. Together, OPEC and Russia account for just over half of global production.

But so far, OPEC and its allies have agreed only to increase production by smaller amounts than Biden has been seeking. They reaffirmed this more cautious stance as recently as Nov. 4.

Another tool the U.S. could use is to increase production at home. The U.S. is the world’s biggest oil producer, accounting for about 20% of the world’s output. However, doing so would be politically and practically difficult, experts said.

For starters, Biden is facing pressure from his allies in the environmental movement not to expand domestic oil production. Biden campaigned on curbing climate change and promoting electric vehicles, so encouraging more production now would contradict his longstanding position.

The flip side of this is that it’s unclear how effective Biden could be at influencing domestic oil producers, given the strained relations between the two sides. "The White House has demonized the sector, enacting executive orders designed to slow growth of oil production," DeHaan said.

Another obstacle is that U.S. producers can’t ramp up production as quickly as OPEC can, meaning that any impact of higher U.S. production would be months into the future.

"The reason why the administration is asking OPEC and Russia to increase is because they have spare production capacity as the result of their previous cuts, which can be brought to the market quickly," said Mark Finley, a fellow in energy and global oil at Rice University's Center for Energy Studies. "Here in the U.S., producers must decide to increase drilling and completing new wells, which could take months to add appreciable volumes."

This has left Biden with only one easy option: releasing oil stored in the Strategic Petroleum Reserve. 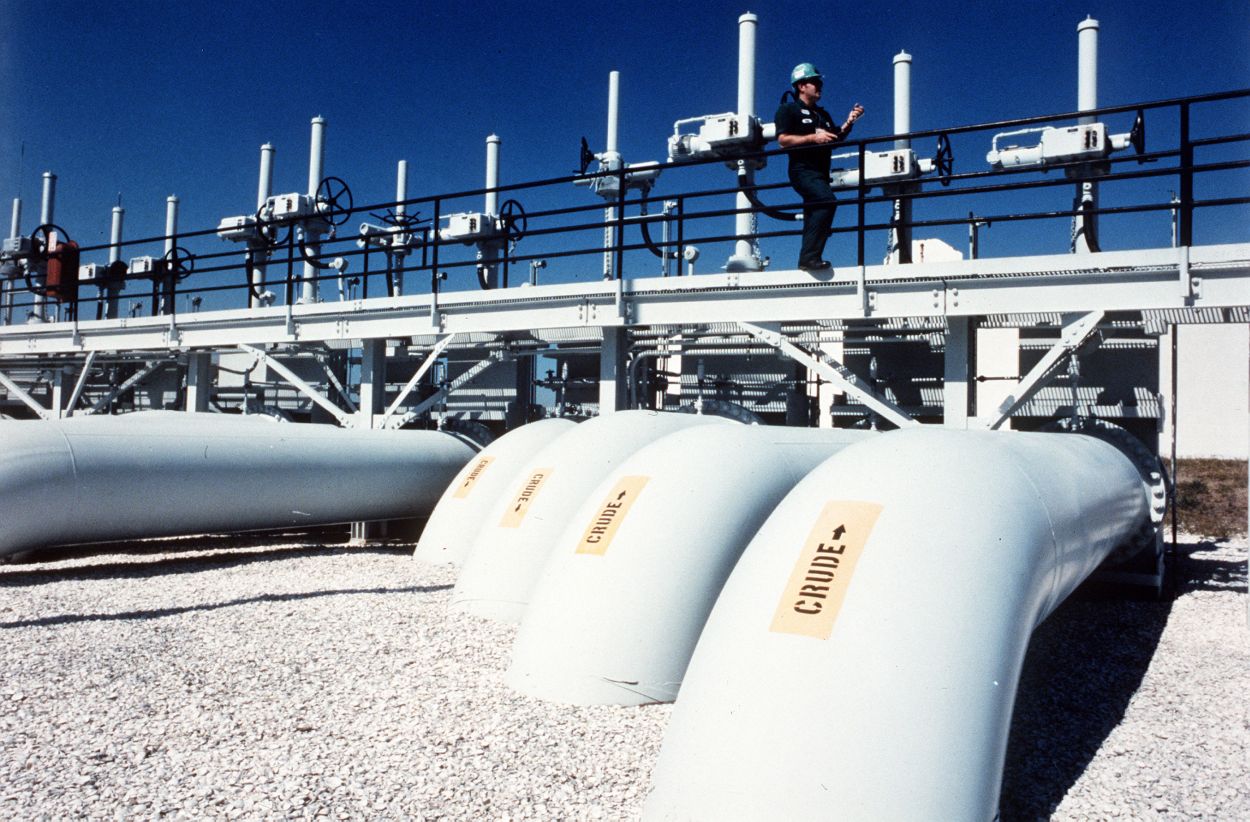 What is the Strategic Petroleum Reserve?

On Nov. 23, Biden announced that he would release some 50 million barrels of oil from the reserve, or roughly two and a half days of U.S. demand. Biden did this in a coordinated effort with China, India, South Korea, Japan and the United Kingdom, which agreed to release additional amounts from government and private reserves.

"I told you before that we're going to take action on these problems," Biden said from the White House. "That's exactly what we're doing."

The Strategic Petroleum Reserve dates from OPEC’s oil embargo in 1973 and 1974, when an oil price shock battered the U.S. economy. It was designed to "diminish the vulnerability of the United States to the effects of a severe energy supply interruption, and provide limited protection from the short-term consequences of interruptions in supplies of petroleum products," according to the Congressional Research Service.

The reserve has a capacity of more than 700 million barrels, stored in underground geological formations known as salt domes. The reserve encompasses four sites, two each in Louisiana and Texas.

It will take some time for this newly released oil to hit the market. Because of constraints in the reserve’s pipelines and terminals, its holdings can be drawn down by about 4.4 million barrels a day. In addition, the reserve stores crude oil rather than gasoline, partly because crude oil is more stable. So any oil that’s released must be refined before coming to market.

Taking all this into account, it takes about two weeks for a new release from the reserve to enter the market. (Once the oil price declines, the U.S. can purchase additional oil to replenish the reserve.)

While the four emergency releases of oil from the reserve are the most well-known examples, there have been other releases in the past, including some to test the system’s reliability and others to capitalize on high oil prices and generate revenue for the government.

Will this approach succeed in lowering gasoline prices?

History suggests that the oil release will help bring prices down, but several factors make this less than a certainty.

In December 1990, gas was $1.34 a gallon and rising, reflecting the market's nervousness about Iraq's invasion of Kuwait. By Jan. 28, 1991, after President George H.W. Bush ordered 17 million barrels released from the reserve in advance of the U.S. attack, the price had dropped to $1.17 a gallon.

And in 2011, gas prices fell between the time the release was announced in June and the end of the year.

But there’s reason for caution.

For starters, the most pronounced price drops have historically been in the commodity markets. There’s no guarantee those savings will be passed along to consumers.

However, the biggest concern is that OPEC and Russia could easily cut production in an amount equal to the newly released oil, canceling out any price benefit from the release.

Biden’s move may "backfire" if it provokes OPEC to take some of its oil off the market, Caroline Bain, chief commodities economist at Capital Economics Ltd., told Reuters.