In this Nov. 2, 2020, file photo, a county worker collects mail-in ballots in a drive-thru mail-in ballot drop off area at the Clark County Election Department in Las Vegas. (AP)

• Critics of voting by mail have frequently plucked out one sentence from a 2005 bipartisan report written by former President Jimmy Carter and former Secretary of State James Baker that stated, “Absentee ballots remain the largest source of potential voter fraud.”

• The 2005 report did not call for getting rid of absentee voting. It called for increased security and further study.\

• Since the report was published, state and local officials have taken multiple steps to improve the security of voting by mail, including signature verification, sharing voter registration among the states and programs for voters to track their mail ballots.

Republicans who criticize voting by mail often cite a report from more than a decade ago co-written by former President Jimmy Carter that included a warning about absentee voting.

The American University Center for Democracy and Election Management organized the bipartisan commission with the goal of recommending ways to improve the electoral process in the wake of the 2000 presidential recount in Florida.

The report included 87 recommendations, on everything from voter registration to polling sites to post-election audits. It got the most attention for recommendations to add a paper trail to electronic machines and to implement photo voter ID requirements.

The sentence in the report that now draws the most attention is the warning about absentee voting and fraud. It has been cited by Republican lawmakers in Congress and state legislatures; a lawsuit on behalf of former President Donald Trump; Arizona Attorney General Mark Brnovich, and conservative activists. John Lott, a pro-gun researcher, wrote an op-ed before the recent California recall election citing the 2005 finding.

While critics of voting by mail cite the passage in the 2005 report, they omit its full comments about absentee voting. They also gloss over the fact that, 16 years later, voting experts and officials know far more about the security of absentee voting and the steps taken to improve security.

What the 2005 report said about absentee voting 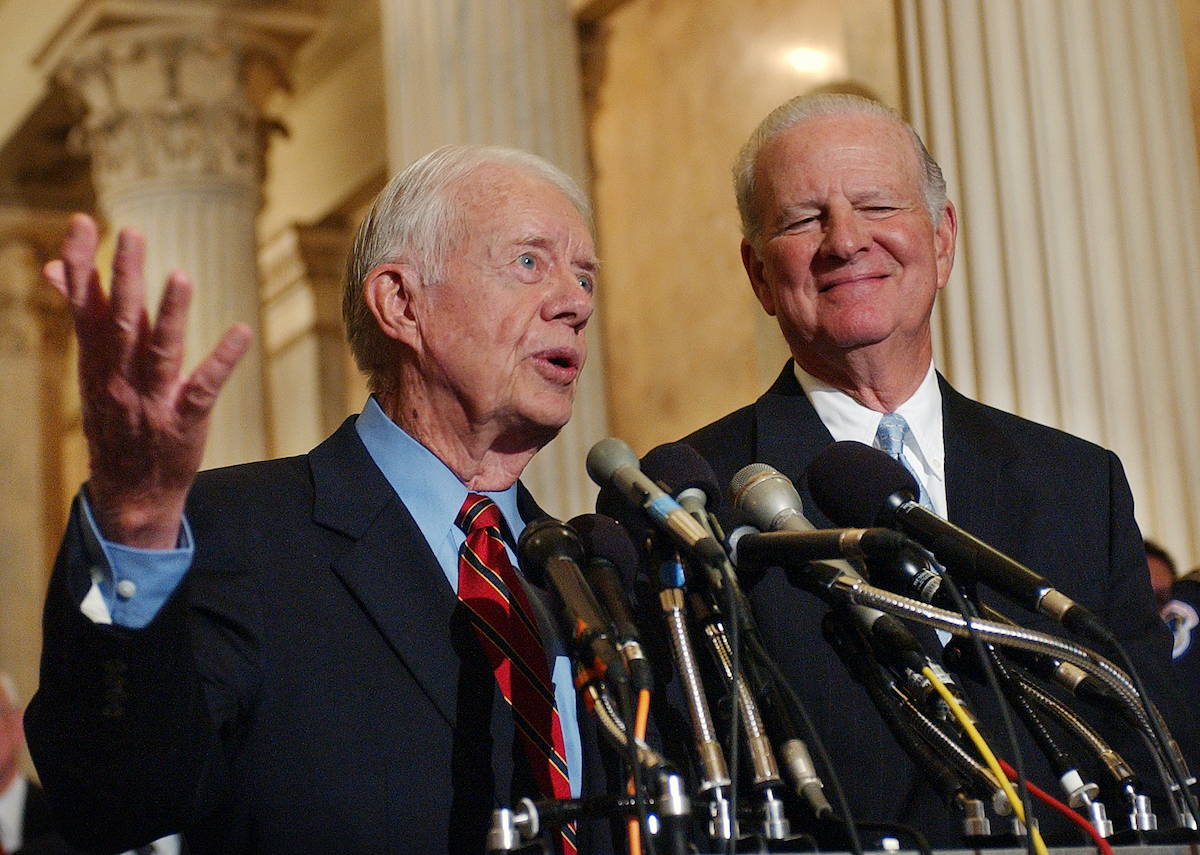 The 2005 report generally communicated a dim view of absentee voting. But it didn’t call for getting rid of it. Instead, it noted that absentee voting worked in some places, and it recommended ways to improve security.

The Carter-Baker report pointed to the 1997 Miami mayoral race that was overturned the following year after 55 people, including a Miami city commissioner and his chief of staff, were charged with voter fraud for manipulating mail-in ballots.

"Fraud occurs in several ways," the report stated. "Absentee ballots remain the largest source of potential voter fraud." (That line referenced another report that year from the Century Foundation, in which academics raised similar concerns. )

Absentee voting is vulnerable to abuse in several ways, the Carter-Baker report stated, including that ballots sent to the wrong address could get intercepted, or citizens who vote at a home, nursing home or work might be subject to intimidation or pressure.

The report included tips to improve absentee voting security, such as prohibiting third-party groups, candidates or activists from handling ballots, strengthening the security of voter registration, and allowing observers to watch the processing of ballots. It included recommendations to improve absentee voting for persons with disabilities, as well as military and overseas votes.

The report noted that mail voting had not resulted in problems everywhere, stating that "Oregon appears to have avoided significant fraud in its vote-by-mail elections by introducing safeguards to protect ballot integrity, including signature verification."

The commission called for "further research on the pros and cons of voting by mail."

While the report raised concerns about absentee voting, the report also tackled concerns about in-person voting. For example, the report said long lines were a problem in 2004 on Election Day. The report recommended that officials keep a log book to record problems at polling sites to consult before the next election and to allocate enough money to recruit more technologically sophisticated poll workers. 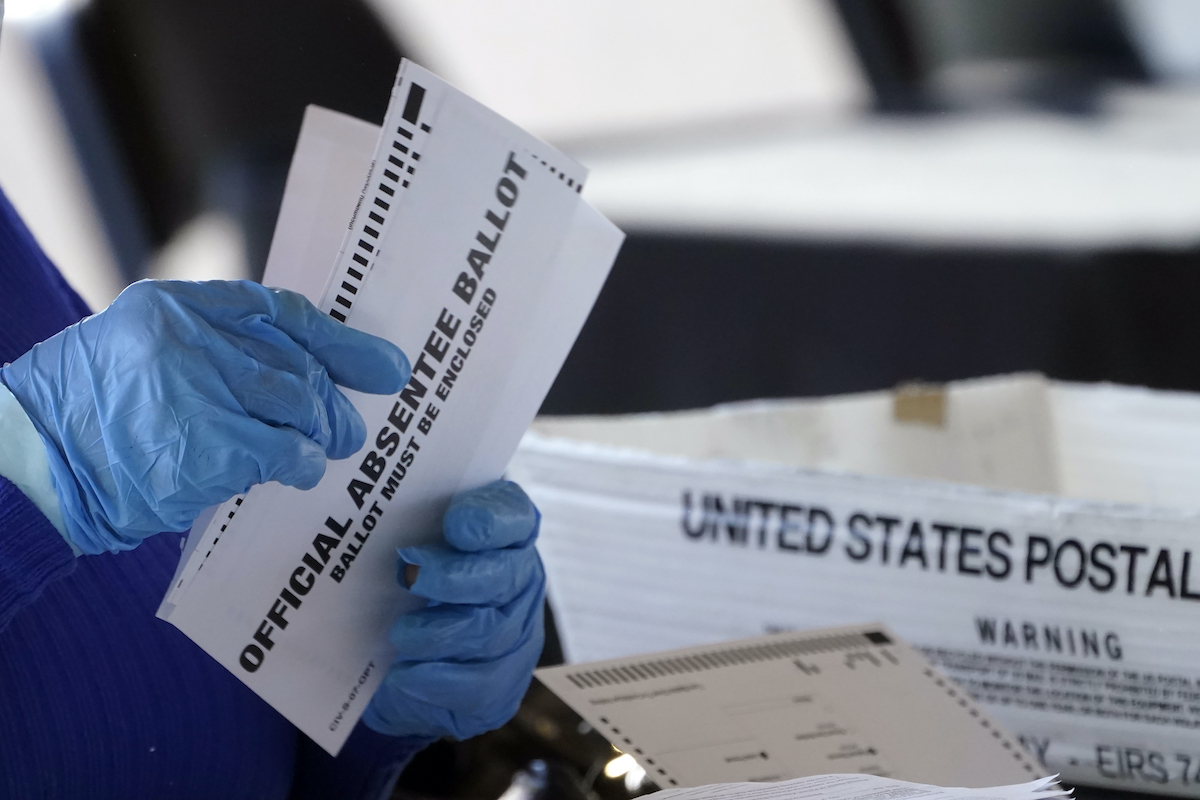 A worker at the Fulton County Board of Registration and Elections works to process absentee ballots at the State Farm Arena, Nov. 2, 2020, in Atlanta. (AP)

In May 2020, Carter urged political leaders to expand voting by mail amid concerns that COVID-19 would spread at in-person voting sites. The Carter Center, founded by the former president to advocate for peace, public health and democracy, called for election officials to provide absentee ballot request forms online, expand access to return ballots, establish security provisions and communicate clear messages to the public about deadlines.

The center acknowledged that the Carter-Baker commission had warned of security concerns.  But it added that "since 2005, many states have gained substantial experience in vote-by-mail and have shown how key concerns can be effectively addressed through appropriate planning, resources, training, and messaging."

"I approve the use of absentee ballots and have been using them for more than five years," Carter said in a Sept. 3 statement. (About a month after the election, Barr told the Associated Press, "To date, we have not seen fraud on a scale that could have affected a different outcome in the election.")

In the spring of 2021, Carter pushed back on advocates for restrictive changes to absentee voting in Georgia who he said continued to selectively cite his 2005 report.

"While our report noted a few good and bad examples of vote-by-mail practices, its main recommendation was that further study of voting by mail was needed," Carter said. "In the 16 years since the report’s release, vote-by-mail practices have progressed significantly as new technologies have been developed. In light of these advances, I believe that voting by mail can be conducted in a manner that ensures election integrity."

Baker told us in an email that he hadn’t done further research since 2005 about absentee ballots and fraud. "However, I continue to believe such balloting remains a significant source of potential fraud, absent safeguards some states have put in place to help guarantee that a person’s vote is secure," Baker wrote.

The report and its conclusions are not without criticism, even today. One of the commissioners, Spencer Overton, told PolitiFact that the details of the report were largely negotiated by Robert Pastor, a political scientist who worked with Carter, and Baker's lawyers, to the exclusion of most commissioners.

"James Baker's lawyers were successful in laying the groundwork for rhetoric that has been used by states and the U.S. Supreme Court to justify election laws that restrict voting, without empirical evidence of fraud," said Overton, a George Washington University law professor who worked in the Obama administration.

What we have learned about the security of absentee voting 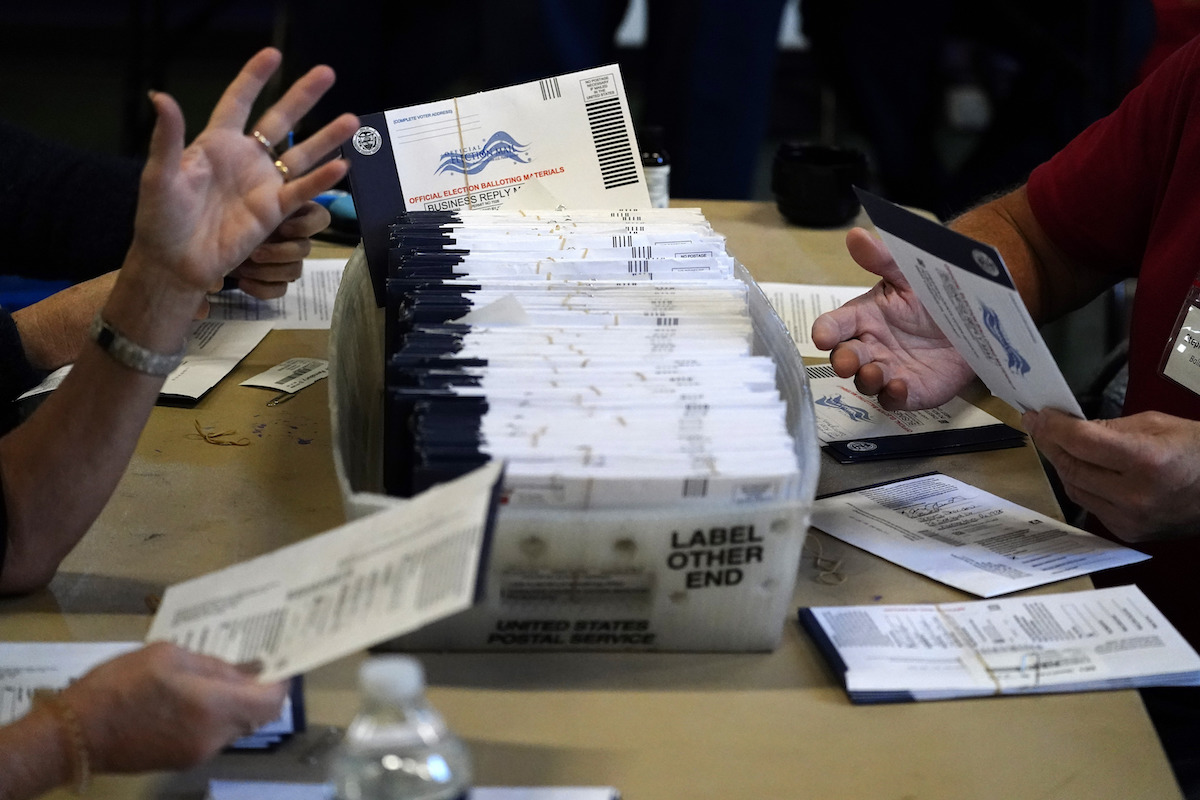 There have been cases of voter fraud, but they are a tiny number of votes cast each cycle.

A nationwide canvas of state election officials by Bloomberg News published in July found roughly 200 voter fraud prosecutions since the November 2018 midterm election. Those numbers contradict statements about widespread fraud when compared with more than 161 million votes cast in the 2020 election and more than 122 million in 2018.

The most high profile example of absentee ballot fraud in recent years was in a 2018 North Carolina congressional election after evidence surfaced that the Republican candidate benefited from an effort to collect absentee ballots from voters.

But the North Carolina case is not typical, said Edward Foley, an election law professor at Ohio State University and one of the experts who worked on the 2005 Century Foundation report.

"While of course it’s important to update with new evidence, everything I’ve seen since 2004-05 shows that where there’s a problem — as in the North Carolina congressional race a few years ago — it’s more likely to occur in the vote-at-home context," Foley said. "This doesn’t mean it’s a huge problem; it’s still a very low-level occurrence from all available evidence."

When it exists, voter fraud tends to happen on the local level. Earlier this year a judge ordered a new election for a position in a small Mississippi city after ruling that 78% of the 84 absentee ballots cast for that seat contained irregularities.

Election experts point to multiple steps states and local jurisdictions have taken to improve the security of voting by mail.

The Electronic Registration Information Center, a nonprofit that helps states improve the accuracy of their voter rolls, was formed in 2012 with assistance from The Pew Charitable Trusts. The majority of states are now members of the center, and that allows them access to data showing voters who have moved within their state or out of state, have died or duplicate registrations. (One problem highlighted in the Carter-Baker report concerned double voters who were registered in two states and sought absentee ballots in both.)

Local jurisdictions have increasingly offered free ways for voters to track their own absentee ballots, such as online or through text messages or emails, to verify they have been received by election offices.

One common way to ensure that the voter is the one who cast the absentee ballot is to compare their signature on the envelope with voter registration records. That signature verification process occurs both when voters apply for an absentee ballot and when they submit their ballot in Michigan, said Justin Roebuck, the Ottawa County Clerk.

Such charges carry prison time, he said. "That sort of fraud is very high risk and very low reward, potentially changing one vote, and there is a whole lot of a paper trail."

Washington Secretary of State Kim Wyman, a Republican, told PolitiFact that election officials have spent more than a decade "building out security measures and controls to prevent fraud." Such security measures include signature verification, ballot tracking and photo ID to register to vote.

Voting by mail also provides a larger voting window to resolve any problems than in-person voting on Election Day. That means voters have time to contact an election official if they don’t receive their mail ballot.

CNN, Carter affirms safety of mail-in voting after Barr and White House cite him to diminish it, Sept. 4, 2020