This image provided by the National Institute of Allergy and Infectious Diseases shows a colorized transmission electron micrograph of monkeypox particles (red) found within an infected cell (blue). (NIAID via AP)

As monkeypox cases mount and the disease spreads, some people might have déjà vu — here comes another potentially life-disrupting virus. Although monkeypox first surfaced more than six decades ago, public health officials say this outbreak is different.

The disease was first discovered in monkeys kept for research at the Statens Serum Institut in Copenhagen, Denmark, in 1958. The first human case was reported in 1970 in the Democratic Republic of Congo.

As The Washington Post reported, the monkeypox virus is from the Orthopoxvirus genus, which includes the variola virus that causes smallpox. Monkeypox is zoonotic, meaning it spreads from animals to humans.

Although monkeypox and smallpox have similar symptoms, monkeypox is generally milder and much less likely to cause death, Healthline reported.

Historically, monkeypox outbreaks have been largely centralized in or connected to central or west African countries, where the disease is endemic. Before the current outbreak, "almost all monkeypox cases in people outside of Africa were linked to international travel to countries where the disease commonly occurs or through imported animals," according to the Centers for Disease Control and Prevention.

Human-to-human monkeypox transmission has now been reported in more than 70 countries; since May 17, more than 6,600 monkeypox cases have been identified in the United States. On Aug. 4, the Biden administration declared monkeypox a public health emergency, a move that can increase funding for health agencies responding to the outbreak and accelerate vaccine distribution.

These unprecedented case counts and the fact that monkeypox has been spreading largely among men who have sex with men has made the current outbreak unique — and increased international attention to the virus.

How the virus spreads

Someone who is pregnant can spread the virus to the fetus through the placenta. People can also get monkeypox from infected animals.

"In short, it’s a virus," said Andy Seale, an adviser with the WHO and an expert on global HIV, hepatitis and sexually transmitted infections. "Viruses can affect anybody," he said, and are often spread in more than one way. 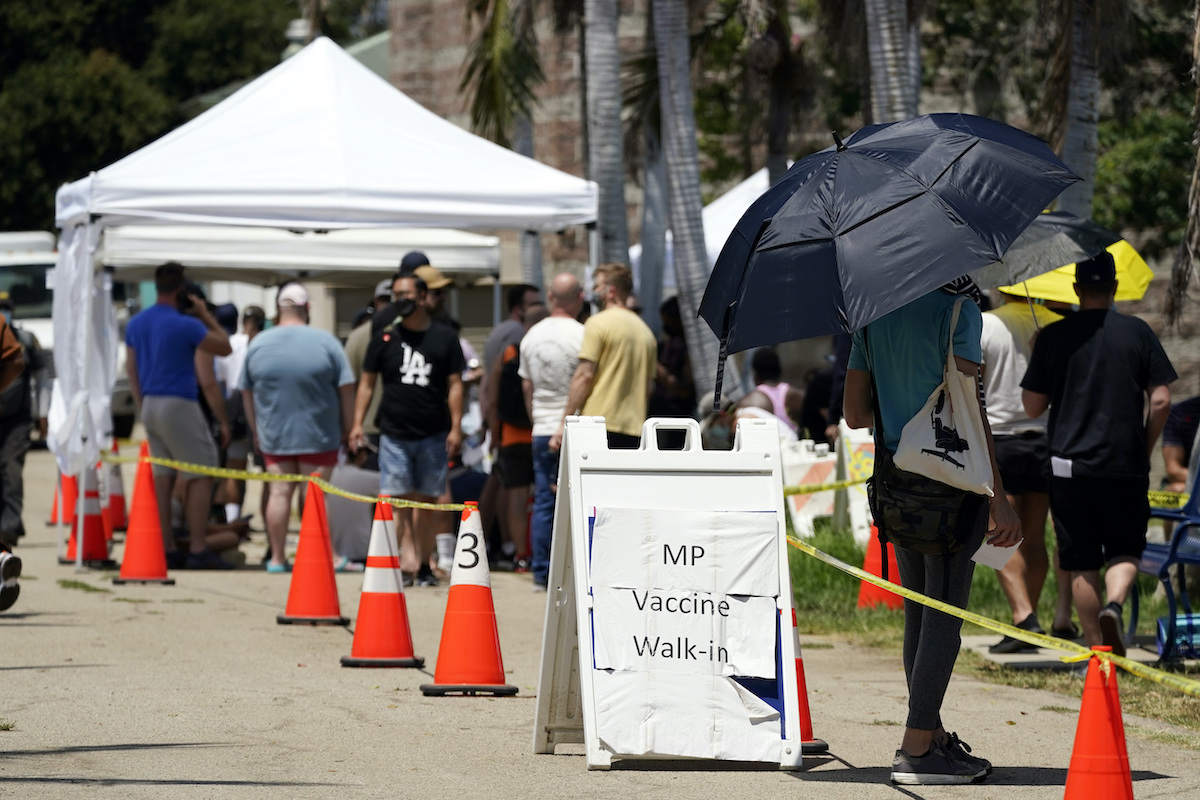 People line up at a monkeypox vaccination site on July 28, 2022, in Encino, Calif. California's public health officer said they are pressing for more vaccine and closely monitoring the spread of the monkeypox virus. (AP)

People with monkeypox can "have lesions that are hidden inside the mouth or inside and around their genitals," Seale said. "These might not be so obvious."

Contact with those lesions, which can occur when people are kissing or engaging in other forms of close intimate contact, will spread monkeypox, he said.

How it doesn’t spread — and what remains unknown

Monkeypox can be transmitted via "respiratory secretions," according to the CDC, but that isn’t the same as COVID-19-style airborne transmission of the virus.

"Airborne transmission occurs when small virus particles become suspended in the air and can stay there for periods of time," the CDC said. "These particles can spread on air currents, or sometimes even infect people who enter a room after the infected person has left. In contrast, monkeypox may be found in droplets like saliva or respiratory secretions that drop out of the air quickly."

As of June 9, long-range airborne transmission of monkeypox had not been reported, the CDC said. It added that monkeypox wouldn’t spread during casual conversations. Walking by someone with monkeypox in a store, for example, would not transfer the virus, but sharing a bed with someone who is infected might.

Where monkeypox is spreading most

Available data shows that the majority of people who have had monkeypox since the outbreak started are men who report having sex with men:

Some have questioned whether monkeypox testing and data collection might be biased in such a way that men who have sex with men might be overrepresented, but many researchers now say that cannot explain such a consistent pattern.

"Although some monkeypox patients have mild infections that may be missed or misdiagnosed, others have very characteristic rashes and agonizing pains that require hospitalization for pain treatment," Science Magazine reported. "If many people outside the MSM (men who have sex with men) community had monkeypox, more would have shown up in the statistics by now." 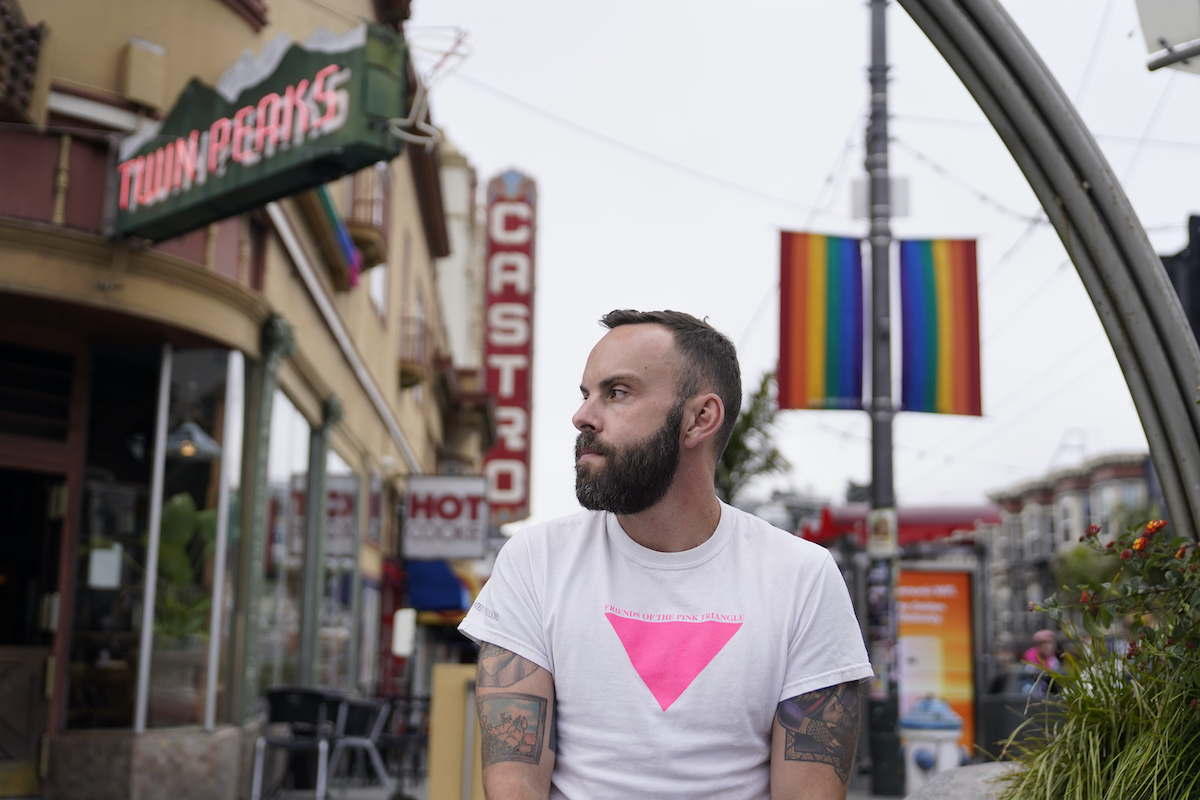 Tom Temprano, shown in a San Francisco neighborhood on July 28, 2022, was scheduled to get his second dose of the monkeypox vaccine but was just notified that it was canceled because of short supply. He is frustrated that authorities have taken so long to respond, and noted they did so after LGBTQ politicians in his community raised their voices. (AP)

Monkeypox is not exclusively spread during sexual intimacy. It can also spread in household settings, said Dr. Rosamund Lewis, the WHO’s technical lead for monkeypox. At least four children in the U.S. have tested positive for monkeypox as of Aug. 1.

As pediatric cases have appeared, some people have tried linking them to men who have sex with men. On Twitter, for example, Rep. Marjorie Taylor Greene, R-Ga., asked, "If Monkeypox is a sexually transmitted disease, why are kids getting it?"

On July 25, far-right radio host Stew Peters said, "So far, basically all cases of monkeypox have spread as an STD through gay sex, so does anyone want to guess what might have happened for these kids to get it?"

The insinuation that the children who caught monkeypox were molested is linked to longstanding false claims that gay, lesbian and bisexual men molest children at higher rates than non-LGBTQ people. And the WHO’s Seale said Aug. 2 that health officials have seen monkeypox cases in women and children that are most likely linked to household contact during this outbreak.

"If one person in the household becomes infected, it can be quite easy for that then to transmit to others in the same household again through just the close physical contact that comes with being in a close family — nothing to do with sex," Seale said.

RELATED: There’s no evidence that the virus behind the monkeypox outbreak was leaked from a Wuhan lab

The BMJ, "Clinical features and novel presentations of human monkeypox in a central London centre during the 2022 outbreak: descriptive case series," July 28, 2022

Science Magazine, "Why the monkeypox outbreak is mostly affecting men who have sex with men," June 20, 2022

Smithsonian Magazine, "What You Need to Know About the History of Monkeypox," June 24, 2022

Centers for Disease Control and Prevention, "How it Spreads," accessed Aug. 3, 2022

PolitiFact, "Why it’s not ‘grooming’: What research says about gender and sexuality in schools," May 11, 2022

Email exchange with Jennifer Rice Epstein, a public affairs officer for the Department of Health and Human Services in Long Beach, California, Aug. 3, 2022

The Washington Post, "Understanding monkeypox and how outbreaks spread," Aug. 4, 2022