Trump says Watergate burglary and search of Mar-a-Lago were similar. They’re not

There’s one crucial difference: The burglary of the Democratic National Committee offices at the Watergate complex by allies of President Richard Nixon in 1972 was illegal, but the search of Donald Trump’s Mar-a-Lago home would have received formal approval from a federal judge, and likely involved internal Justice Department review all the way up to the attorney general.

After the FBI searched Donald Trump’s home Aug. 8, the former president criticized it in a post on his social media network, Truth Social.

"What is the difference between this and Watergate, where operatives broke into the Democrat(ic) National Committee?" Trump asked. "Here, in reverse, Democrats broke into the home of the 45th President of the United States."

Even the following day, details were scarce about the underlying justification for the search of Trump’s home, which he said included the breaching of a safe. Certainly, it represented an escalation of the Justice Department’s investigation into Trump’s actions, as well as a virtually unprecedented step taken against a former president — one who may run again in 2024.

Legal experts said it’s specious to compare the burglary of the Democratic National Committee in Washington, D.C., by allies of then-President Richard Nixon in 1972 and the search of Trump’s Mar-a-Lago compound in Palm Beach, Florida. What happened at the Watergate was illegal, while the Mar-a-Lago search could not have proceeded without a federal judge’s assent.

Randall D. Eliason, a professorial lecturer in law at George Washington University who spent 12 years as an assistant U.S. attorney for the District of Columbia, called the comparison "ridiculous."

"Watergate was a burglary," he said. "It was illegal, done in secret, with no authorization. Comparing the two is like saying there is no distinction between someone who goes to a bank, writes a check, and properly withdraws their money and someone who puts on a mask and robs the bank at gunpoint." 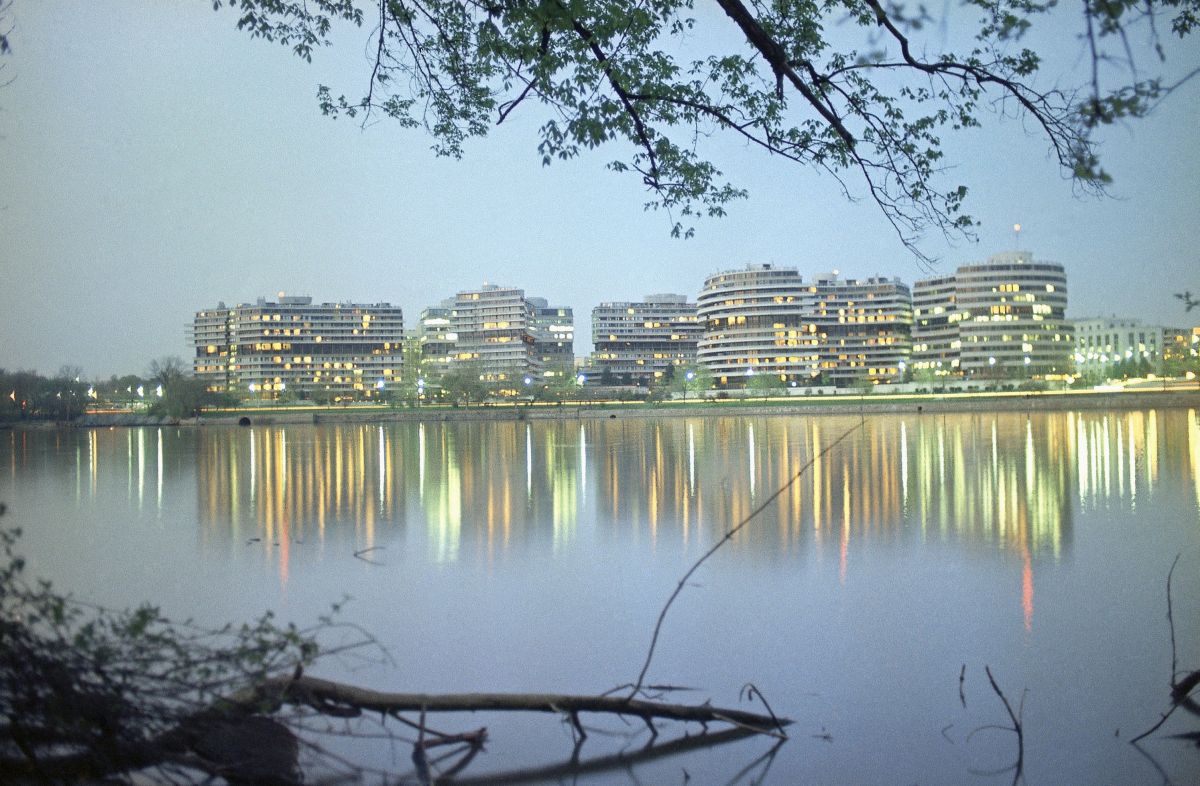 The Watergate complex in Washington D.C. at night in 1974, about two years after the break-in. (AP)

Neither Trump’s postpresidential office nor his political action committee responded to an inquiry for this article.

While the search warrant for Mar-a-Lago was not immediately released, it would have needed to go through the same process used daily by law enforcement officers to obtain evidence in criminal cases, legal experts said.

"To conduct a search like this, agents would have been required to obtain a search warrant from a federal judge, and for the judge to make a finding of probable cause," said Barbara McQuade, a University of Michigan law professor. "The judge would have reviewed a detailed affidavit setting forth the facts to establish probable cause. Probable cause means a reasonable likelihood that a crime has been committed and that evidence will be found at the location to be searched."

The filing by the Justice Department would have needed to demonstrate that "evidence of that crime would be found at Mar-a-Lago, and that the evidence would be found specifically in the safe and all the other places that were named in the warrant," said Ric Simmons, an Ohio State University law professor.

The notion of probable cause stems from the Fourth Amendment, which says such searches can only be done "upon probable cause, supported by oath or affirmation, and particularly describing the place to be searched, and the persons or things to be seized."

Although courts have not defined "probable cause" with any exact measurement, Simmons said, "most judges look for at least a 40% to 50% likelihood that a crime has occurred."

Simmons added that the degree of certainty in this case "was likely far greater, since a search of a home of a former president would have to be approved by a high-ranking Justice Department official before the warrant was even submitted to a judge, and the official would want to see an extremely strong case before giving the go-ahead for such a search."

Politico reported that on Aug. 8, two warrant applications were assigned to Bruce Reinhart, one of three federal magistrate judges in the West Palm Beach office of the U.S. District Court for the Southern District Court of Florida. Because those applications are sealed, it’s not certain that they involved the Mar-a-Lago search. There are two other magistrate judges in the office, William Matthewman and Ryon McCabe.

Federal magistrate judges are not confirmed by the Senate and serve for fixed terms, with the possibility of reappointment, rather than for life. Senate-confirmed judges are higher in the judicial pecking order than magistrate judges. "They handle a lot of legal tasks like arraignments, discovery disputes, and signing warrants," Simmons said.

Though Senate-confirmed judges can also issue search warrants, asking a magistrate judge for a search warrant would not be unusual, legal experts said.

Generally speaking, "agents go to whatever magistrate judge is on duty at the time they want to submit the warrant application," said William Otis, an adjunct law professor at Georgetown University, a former federal prosecutor and special counsel to then-President George H. W. Bush.

"Magistrate judges are not political appointees," Otis said. "They are selected by the chief U.S. district judge in that district, in consultation with all the other judges there, generally meaning that the choice has to be by consensus."

Ilya Somin, a George Mason University law professor, said that "civil libertarians have a reasonable, longstanding complaint that it is often too easy for law enforcement to get a warrant. But at least there is some due process here, whereas in Watergate there obviously was none."

Text of the Fourth Amendment

Email interview with James D. Robenalt, attorney with the firm Thompson Hine LLP and expert on the legal history of Watergate, Aug. 9, 2022