Doug Jones
stated on November 30, 2017 in a campaign ad:
"In a 2014 case involving a man convicted of abusing two underage girls, Judge Roy Moore disagreed and wrote the dissenting opinion."

Moore called on stations airing the ad to pull it, saying it "blatantly misrepresents the facts and my judicial record."

The ad speaks of three cases from Moore’s days on the Alabama State Supreme Court. Here’s the full text from the ad, although this fact-check focuses only on the first case from 2014.

In a 2015 case involving a man who pleaded guilty to raping an underage girl, Roy Moore dissented again.

And Roy Moore was the only Supreme Court justice who sided with a felon convicted of sexual abuse of a child at a daycare center.

On television, the visuals are important. Here’s what viewers saw. 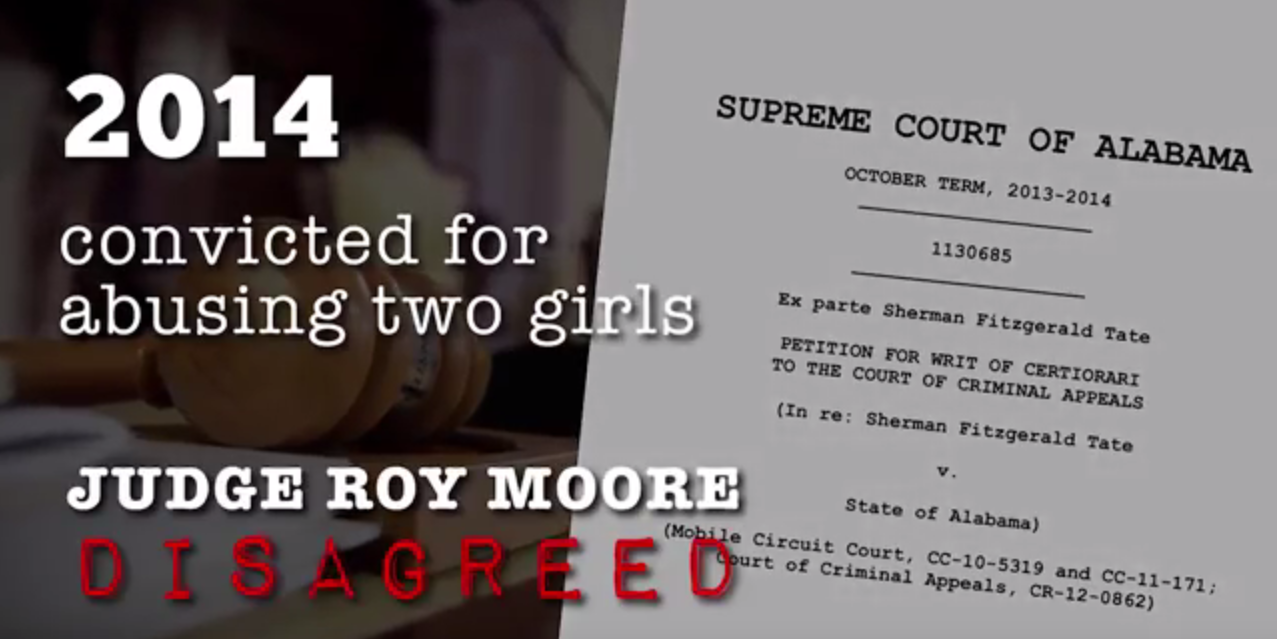 In one of the most reliably Republican states, Moore has been fighting headwinds after multiple reports that he made sexual advances on young women under 18 when he was in his 30s. The Jones attack ad plays to that issue.

In the 2014 case, Jones misappropriated technical elements of the legal saga to leave voters with the wrong idea.

In 2010, Sherman Fitzgerald Tate, then in his mid 30s, worked as a mentor with the Youth Advocate Program at Pointe Academy in Mobile, Ala. The court-funded program aimed to help troubled teens. A security camera recorded Tate bringing two 15-year-old girls into a conference room. He was not their assigned mentor. There was no tape of what took place inside the room. The two girls accused him of coercing them to touch him and each other sexually.

Tate was convicted on two counts of second-degree sodomy.

Eric Toney
stated on September 9, 2021 in News release
Says he “is the only candidate in the Wisconsin Attorney General race with experience as a prosecutor.”

His lawyer wanted to bring in testimony that the two girls had a romantic relationship with each other and that Tate had told one of the girls’ mother about it. That information would, the lawyer said, give the girls a reason to invent a charge against Tate.

But under Alabama law, victims of sexual assault are shielded from any exploration of their past sexual activity, because it could bias a jury against them. This is a fundamental principle that holds in many states. The trial judge blocked the testimony and an appeals court agreed.

Tate’s lawyer brought the issue to the state supreme court. The majority of the justices, five, declined to hear the case. Moore and two other justices disagreed.

In his dissent, Moore basically argued that courts in Massachusetts, Mississippi, Colorado and elsewhere had allowed similar evidence in certain cases and there was a reasonable argument that the facts in Tate’s case "would make the proposed cross-examination relevant to show that the victims had possibly fabricated the charges against Tate."

The key line in Moore’s dissent, however, is the last one: "I believe that we should resolve this material question of first impression." In other words, Moore's dissent was about resolving the legal question for future cases.

A matter of law

We reached several experts in appellate law and all of them agreed that Moore was only arguing that the court should hear the case.

"He was saying there’s a decent legal issue in the case that the court ought to resolve," David Moran at the University of Michigan Law School. "It read like a perfectly reasonable dissent, and it would be grossly unfair to attribute anything to him based on a dissent from a denial of review."

Peter Smith at George Washington University Law School agreed, saying that at that point in the process, Moore was not challenging the case itself against Tate, but the legal issue of what testimony was admissible.

"In theory, if the court had heard the case, he could have ruled against the guy," Smith said.

Smith said Moore was telegraphing some sympathy for Tate’s position, but again, this dissent alone did not amount to disagreeing with Tate’s conviction.

The other two cases

The 2015 case involved second-degree rape and like the charges against Tate, the issue was whether the sexual activity of the victim should have been presented at the trial. Moore and two other justices joined in saying the court should decide the matter.

Moore took issue with the second count, arguing that there was no evidence of an implied threat of serious physical injury or death in the case. The matter was made more complicated because the offender was under 18, which put him in a gray zone under state law. Moore argued that the court was going beyond what lawmakers had written.

That’s not what he said. He disagreed with the court’s decision not to consider a legal question of admissible evidence. Several independent law professors told us that Moore raised a valid point that was legally separate from the underlying conviction in the case.

The ad leaves out critical context that gives a highly misleading impression. We rate this claim Mostly False. 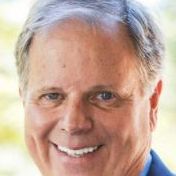 Supreme Court of Alabama, Petition for writ of certiorari to the Court of Criminal Appeals (Tate v. State of Alabama), June 6, 2014