Corey Lewandowski
stated on July 13, 2017 in an NBC interview:
Says "Donald Trump was doing a rally in the state of Florida" the day Trump's son and others met with a Russian lawyer in New York.

The timeline around this meeting is key because a central line of questioning for investigators probing possible connections between the Trump campaign and the Russian government could likely be what did Donald Trump know about the meeting, and when did he know it?

In an appearance on NBC’s MTP Daily, Trump’s campaign manager at the time recalled traveling with the candidate on June 9, 2016, for a Trump rally in Florida.

"What I do remember on that particular day was that was a day that Donald Trump was doing a rally in the state of Florida, so I traveled with the president that day," Corey Lewandowski said July 13, 2017.

Was Trump in Florida on June 9, 2016, the day his son, Donald Trump Jr., and others met with a Russian lawyer in New York?

Trump was in New York. Trump attended a fundraising lunch at the Four Seasons in New York before spending the rest of the day at Trump Tower.

He also engaged in a Twitter feud that day with Clinton.

That morning he took to Twitter and called Clinton "Crooked Hillary," saying his Democratic rival would be a "disaster" on everything from the economy to the military to health care.

The barbs continued throughout the day, with Trump lashing out at President Barack Obama over his endorsement of Clinton.

"Obama just endorsed Crooked Hillary. He wants four more years of Obama — but nobody else does!" Trump tweeted.

Trump then fired back: "How long did it take your staff of 823 people to think that up — and where are your 33,000 emails that you deleted?"

According to a schedule of Trump’s rallies released by NBC, Trump held no rally on June 9, and he did not appear for a Florida rally until June 11 — two days after Trump Jr., then-campaign chairman Paul Manafort and Trump’s son-in-law Jared Kushner met at Trump Tower with the Russian lawyer.

The date of Trump’s Florida rally is backed up by a Tampa Bay Times photo taken at the Tampa Convention Center in downtown Tampa on Saturday, June 11, 2016. 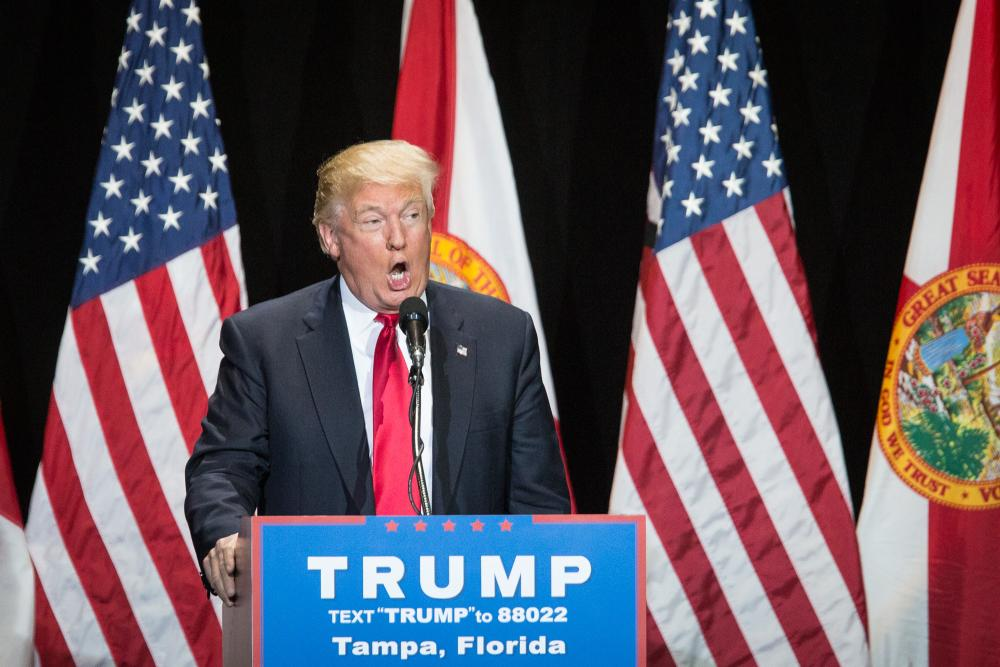 Lewandowski said "Donald Trump was doing a rally in the state of Florida" the day his son and others met with a Russian lawyer in New York.

Trump was in New York on June 9 and spoke at a fundraiser before returning to Trump Tower.

PolitiFact Rating:
False
Says "Donald Trump was doing a rally in the state of Florida" the day Trump's son and others met with a Russian lawyer in New York.
Corey Lewandowski
Former Trump Campaign Manager

Trump and Russia, Clinton and Ukraine: How do they compare?

The possible ties between Trump and Russia, explained

5 questions about opposition research and Russia