Dianne Feinstein
stated on November 6, 2017 in a tweet:
"Teachers spend $1.6 BILLION per year on school supplies. The Republican tax bill ELIMINATES their ability to deduct those expenses."

As congressional Republicans tout the benefits of their party’s tax proposal, Democratic lawmakers are trying to pick the bill apart, provision by provision.

Sen. Dianne Feinstein, D-Calif., took aim at one specific element of the bill that is of interest to many K-12 teachers.

"Teachers spend $1.6 BILLION per year on school supplies. The Republican tax bill ELIMINATES their ability to deduct those expenses," Feinstein tweeted on Nov. 6.

Teachers spend $1.6 BILLION per year on school supplies. The Republican tax bill ELIMINATES their ability to deduct those expenses.

She’s referring to a provision in the tax code that allows teachers to deduct eligible, unreimbursed classroom spending up to $250. The provision was expanded and made permanent in December 2015.

The tax bill unveiled by House Republicans would have scrapped the deduction.

The California Democrat has a point in her tweet, though we found two elements of it that are worthy of some caution. 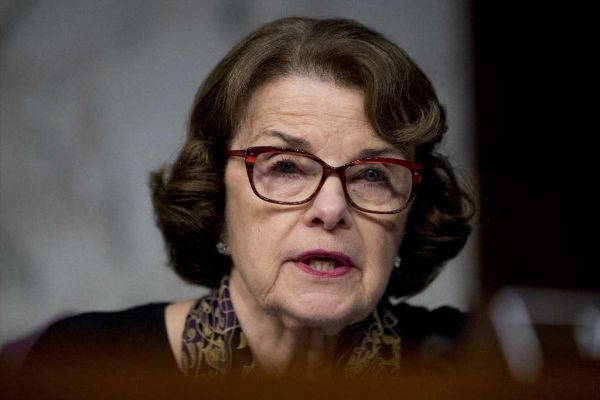 The $1.6 billion figure stems from a study by the National School Supply and Equipment Association. The study found that "on average, teachers reported spending about $149 of their own money on school supplies, $198 on instructional materials, and $138 on other classroom materials for a total of $485 in the 2012-2013 school year."

Note the time frame: The study goes back five years.

To be fair, there has been at least one more recent survey along these lines, from 2016 by a group called AdoptAClassroom.org. This study offers a higher figure for out-of-pocket classroom spending by teachers -- $600 a year.

But if Feinstein had used the $600 figure, she would worsened the second, and more significant, problem with her tweet.

Not all of the money spent by teachers is tax-deductible

As we noted above, the limit for deducting unreimbursed classroom expenditures is $250 per teacher. So of that $485 spent out-of-pocket by the average teacher, $235 would not be deductible. (Teachers who itemize also can deduct more than that, but only if the out-of-pocket amounts are especially large, meaning few would qualify to do so.)

If you adjust the calculation to take that into account, the approximate value of the lost deduction would be $825 million, not the $1.6 billion Feinstein cited in her tweet.

Feinstein’s office said they sent out a subsequent tweet that provided some more specificity. That tweet said, "The average teacher spends $500 per year on school supplies. Republican plan says they can't deduct even $250 from their tax bill. Terrible!"

The average teacher spends $500 per year on school supplies. Republican plan says they can't deduct even $250 from their tax bill. Terrible!

For what it’s worth, that tweet sent about three hours later attracted only a fraction of the attention the earlier tweet received -- 4,600 retweets and 8,600 likes.

Is the deduction being taken?

Finally, we should note that the $825 million figure is a maximum amount that could theoretically be deducted. In reality, not every teacher who qualifies for this deduction takes advantage of it, for whatever reason.

She has a point that the GOP plan would get rid of the existing deduction for out-of-pocket classroom expenses for teachers. But the tweet overstates the value of the deduction in two ways -- first, because only a portion of that amount can actually be deducted under the law, and second, because not all teachers use the deduction.

CORRECTION, Nov. 7, 2017, 7:30 p.m.: After this article was published, several readers informed us that teachers do not have to itemize to benefit from this deduction. Any qualified teacher can reduce their taxable income by $250 off the top, whether they itemize or not. Some teachers with very large out-of-pocket expenses may be able to deduct additional amounts if they itemize. We have changed the article to reflect this. The rating remains the same.

National School Supply and Equipment Association, "NSSEA Study Finds Teachers Spend $1.6 Billion of Their Own Money on Educational Products for their Classrooms," June 26, 2013