Matt Schlapp
stated on June 15, 2018 in in an interview:
The Trump administration’s policy of separating families is "the same way Barack Obama did it."

In this photo provided by U.S. Customs and Border Protection, people who’ve been taken into custody related to cases of illegal entry into the United States, sit in one of the cages at a facility in McAllen, Texas, June 17, 2018. (via AP)

Critics of the Trump administration’s separating of families illegally crossing the U.S. border with Mexico have characterized the practice as a distinctly cruel feature of Donald Trump’s presidency.

But some Republican commentators argue the policy is essentially a continuation of previous administrations.

While the Obama administration's immigration approach was not without controversy, it’s simply untrue to say he had a policy of separating families.

Let’s recap what the Trump administration is doing, before turning to Obama’s handling of immigration.

A good number of these people are adult migrants traveling with children. By law, when adults are detained and criminally prosecuted, their children cannot be housed with them in jail. Instead, kids are placed in a Department of Health and Human Services shelter until they can be released to a legal guardian.

Some 2,000 children have been separated from the adults they were traveling with across the U.S. border, according to the latest figures from the Department of Homeland Security. The children were separated from 1,940 adults from April 19 through May 31 as a result of border-crossing prosecutions.

Immigration experts we spoke to said Obama-era policies did lead to some family separations, but only relatively rarely, and nowhere near the rate of the Trump administration. (A Department of Homeland Security spokeswoman said the Obama administration did not count the number of families separated at the border.)

"Obama generally refrained from prosecution in cases involving adults who crossed the border with their kids," said Peter Margulies, an immigration law and national security law professor at Roger Williams University School of Law. "In contrast, the current administration has chosen to prosecute adult border-crossers, even when they have kids. That's a choice — one fundamentally different from the choice made by both Obama and previous presidents of both parties."

Denise Gilman, a law professor who directs the immigration clinic at the University of Texas School of Law, said immigration attorneys "occasionally" saw separated families under the Obama administration.

"However, these families were usually reunited quite quickly once identified," she said, "even if that meant release of a parent from adult detention."

In Trump’s case, family separations are a feature, not a bug, of the administration’s border policies, said David Fitzgerald, who co-directs the Center for Comparative Immigration Studies.

"The family separations are not the small-scale collateral consequences of a border policy, but rather, a deliberate initiative," he added.

Former Obama officials in recent interviews drew sharp distinctions between Trump’s policy and that of his predecessors.

The Trump administration's current approach is modeled after Operation Streamline, a 2005 program under the administration of George W. Bush, according to Obama spokesman Eric Schultz. The key difference, he said, is that while the 2005 program referred all illegal immigrants for prosecution, it made exceptions for adults traveling with children.

Jeh Johnson, Obama’s Homeland Security secretary from 2013 to the end of his presidency, said such separations occurred in rare cases, but never as a matter of policy.

"I can't say that it never happened. There may have been some exigent situation, some emergency," Johnson told NPR June 9. "There may have been some doubt about whether the adult accompanying the child was in fact the parent of the child. I can't say it never happened — but not as a matter of policy or practice. It's not something that I could ask our Border Patrol or our immigration enforcement personnel to do."

Obama’s top domestic policy adviser, Cecilia Muñoz, said the Obama administration briefly weighed the separation of parents from children, before deciding against it.

"I do remember looking at each other like, ‘We’re not going to do this, are we?’ We spent five minutes thinking it through and concluded that it was a bad idea," she told the New York Times. "The morality of it was clear — that’s not who we are."

Andrew Selee, president of the Migration Policy Institute, said that, as a deterrent, the Obama administration began prosecuting border-crossers who had already been deported at least once.

"But very few of those people crossed with children, so it didn’t become as visible an issue," he said. "There was some child separation and some pushback by immigrant advocacy groups around that, but the numbers were quite limited.

"The idea of prosecuting people who cross the border illegally the first time they are caught is entirely new," he added. "So we haven’t seen children separated from their parents on anything near this scale before."

The Obama administration’s immigration policy was not without controversy, to be sure.

In 2014, amid an influx of asylum seekers from Central America, the administration established large family detention centers to hold parents and children — potentially indefinitely — as a means of deterring other asylees. The practice eventually lost a legal challenge, resulting in a 2016 decision that stopped families from being detained together.

Schlapp told us that his claim referred to the fact that both Obama and Trump are bound by the same procedures prohibiting family detention.

Schlapp said the Trump administration’s policy of separating families is "the same way Barack Obama did it."

Obama’s immigration policy specifically sought to avoid breaking up families. While some children were separated from their parents under Obama, this was relatively rare, and occurred at a far lower rate than under Trump, where the practice flows from a zero tolerance approach to illegal border-crossings. 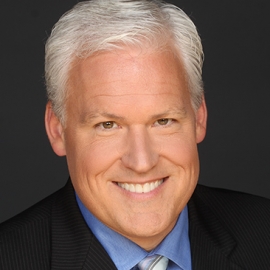 Email interview with Denise Gilman, law professor and director of the immigration clinic at the University of Texas School of Law, June 18, 2018

Email interview with David Shirk, a fellow at the Mexico Institute of the Woodrow Wilson International Center for Scholars, June 18, 2018