Letitia James
stated on April 23, 2019 in a news conference:
"The enumeration clause speaks to the count of every individual, and not just Americans, not just citizens."

The Trump administration’s plan to ask about citizenship on the 2020 Census survey form has New York and other states with high immigrant populations worried the question will result in a significant undercount, something the Census Bureau has said would happen. The concern is that many undocumented immigrants, fearful that declaring their status on the Census form will lead to deportation or other negative consequences, won’t respond to the Census at all.

Last week, New York brought its case to the U.S. Supreme Court that an undercount would deprive them of federal funds and representation in Congress. The predicted undercount was discussed during oral arguments on April 23 in Department of Commerce v. New York.

Afterward, outside the courthouse, New York Attorney General Letitia James said that an accurate count of everyone living in a state, not just U.S. citizens, is required under the Constitution.

"The enumeration clause speaks to the count of every individual," James said. "And not just Americans, not just citizens. It’s everyone."

Article 1, Section 2 of the U.S. Constitution states that an "actual enumeration" should be made every 10 years, but we wondered how that has been interpreted by the courts and the government, and whether it is clear that the Constitution mandates that every person be counted.

We approached James’ office with this question, and spokeswoman Kelly Donnelly provided copious documentation to support the attorney general’s statement.

The first piece of evidence Donnelly sent is a list of 62 facts to which both sides in the court case agree, known as a joint stipulation. The first item on the list is: "The U.S. Constitution requires the federal government to conduct a Decennial Census counting the total number of ‘persons’—with no reference to citizenship status—residing in each state."

Donnelly also sent references to several court cases that upheld this principle, including Wesberry v. Sanders, in which the U.S. Supreme Court found that apportionment must be based on inhabitants, and linked it to the Census. In another case, Federation for American Immigration Reform v. Klutznick, a three-judge panel in district court of the District of Columbia found that the plaintiffs lacked standing when they argued that non-citizens should not be counted for purposes of apportionment.

The lower court’s decision in New York v. Department of Commerce also makes this principle clear. U.S. District Judge Jesse Furman, in the Southern District of New York, wrote about the enumeration clause in his opening paragraph: "By its terms, therefore, the Constitution mandates that every ten years the federal government endeavor to count every single person residing in the United States, whether citizen or noncitizen, whether living here with legal status or without."

We also reached out to Census expert Margo Anderson, distinguished professor emerita at the  University of Wisconsin-Milwaukee, and she said that the Census’ goal of counting every person, citizen or not, is undisputed. She directed us to the Census website, which states: "The apportionment calculation is based upon the total resident population (citizens and non-citizens) of the 50 states."

The transcript of last week's oral argument in the New York case also reflects this. Justice Sonia Sotomayor said that a "maximum need" of the Census is an actual count of everyone, not collecting data on citizenship. "The enumeration is how many people reside here, not how many are citizens," she said. "That's what the Census survey is supposed to figure out." Later, Chief Justice John Roberts responded to New York Solicitor General Barbara Underwood, who argued that adding a citizenship question will depress the count.

James said that the enumeration clause of the Constitution requires a count of every individual, not only every citizen.

There are many sources that give evidence for this claim, including several court cases.

The parties in the case before the U.S. Supreme Court also agree that the Constitution requires a count of every individual.

The Census website also makes clear that every individual residing in the United States must be counted. 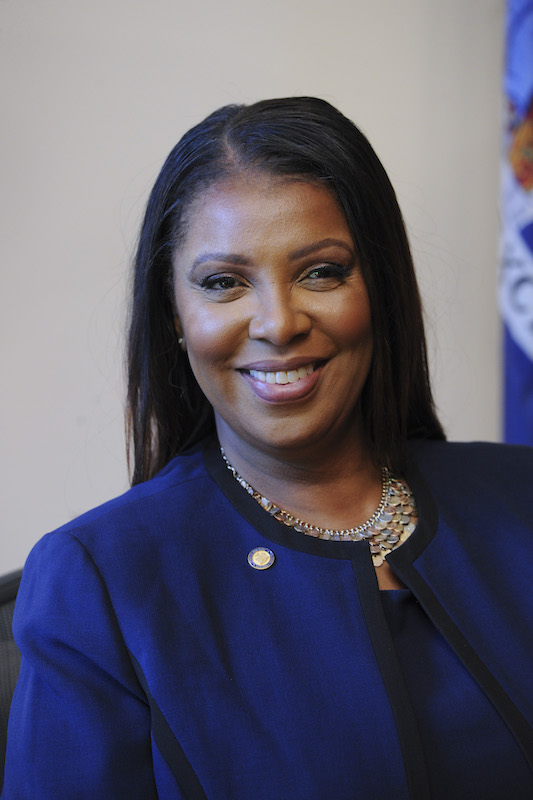 Eric Adams
stated on January 7, 2023 a radio interview:
“Fifty-one percent of our taxes are paid by 2% of New Yorkers.”