• The video that was used to back up this claim was manipulated. The event took place in Minnesota, and the banner and sign in the video had Minnesota-specific touches that were doctored out of the widely shared version of the clip.

Social media posts purported to show Democratic presidential nominee Joe Biden saying "Hello Minnesota!" to a crowd in Tampa, Fla. But the Nov. 1 posts, which sought to portray Biden as mentally unfit to run for president, rest on doctored video.

Posts such as this one shared a brief clip of Biden walking to a podium accompanied by music, in front of a banner that said, "Battle for the Soul of the Nation." Biden then tells the crowd, "Hello Minnesota!"

In the clip being shared on social media, the banner includes "Tampa, Florida" and a sign on the lectern says, "Text FL to 30330."

However, neither the Tampa label on the banner nor the "FL" suggestion for texts on the sign were present at the actual event, which was held in St. Paul, Minn., on Oct. 30. The actual banner said "Text MN to 30330," as did the sign on the lectern.

Here’s a screenshot from a Bloomberg news video of the moment captured in the social media posts. (Watch the original on YouTube.) 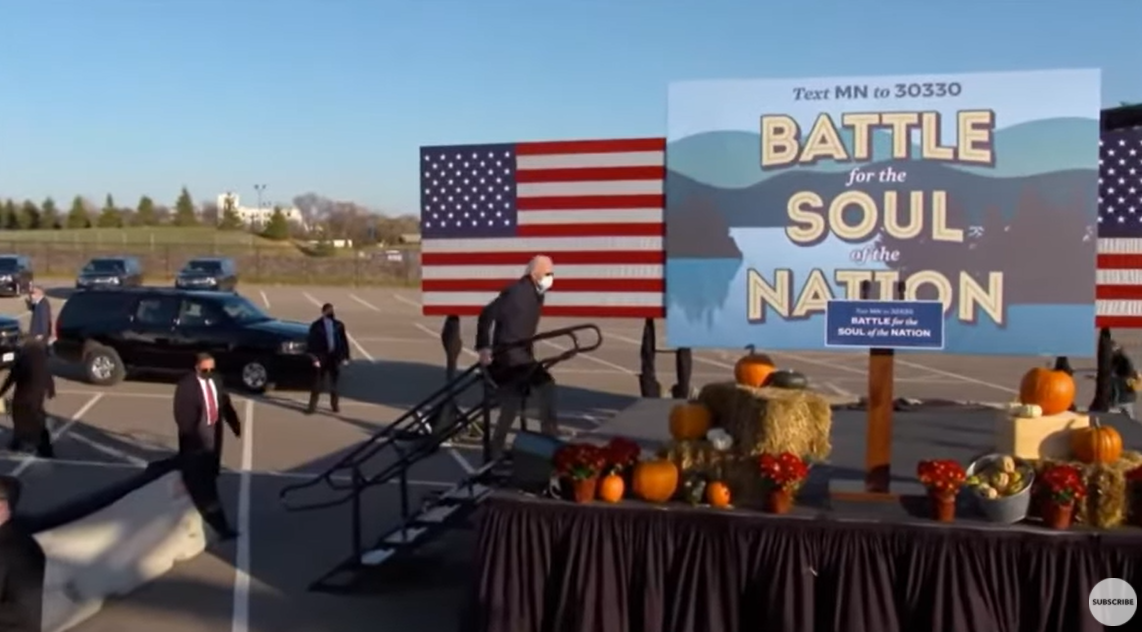 People who know anything about Florida might also have noticed the banner’s design, which features mountains receding to the horizon, a geographic feature that doesn’t exist in Florida. Oh, and the music is by Twin Cities native Prince.

Meanwhile, Biden’s Florida sign the day before was different, according to the Associated Press. 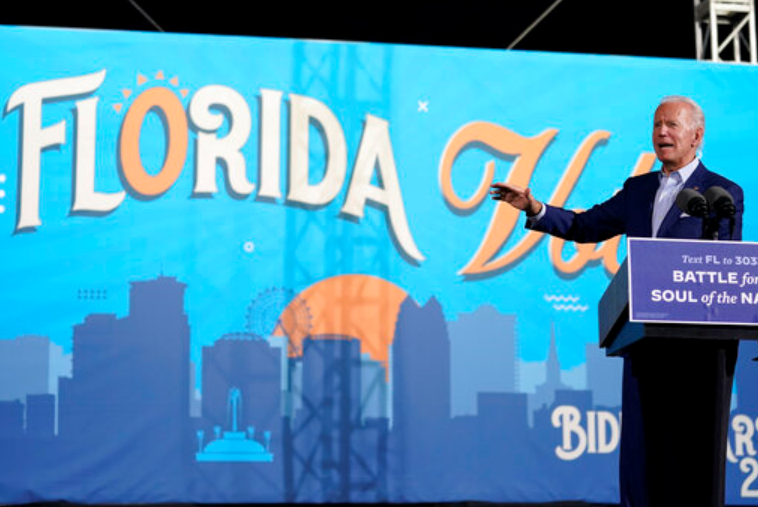 Our ruling
Social media posts said Biden told a crowd in Florida "Hello Minnesota!" However, the video used to back up this claim has been manipulated. The event took place in Minnesota, and had Minnesota specific touches that were doctored out of the widely shared clip. We rate the statement Pants on Fire.
This fact check is available at IFCN’s 2020 US Elections #Chatbot on WhatsApp. Click here for more.