The card, shared in a Facebook post, shows an image of Trump dressed in a tuxedo, with evergreens and a manger in the background, and a row of Christmas ornaments with some of Trump family members’ faces on them.

The card was also shared across Twitter, with some social media users criticizing it and others lampooning it.

But no, Virginia, this isn’t a real Christmas card. It’s a fake card bearing an image of Trump that has been suggestively doctored.

Liz Harrington, spokesperson for Trump, confirmed that the card was fake and was not put out by their team. There is an official card available for sale on the Save America website. In addition, Harrington said, Trump and his wife, Melania, will be sending out their own personal cards.

A Twitter user pointed out that the image of Trump on the fake card appears to have been taken from a photo at the state banquet at Britain's Buckingham Palace in 2019, where Trump posed alongside Queen Elizabeth II, Melania Trump, Prince Charles and his wife, Camilla, the Dutchess of Cornwall. 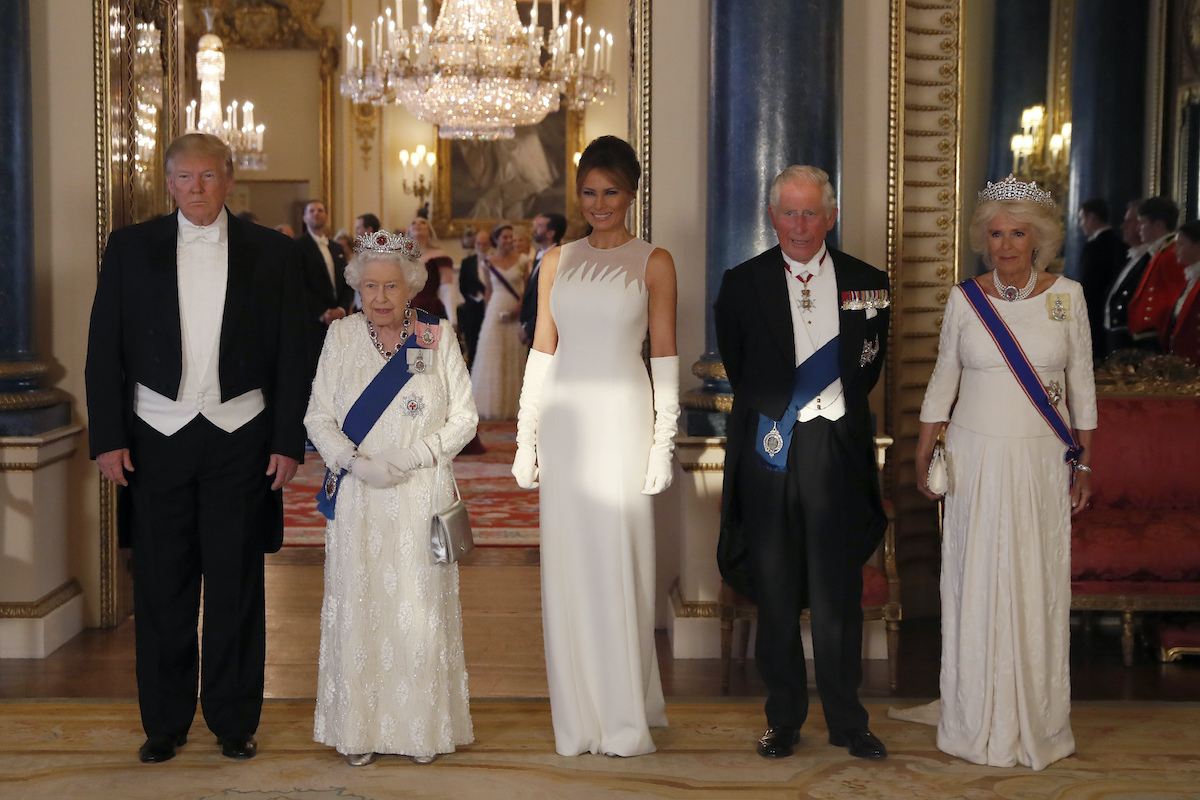 While Trump was mocked at the time for the way he looked in his formal attire, the doctored photo in the purported Christmas card takes the mocking a step further to create a sexually suggestive image. We’ll spare you the details.

This card is as fake as an aluminum Christmas tree. We rate it Pants on Fire!