Facebook posts
stated on February 16, 2021 in a Facebook post:
"The Texas power grid is not part of the US power grid because they wanted to avoid federal regulation.”

• In the 1930s, Texas energy companies opted for a power grid that didn’t cross state lines to prevent federal regulators from interfering in electrical sales.

• In the years since, Texas regulators have fought against federal oversight in major legal battles. ​

The winter blackouts that have forced millions of Texans to bear freezing temperatures without heat or power have drawn attention to the fact that Texas is the only state in the continental U.S. with its own power grid.

What could account for the Texas grid’s unorthodox layout? The answer, according to some social media users, is the state’s aversion to federal regulation.

"The Texas power grid is not part of the U.S. power grid because they wanted to avoid federal regulation," reads a Facebook post.

The continental United States is divided into three grids: an eastern grid, a western grid, and the Texas grid. The Texas grid manages more than 90% of the state’s electric load.

Is it true that a fear of federal regulation drove Texas to isolate its grid from the rest of the country? Here’s a rundown of the evidence.

Texas electric companies and energy authorities immediately sought ways to stave off federal interference under that law. To do so, they elected to keep the power grid entirely within Texas borders, creating an "electric Alamo," in the words of U.S. Circuit Judge Richard D. Cudahy. Since federal regulators had jurisdiction only over interstate sales, the gambit prevented them from subjecting Texas electrical companies to any rules. 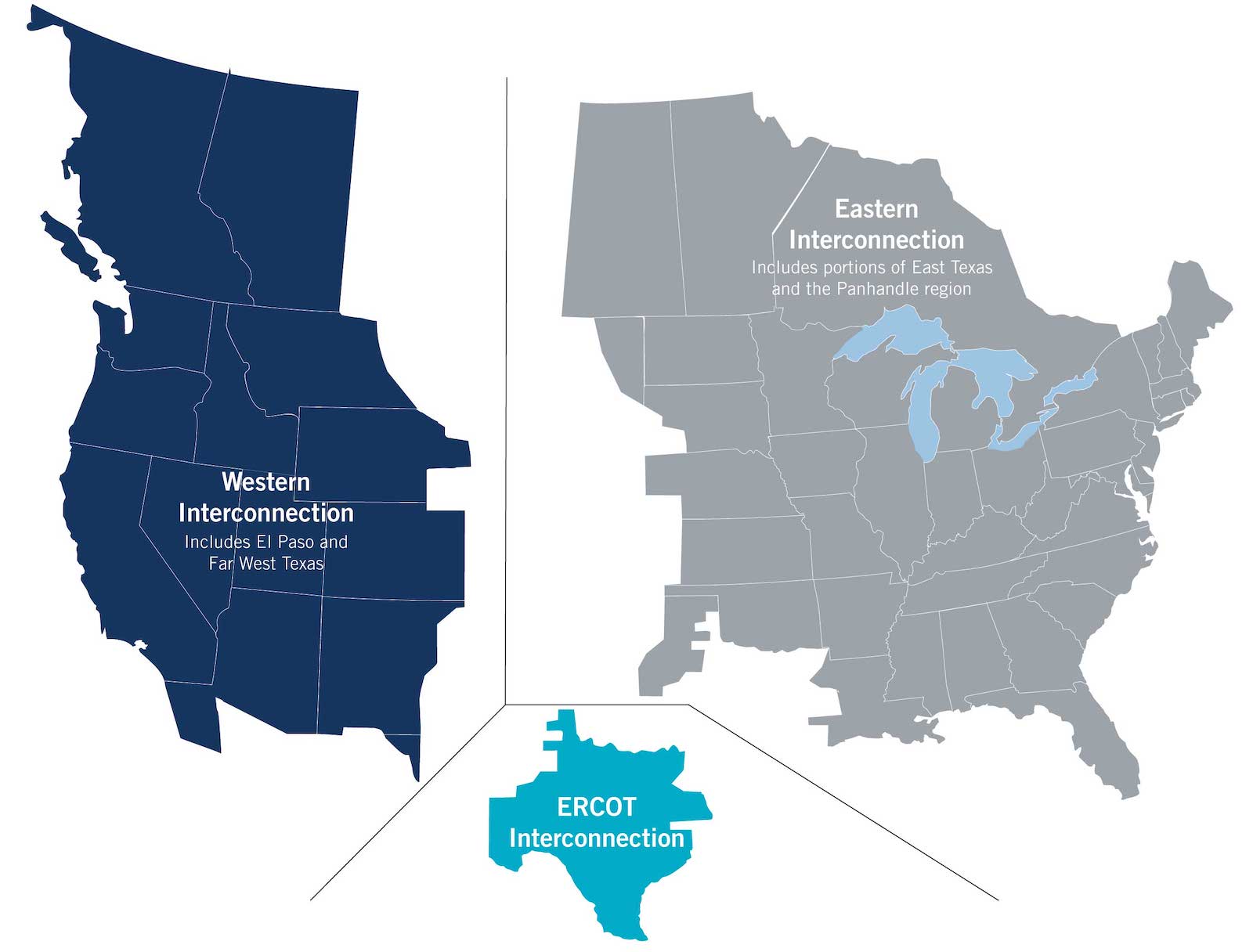 "So eager were the Texas utilities to maintain traditional Texas independence that they memorialized the policy of isolation into a written agreement, binding themselves to intrastate operation," Cudahy wrote in a 1995 account of an energy-related court battle.

This agreement formed the foundation of the electrical grid that’s still in place today.

Five years after a 1965 blackout shut down much of the Northeast U.S., the Electric Reliability Council of Texas, called ERCOT, was formed to oversee the Texas grid. ERCOT still operates the grid, which is still out of the reach of federal regulators.

Several attempts have been made to integrate the Texas grid into the broader U.S. power system. In 1976, a Texas utility company, hoping to bring the state under federal jurisdiction, allowed power to flow to another one of its properties in Oklahoma for several hours in an event known as the "Midnight Connection." The incident set off a fierce legal battle to subject Texas to federal oversight. But the case was decided in ERCOT’s favor, and the grid remained independent from the rest of the system.

ERCOT has since championed its freedom from the rest of the United States in promotional videos. The state’s energy "independence has been jealously guarded, I think both by policy makers and the industry," said Bill Magness, CEO of ERCOT, in one of the videos.

However, the freedom from regulation has also come with disadvantages.

By isolating its grid, Texas has hindered its ability to import power from either the Eastern or Western energy systems, said Carey King, assistant director of the Energy Institute at UT Austin.

ERCOT isn’t completely separate from other U.S. grids, said King. As a result of the Midnight Connection, it has two minor ties to the Eastern grid, which can be used to pipe power in during emergencies. However, this connection isn’t powerful enough to meet demand in the event of a blackout like the one that’s just occurred.

"The Texas power grid is not part of the U.S. power grid because they wanted to avoid federal regulation," reads a Facebook post.

The history of the Texas power grid backs this up. An aversion to federal regulation was one of the main reasons that Texas energy companies opted for a power grid that didn’t cross state lines.

This claim is True. ​

Texas Tribune, Texplainer: Why does Texas have its own power grid? Feb. 8, 2011

American Bar Association, The second battle of the Alamo: The Midnight Connection, Summer 1995

Facebook posts
stated on October 17, 2021 a Rumble video:
There is an “epidemic of plane crashes linked to vaccine-related strokes in pilots.”