Viral image
stated on May 26, 2021 in a social media posts and articles:
Says ATF chief nominee David Chipman was part of the 1993 assault on the Branch Davidian compound in Waco, Texas.

Days after Biden announced Chipman as his pick, the London tabloid Daily Mail posted a photograph of a man in camouflage pants, holding an assault rifle, standing in the middle of the smoking wreckage of Waco.

The caption read: "Pictured is a young Chipman, who worked as an ATF agent for 25 years, posing in the aftermath of the Waco siege where 76 Branch Davidian members and five ATF agents died."

The internet is rife with repetitions of the claim, and Chipman has received a torrent of death threats. But the evidence shows that he is not the man in the photo.

Justice Department records indicate the photo is of an FBI agent and was taken on April 19, 1993. Chipman’s travel orders show that he wasn’t sent to Waco until early May, and he was not in the FBI.

The Branch Davidians and the government raid

The Branch Davidians were a religious cult that stockpiled weapons and lived in a walled compound in Waco. In February 1993, an ATF raid to seize illegal weapons led to a shootout, followed by a protracted siege as federal and state agents, led by the FBI, encircled the property.

On the morning of April 19, 1993, federal forces advanced. A fire erupted inside the compound. Most of the men, women and children inside died.

The events in Waco became a symbol of government oppression — a symbol so powerful, it inspired the revenge bombing of a federal building in Oklahoma City two years later on April 19, 1995, that killed 168 people, including 19 children.

Where was David Chipman?

On the day of Chipman’s confirmation hearing, a Republican politician in Maine tweeted the photo saying, "We all remember Chipman’s time in Central Texas."

Let us be clear: It wasn’t him in that picture.

Chipman said so at his May 26 confirmation hearing.

He was sent to Waco, he said, but as part of an ATF investigation team, two weeks after the fire.

"I was selected, because I had no involvement in the actual case that was being examined," Chipman said.

The paper trail backs Chipman up.

The picture circulating on the Internet bears the label USAWDTX 093-01048.

That first part of that label tracks the photo back to the U.S. Attorney’s Office for the Western District of Texas.

The Justice Department shared the photo, along with many others, as part of both proceedings.

Former Dallas Morning News reporter Lee Hancock covered the entire Waco story for over a decade. She found a read-only CD in her files marked with the Justice Department’s seal and the words "90 photos of HRT During Waco standoff through 4/19/1993." 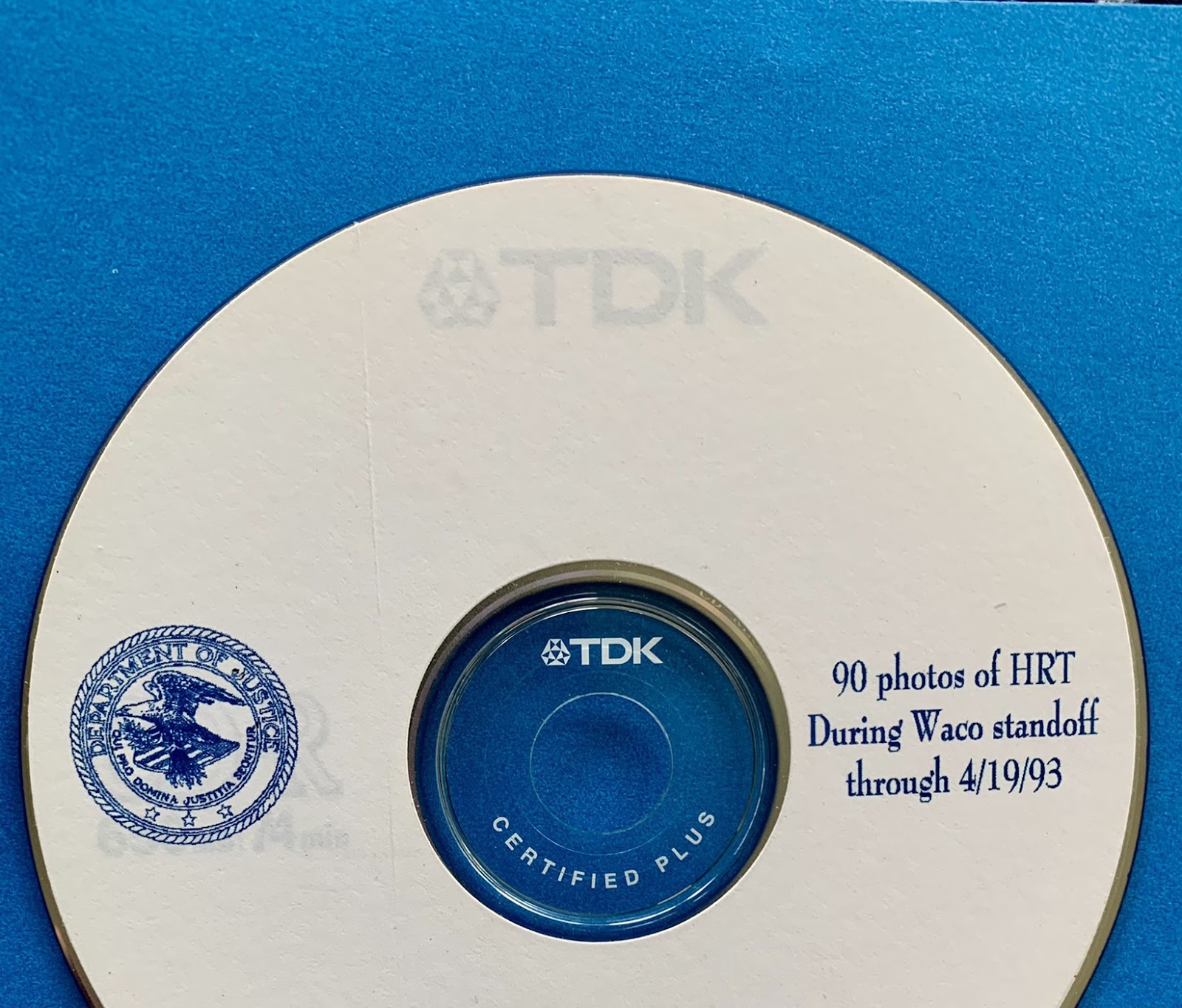 A Justice Department CD with photos from the Waco siege. (Lee Hancock)

It is one of the Justice Department’s archives of photos from the siege, produced for the 2000 civil lawsuit.

"HRT is the FBI’s Hostage Rescue Team," Hancock told PolitiFact. "They were a tactical unit on the scene, some of them as negotiators, and some as sharpshooters, all the way through."

The photo in question is stored on that disk. 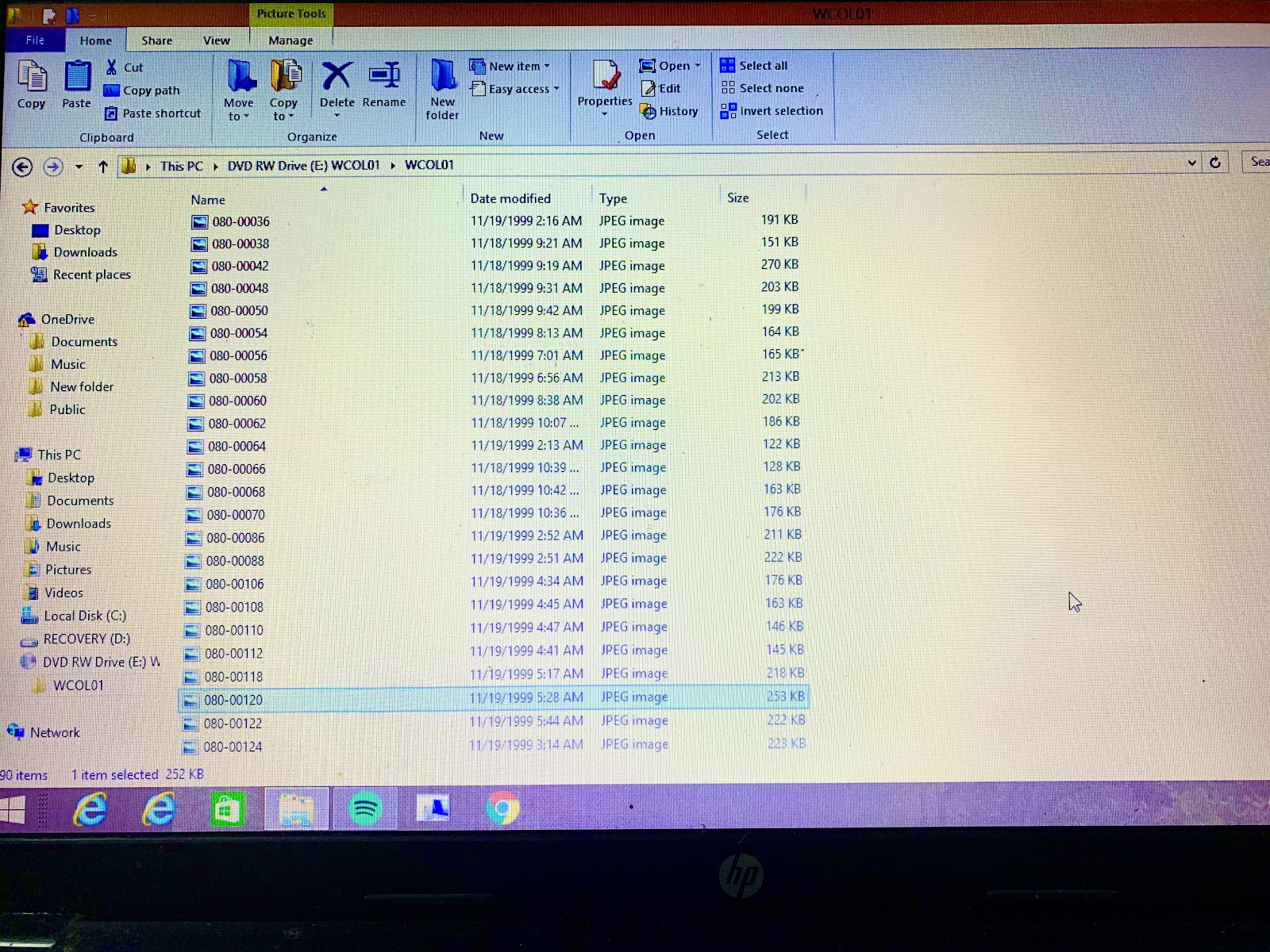 The file index on the Justice Department CD of Waco photos. (Lee Hancock) 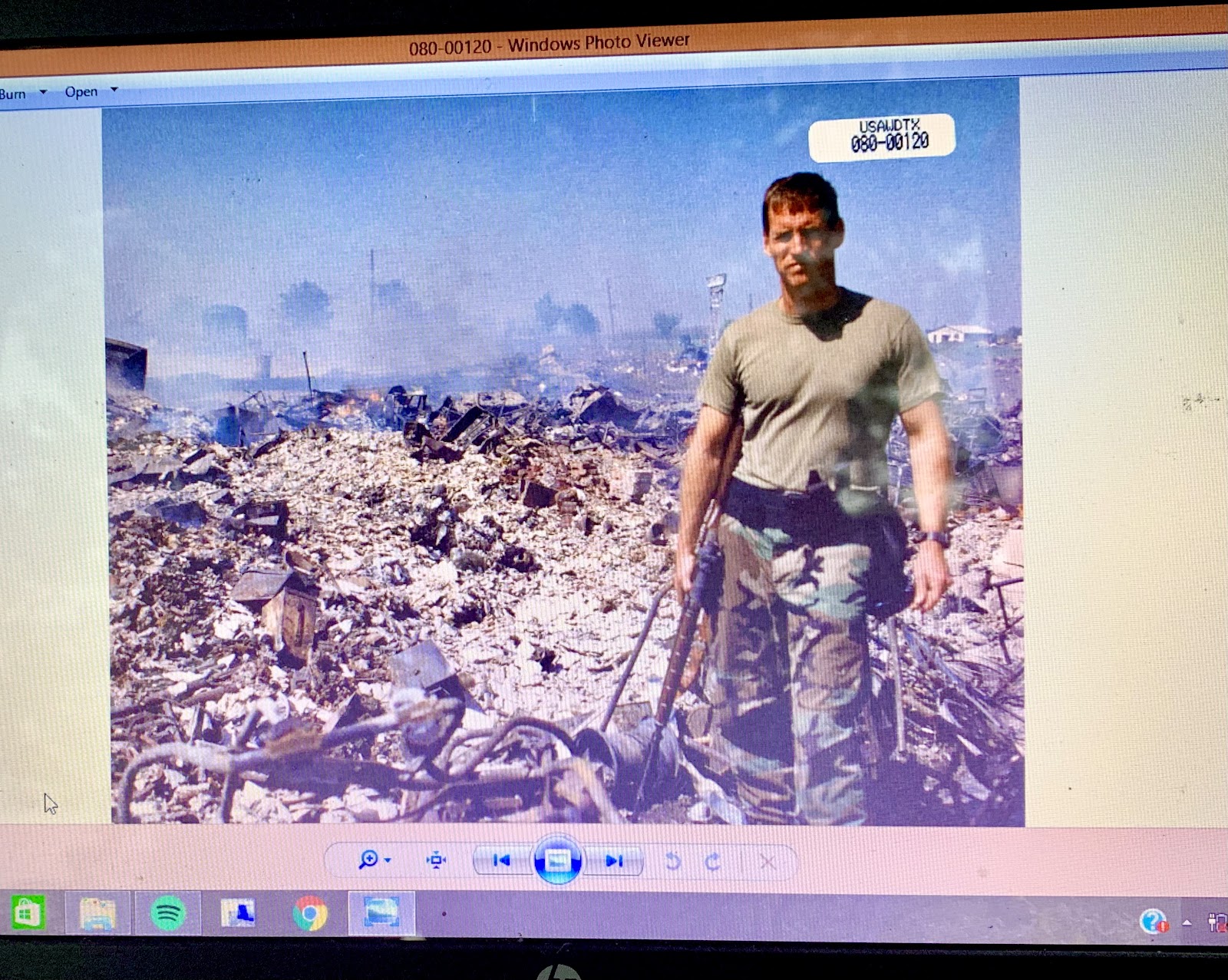 The photo of an FBI agent on the Justice Department CD of Waco photos. (Lee Hancock)

The label differs from the one on the photo posted by the Daily Mail because it was for the second trial, not the first. But otherwise, it’s the same photo.

The man in the picture, whom we weren’t able to identify, was with the FBI’s Hostage Rescue Team. Chipman was with the ATF, so he can’t be the one in the photo.

In 2012, one of the leading critics of the FBI action, independent investigator and documentary maker Mike McNulty, described this and two other photos taken in the same spot at the same time as, "The spirit of the FBI HRT during the Waco experience can be seen in the following pictures of three of the ‘Snipers’ posing in these ‘trophy’ shots."

One of the men in the other photos is wearing an FBI armband.

One final detail: From the date printed on the Justice Department CD, along with the smoke rising from the ruins, the photo can be dated to April 19, 1993.

On that day, Chipman, who was stationed at the ATF field office in Norfolk, Va., received a fax from the ATF associate director directing him and four other ATF agents to get to Waco by May 2. 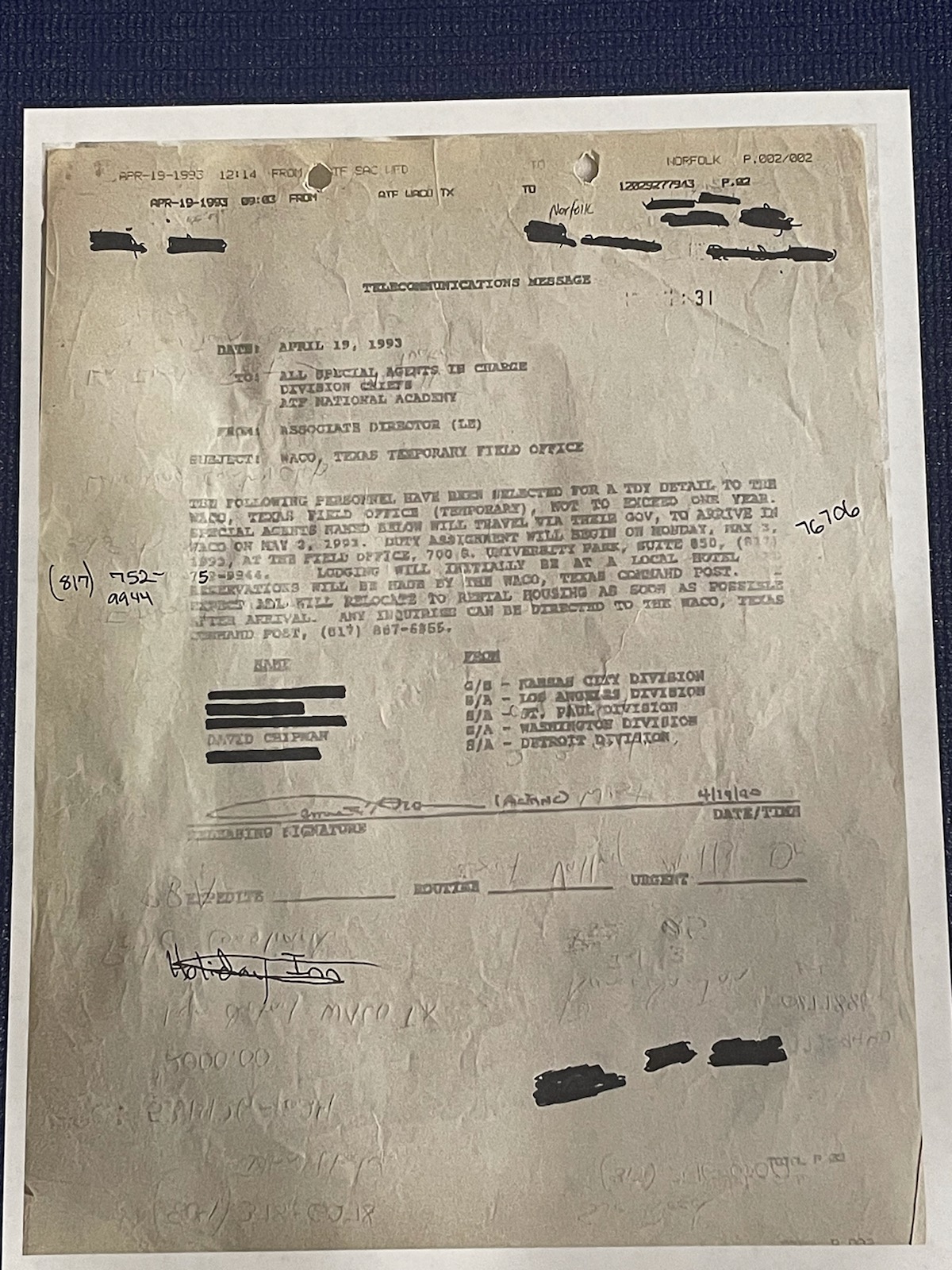 Will Fite, a regional director with the National Association of Gun Rights tweeted the photo April 8, saying "This is the man who Joe Biden just nominated to lead the ATF standing on the rubble and ashes of the Americans the ATF burned alive in Waco."

Larry Keane, the chief lobbyist for National Shooting Sports Foundation, an industry trade group, repeated the Daily Mail’s claim in a GunGuyTV post, and reminded readers that the dead at Waco "were Americans, some innocent children."

Multiple tweets, blog posts and articles assert that Chipman is the man in the photo of a government agent standing in the rubble of the Waco siege.

Government filings prove that the photo dates from April 19, 1993, and that the man was a member of the FBI Hostage Rescue Team.

The man in the photo is not Chipman.

Daily Mail, REVEALED: Biden's nominee for ATF head is an anti-gun lobbyist who was at the Ruby Ridge standoff and Waco massacre, April 11, 2021

GunGuyTV, Here’s why David Chipman is a terrible choice for ATF Director, April 14, 2021

Qxir, The FBI's Most Controversial Operation, May 8, 2020