Joe Biden
stated on June 1, 2021 in a speech in Tulsa, Okla.:
"Two members of the Senate," Joe Manchin and Kyrsten Sinema, "voted more with my Republican friends" than with the president from their own party.

President Joe Biden speaks as he marks the 100th anniversary of the Tulsa race massacre on June 1, 2021, in Tulsa, Okla. (AP)

• Sens. Joe Manchin and Kyrsten Sinema support the continued use of the Senate’s filibuster rule. This stance imperils the prospects for key elements of Biden’s agenda.

• However, on actual votes taken in the Senate, both Manchin and Sinema supported Biden’s position 100% of the time.

In a speech marking 100 years since a race massacre in Tulsa, President Joe Biden gave a rhetorical nudge to two senators he’d like to see greater support from.

"June should be a month of action on Capitol Hill," Biden said in Tulsa on June 1. "I hear all the folks on TV saying, ‘Why doesn’t Biden get this done?’ Well, because Biden only has a majority of effectively four votes in the House and a tie in the Senate, with two members of the Senate who vote more with my Republican friends. But we’re not giving up."

Biden didn’t specify which Democratic senators he had in mind, and the White House didn’t respond to an inquiry for this article. But observers widely assumed that he was referring to Joe Manchin of West Virginia and Kyrsten Sinema of Arizona, whose words and positions have not always been in lockstep with Biden’s. 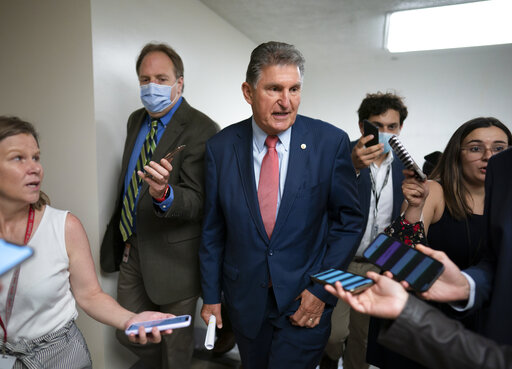 Manchin effectively killed the nomination of Neera Tanden to be director of the Office of Management and Budget by signaling that he would not vote to confirm her, and he flexed his muscle in the crafting of Biden’s relief package, first by voicing concerns about a national $15 hourly minimum wage (a hike that never made the final bill) and then by delaying the measure for hours over the scope of unemployment benefits. Manchin did, however, vote for the bill in the end.

However, in his Tulsa remarks, Biden was wrong to say that Manchin and Sinema — or any other Senate Democrat, for that matter — "voted more" with Republicans than with Biden.

Alexandria Ocasio-Cortez
stated on December 20, 2021 in an interview on MSNBC's "Morning Joe"
“I represent more, or just as many or more, people than Joe Manchin does.”

According to FiveThirtyEight vote tallies through May 28, both Manchin and Sinema have voted 100% with Biden. That’s not only a perfect score, but it’s a slightly higher party unity score than the ones earned by a number of liberals, including Sens. Bernie Sanders of Vermont and Elizabeth Warren of Massachusetts. 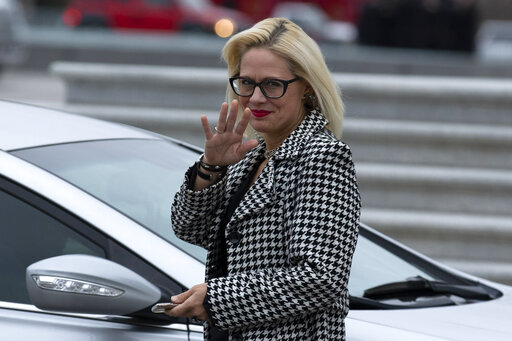 "There is absolutely no way those two are voting more with Republicans" than with Biden, said Utah State University political scientist Josh Ryan, a specialist in Congress.

Biden said that two senators — Manchin and Sinema — "voted more with my Republican friends" than with the president from their own party.

Manchin and Sinema support continued use of the filibuster, a position that imperils key elements of Biden’s agenda. Manchin also defied Biden on one cabinet nomination and on aspects of the president’s coronavirus relief bill.

But on actual votes taken in the Senate, both Manchin and Sinema supported Biden’s position 100% of the time. We rate the statement Mostly False.

FiveThirtyEight, "Does Your Member Of Congress Vote With Or Against Biden?" updated May 28, 2021

CNN, "Joe Biden said two Democratic senators vote with Republicans more than their own party. Is he right?" June 2, 2021