Viral image
stated on June 2, 2021 in a Facebook post:
“Tim Tebow says he is wearing #85 to honor his former friend/teammate and fellow TE Aaron Hernandez, who passed away in 2017.”

The NFL’s Jacksonville Jaguars recently signed 33-year-old hometown hero Tim Tebow as a tight end, and the former quarterback and newly retired baseball player has been photographed in his new jersey, No. 85.

A rumor spreading on social media claims that Tebow is wearing that number in honor of Aaron Hernandez, his college teammate and former New England Patriots tight end  who was convicted of murder and committed suicide in prison.

"Tim Tebow says he is wearing #85 to honor (his) former friend/teammate and fellow TE Aaron Hernandez, who passed away in 2017," the post says.

There’s no evidence that this is true.

We reached out to Tebow via his website but didn’t immediately hear back. 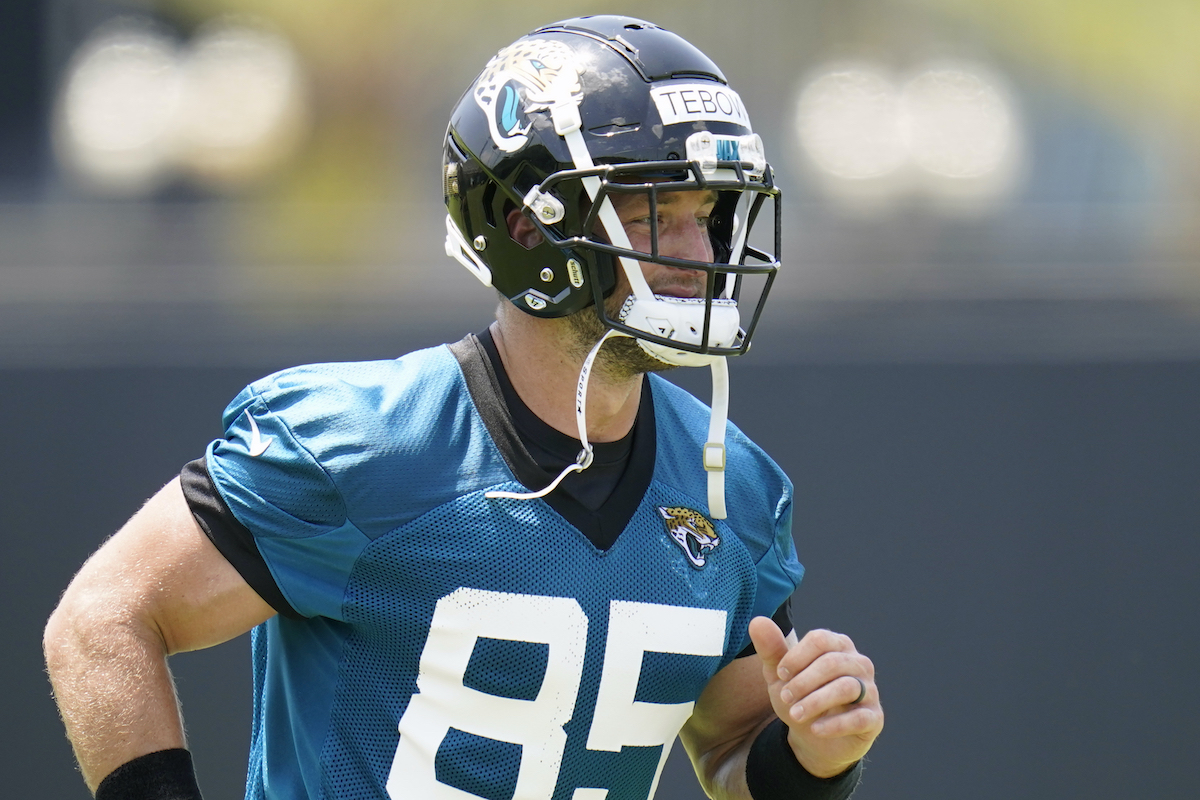 The Heisman Trophy winner quarterbacked for the Denver Broncos and New York Jets about a decade ago. He also played at the University of Florida with Hernandez, and he called the murder charge against him "heartbreaking and sad."

Instagram posts
stated on June 13, 2021 in an Instagram post
Says professional soccer player Christian Eriksen received the Pfizer vaccine days before he collapsed during a game.

Tebow wore No. 15 in college, and he kept that number as a quarterback on the Broncos and Jets.

This year, the NFL relaxed its rules that governed which positions were eligible for certain jersey numbers, so that tight ends can be assigned any number from 1 to 49, or 80 to 90, as long as it’s not already taken. But No. 15 was not available on the Jaguars, because their quarterback uses it.

Sports Illustrated reported on May 20 that the Jaguars assigned 85 to Tebow, noting that the number is "a typical number for a tight end."

When he was a rookie tight end for the Patriots, Hernandez was issued No. 46. He then switched his jersey number to 85 after it became available when another tight end was released from the team. Hernandez switched numbers again and played his final two seasons in 2011 and 2012 wearing a No. 81 jersey.

We found no credible sources to corroborate the claim that Tebow is wearing No. 85 as a nod to Hernandez.

On May 20, a Twitter account for "Barry McCockiner," which Fox Sports Radio once described as a "satirical prankster" who "continues to dupe some of the biggest names in sports broadcasting," tweeted that Tebow was wearing No. 85 to honor Hernandez.

"I understand Aaron killed people, but as long as he said he was sorry for it, that’s good enough for me," the account quoted Tebow as saying.

There’s no evidence that Tebow actually said this, or that he’s wearing No. 85 for Hernandez.

The Washington Post, The eight most striking details from the Aaron Hernandez series on Netflix, Jan. 15, 2020

ESPN, Tim Tebow has another top-selling jersey with Jacksonville Jaguars’ No. 85, May 21, 2021

Viral image
stated on June 6, 2021 an Instagram post:
“Donald Trump gave his big speech today with his pants on backward.”

Viral image
stated on May 18, 2021 a Facebook post:
Says James Mattis said, “If you burn the American flag you’ll spend two years in the military. I promise you, you’ll be cured of the desire to burn a flag ever again.”